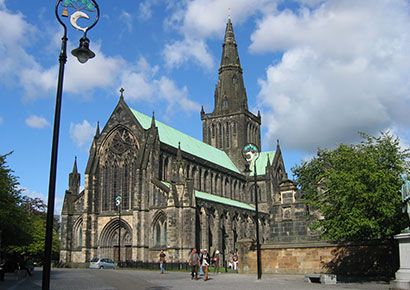 In a groundbreaking move, the General Assembly of the Church of Scotland has voted to apologise to gay people for the history of discrimination they have faced in the Church.

Church leaders, known as Commissioners, agreed that the Church should take stock of its history of discrimination against gay people, at different levels and in different ways, and apologise “individually, corporately and seek to do better”.

They also approved a report at the annual General Assembly meeting in Edinburgh this week that could pave the way to allow some ministers to conduct same-sex marriages in the future.

Presenting the report, Theological Forum convener, Very Rev Professor Iain Torrance, said he and his colleagues could see “no sufficient theological reason for the Church not to authorise specific ministers to officiate at same-sex weddings”.

He added that this would only be acceptable as long as ministers were not forced to marry same sex-couples and could decline to do so “for reasons of conscience”.

Professor Torrance told commissioners that the Church’s journey on the issue had parallels with the one it had taken on the ordination of women in the 1960s.

The vote was taken after three hours of impassioned debate over options presented by the Theological Forum. Some commissioners on the traditionalist wing of the Church claimed the report was “biased” and “one-sided” but their arguments failed to carry the majority.

Speaking after the debate, Rev Scott Rennie, minister at Queen’s Cross Church in Aberdeen, expressed his “delight” that the General Assembly had decided to move forward on the issue.

“There was a real feeling that we have to find space for everyone in the Church and I hope it is not too many years before I am able to marry people of the same gender,” he said.

The Rev Mike Goss, clerk of Angus Presbytery who has been representing the traditionalist wing of the Church, said he and his colleagues were “frustrated” by the debate and the report that was accepted by the assembly.

He added, however, that he had “no difficulty apologising” to the gay community. “If I have caused hurt to other folk unintentionally then I am more than happy to do it,” Goss said.