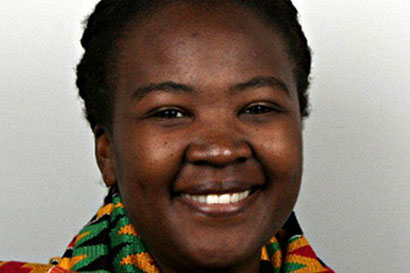 The 13 activists and human rights lawyers detained in Tanzania for “promoting homosexuality” have finally been granted bail, more than a week after their arrest.

The Initiative for Strategic Litigation in Africa (ISLA) has confirmed that the group, including two of its South African lawyers, are no longer in custody.

ISLA’s Matilda Lasseko said that while the organisation is “pleased” that the individuals are no longer in jail, it’s Executive Director, Sibongile Ndashe, and another employee, are not allowed to leave the country.

Although they have yet to be formally charged with any crime, the police have still not returned their passports. The authorities said on their arrest that they were accused of “promoting homosexuality,” despite this not being a crime in Tanzania.

After being released, Ndashe wrote on Facebook: “Thanks for all your efforts. For now, we are all out on bail. No charges yet. Tomorrow morning we will go back to the police station to have a conversation with the police about releasing our passports and allowing us to leave the country. We are still not free to leave.”

The 13 were arrested last Tuesday in a raid on a hotel in Dar es Salaam. They were meeting to discuss a legal challenge to the Tanzanian government’s ban on HIV services to men who have sex with men and other at risk groups.

Amnesty International’s Director of Global Issues and Research, Audrey Gaughran, said that the arrests “are the latest example of the Tanzanian authorities’ ongoing, unlawful witch hunt against the country’s lesbian, gay, bisexual, transgender and intersex community.”

Gaughran argued that this is “illustrated by the fact the authorities have failed to even find a crime to charge them with.”

The Law Society of South Africa (LSSA) added its voice to the outcry condemning the arrest of the 13 people, also noting that there appears “to be no legal basis for the arrests.”

LSSA Co-Chairpersons Walid Brown and David Bekker said that this kind of intimidation “ultimately creates an atmosphere where it is impossible to hold the state accountable for human rights violations.”