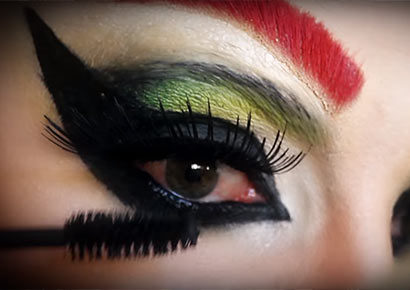 After raising eyebrows with an S&M focus for 2018, the Pink Loerie Mardi Gras and Arts Festival has finally explained the seemingly kinky theme at the official launch in Knysna.

Held at the spectacular Villa Castollini, which overlooks the town, last week’s event offered more details on the controversial theme and some of the plans for 2018.

In attendance was Georlene Wolmarans, Speaker of the Knysna Municipality, local business people and other dignitaries who were curious to hear what the S&M theme is all about.

Entertained by drag artist Corné, as well as singers Tanja Storm and Bea Crawford, the guests were also eager to find out more about the programme for the next edition of the annual event.

Among the most important announcements was a change of date. The festival has traditionally been held during the long weekend in April, but because so many events take place over the same period, the organising committee and the Knysna Tourism Association sat down and looked at the calendar to find another period which is not as congested.

And so the decision was made to find a more suitable date, which means that next year the Pink Loerie will take place from 24 to 27 May.

Hendrik Baird, Station Manager at GaySA Radio, publicist and media partner to the event, stressed that while some plans were still awaiting approval from the Municipality, an initial programme has been compiled.

Pink Loerie 2018 kicks off on Thursday 24 May with a cocktail party at Knysna Fine Art, where Petronel Baard will be performing. This will be followed by a Bears, Beer and Drag event at Mitchells’ Breweries. The newly refurbished Vinyl on Main (the old club Zanzibar) will host the Meet and Greet Party to make sure everybody gets to know each other.

The programme continues on the Friday with an outreach event at the Loeriehof Old Age Home, Vermont Retirement Village, Paula Whitney Crèche and KAWS (Knysna Animal Welfare), followed by a lunchtime show presented by Storm Productions. The VIP Dinner and Fundraising Auction will be hosted at Villa Castollini, while the very popular Mr & Miss Gay Mardi Gras will take place at Vinyl on Main. This will be followed by the official S&M Party at the same venue.

The Saturday kicks off with two events: PinkFootFWD for Brenton, a fun morning filled with sport activities and music, and the Pink Loerie #KnysnaRises Fundraising Concert at the Loerie Park Sport Stadium, which will feature a number of drag acts and musicians, including rock outfit Rebel Remedy and artist Gaston. This event is presented in association with Knysna Tourism, GaySA Radio, Storm Productions, CB Entertainment and Mix Academy Entertainment. 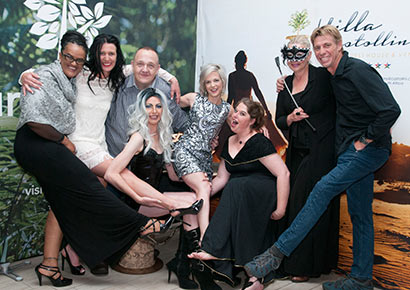 The always popular street parade starts at 3pm and will proceed from Queen Street to Pledge Square and back, hopefully followed by a street party (if the Municipality agrees to it.) Drydock Food Co. will host an After Parade Sunset Ibiza Party for the more mature in the crowd, while the official after party is at Vinyl on Main.

Plans are afoot for a mini gospel show on the Sunday and GaySA Radio is also planning to bring a few theatre performances to the event (more details will be released in due course).

After the devastating fires a few months ago, Baird said that the Pink Loerie will of course continue to support the #KnysnaRises campaign.

So what is the S&M theme all about? Most people immediately think whips, leather and chains, but it was revealed that the theme is actually… Sequins and Mascara!

It looks like Gay May in Knysna is going to be simply dazzling!