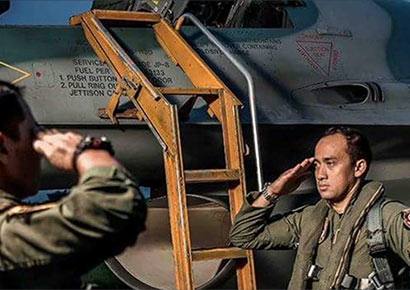 The Indonesian Air Force has stated it won’t accept LGBT recruits because it believes that homosexuality is a mental illness.

That’s at least according to the air force’s official twitter account, @_TNIAU, which stated on Tuesday that any soldiers who committed “immoral acts” would be discharged.

When a user, tnaPurba (@ratpruba), asked if that included LGBT people who wished to join the air force, @_TNIAU replied in the affirmative, reports Straits Times.

“There is (a) mental health test in the selection process. LGBT is included as a mental disorder. If there are still many candidate soldiers who are mentally healthy, then why should unhealthy ones be accepted?” the account’s administrator said.

The air force’s stance is not supported by leading medical and mental health bodies. Homosexuality was in fact removed as a mental disorder by the General Assembly of the World Health Organization (WHO) in May 1990.

The tweets sparked a furious debate between supporters and opponents of the policy on the social media platform.

The account added: “Same-sex intercourse is a sin, right? I am really sorry, but even animals never miss their target (in mating).”

That statement is also not correct. Homosexuality in nature is not uncommon and same-sex attraction has been documented in over 1,500 species.

The LGBT community has come under increasing fire over the last two years in Indonesia. This has included censorship, harassment and arrests, abuse and intimidation by religious groups as well as homophobic condemnations and inflammatory statements by officials.

There were at least five raids targeting LGBT people in private spaces in 2017, despite a pledge by Indonesian President Joko “Jokowi” Widodo in October 2016 that “there should be no discrimination” against LGBT people.