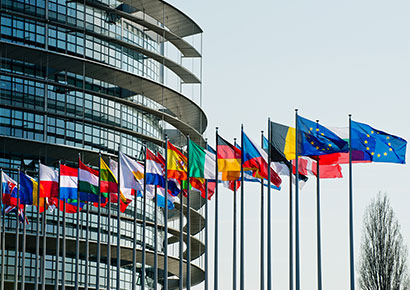 For the first time, the European Parliament has spoken out against attempts to “cure” LGBTI people, known as conversion therapy.

On Thursday, the parliament adopted its annual report on the state of fundamental rights in the EU, as well as a number of additional amendments.

One of these was an amendment, adopted with a large majority (435 in favour, 109 against, and 70 abstentions), condemning the practice of LGBTI conversion therapy.

The amendment states that the European Parliament, “welcomes initiatives prohibiting LGBTI conversion therapies and banning the pathologisation of trans identities and urges all Member States to adopt similar measures that respect and uphold the right to gender identity and gender expression.”

Conversion therapy is intended to change the sexual orientation, gender identity, or gender expression of LGBTI people. It is grounded in the belief that being LGBTI is abnormal.

The World Psychiatric Association and many other mental health bodies have asserted that trying to “cure” LGBTI people doesn’t work and is both dangerous and unethical.

“The UN Committee Against Torture, the Committee on the Elimination of Discrimination against Women and the Human Rights Committee have already condemned the practice of conversion therapy in several countries,” said Sirpa Pietikäinen MEP, vice-president of the LGBTI Intergroup at the European Parliament.

“Today, for the first time ever, the European Parliament is taking a stance against LGBTI conversion therapies. This report is an example of how the EU can be at the forefront of the fight for fundamental rights,” she said.

In Europe, conversion therapy is banned in some regions in Spain as well as in Malta. While not illegal in the UK, England’s National Health Service (NHS) has told its staff to stop referring patients for conversion therapy.

The newly adopted EU human rights report also backs using education as a means to fight LGBTI-phobia; calls for quick, accessible and transparent legal gender recognition procedures; reiterates the need to fight discrimination against intersex people; as well as the need to protect LGBTI EU citizens against discrimination in all areas of life, including education and provision of goods and services.

An amendment urging member states to guarantee freedom of movement for same-sex couples and their families was also adopted.

Terry Reintke MEP, co-president and Malin Björk MEP, vice-president of the European Parliament’s LGBTI Intergroup, said: “Despite great progress in many countries over the last decade, discrimination against LGBTI people is still a reality in the EU. LGBTI people should be free from discrimination, bullying, and violence. Their right to self-determination should be guaranteed, and their bodily integrity protected.”