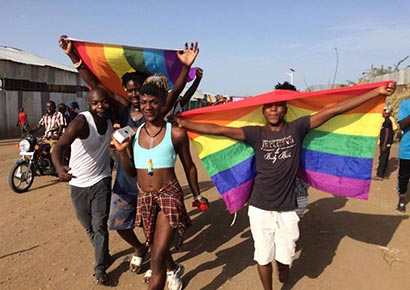 What’s believed to be the world’s first LGBTIQ pride parade held in a refugee camp took place this past weekend in Kenya, but was unfortunately marred by violence.

The Kakuma Refugee Camp in Kenya hosted the event, which was attended by approximately 200 people, Gay Star News reported.

The camp is said to be the third largest of its kind in the world, housing over 180 000 refugees. Of these, there are about 200 who openly identify as members of the LGBTIQ community, many of them having fled from persecution in Uganda.

Speaking to SABC News Online, one of the organisers, Wamalabashier Gibson, said that the event aimed to affirm the humanity of LGBTIQ people.

“We have come out to create awareness to tell people that we are of no harm and we are human beings,” he said. A participant added: “I am very happy. I feel like I am with my family.”

The parade took place on 15 June, and was reportedly also attended by Kenyan officials and representatives from the United Nations. The executive director of Refugee Flag Kakuma, Mbazira Moses, said he had received threats and faced homophobia leading up to the parade. 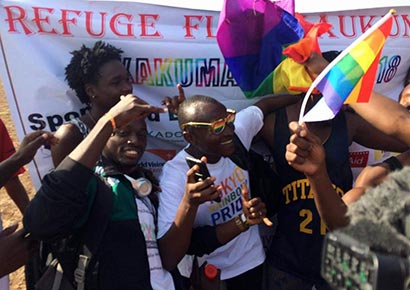 “The event started off with a (soccer) match around Kakuma in the morning,” Moses said, speaking to Gay Star News. The pride also consisted of fashion parades and lip sync performances. “It was successfully attended by 180 of the LGBTIQ refugees and they were joined by many other refugees in the camp who didn’t know about the event. They initially embraced it but later on proved to be violent.”

The violent refugees yelled at the participants, spat on them and tried to throw dirt on the trans models. Although security managed to keep the abusers under control, a lesbian and a trans woman were reportedly later attacked, sustaining injuries.

Despite the violence that occured, Moses said he was happy with how the refugee camp’s first pride event turned out.