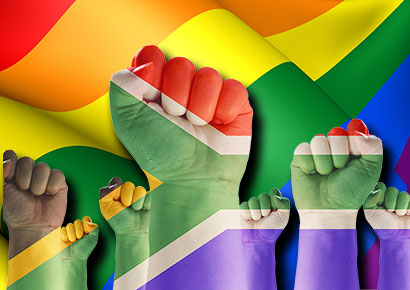 South Africa has been rated at number 26 when it comes to the best countries that have a positive environment for LGBT workers.

The ranking is part of the LGBT Worldwide Workplace Index, compiled by London-based Silver Swan Recruitment.

The company decided to take a look at the best, out of 75 countries around the world, for LGBT people to work in, as a way of marking international Pride Month in June.

It used a number of factors to do so. These were based on workplace discrimination laws, employee rights, minimum wage and the inclusion of the LGBT community. South Africa just made it in the top 30, at number 26 – the only African nation to be included.

The country ranked as the best for LGBT workers was the small European state of Luxembourg, not only because of its progressive employment laws, but also due to its high minimum wage, low unemployment rate and its recognition as one of the most LGBT-friendly nations.

Other countries that ranked highly on the index include Australia at number two, followed by New Zealand, Monaco, France and Belgium. The top 10 is rounded off by The Netherlands, Germany, Switzerland and the UK.

And while South Africa comes in at 26, it managed to beat Sweden, as well as Spain, Slovenia and Colombia in the index. The country did well when it came to LGBT laws and rights, including employment law, and being gay-friendly, but it slipped in the areas of employment rate and, especially, average salary.

Alarmingly the company found in its research that LGBT people are believed to not be protected from discrimination in the workplace in more than 50% of the world.

The USA was featured in the bottom half the list at number 52. The country, despite being seen as an economic global leader in many areas, still does not provide national protection from discrimination for LGBT employees.

The worst country for LGBT workers in the world is Kenya. The bottom five also includes Afghanistan, Syria, Saudi Arabia, Nigeria and Morocco.