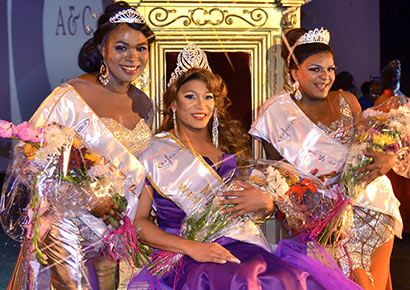 The Joseph Stone Auditorium in Athlone was filled to capacity on Saturday as patrons gathered to watch the crowning of Miss Gay Western Cape 2018. What made the evening even more special was that it was also the 10th edition of the pageant and the 10th year in a row that the event had sold out.

The night was thus a celebration of the last ten years, and started with the yearly three minute countdown. The audience chanted along to the countdown clock from the 10 second mark. As it hit zero, the screen indicated “Let’s take it back to 2009.” Then, Get this Party Started began to play, and the crowd was treated to a recreation of the same opening number from the 2009 edition of the show.

And so Soul Desire Dance Group were back in full force to give the audience what they remembered. As soon as the song ended there was a black out (just like in 2009) and Earth, Wind and Fire’s In The Stone bellowed. All the winning Queens from 2009 to 2017 came out one by one through the audience, wearing the theme wear from their year of reign and each receiving thunderous applause. 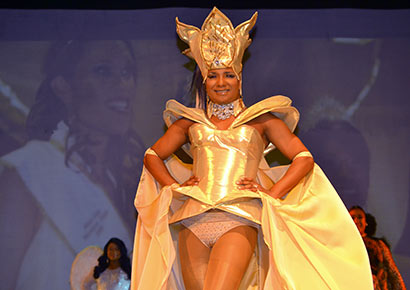 MCs Nathan Kayser and PJ Smith had the audience in stitches and kept the flow of the show going. Contestants were judged in three categories: Theme Wear, Swim Wear and Evening Gown. The theme, “Remembering the Decade,” saw each finalist displaying one of the themes from the previous nine years.

Entertainment for the night included Manila von Teez, with dancers from WeDfy, who had the crowd bopping and clapping along to the beat right up to her now customary leap from the stage into the audience. Ina Propriette also wowed the audience and Idols 2005 winner Karen Kortje’s vocals were on point. Her second song paid tribute to the LGBTI community and brought a lump to the audience’s throat. Angel Lalamore was her usual fierce diva self and performed her unique rendition of End Of The Road.

Once all sections had been judged, the Top 5 were selected and the questions and answers section kicked in, proving that the contestants brought both beauty and brains to the proceedings. Just before the winners were announced, 2017 Queen Emogen Moore did her final walk and paid an emotional tribute to her friends, family and supporters. 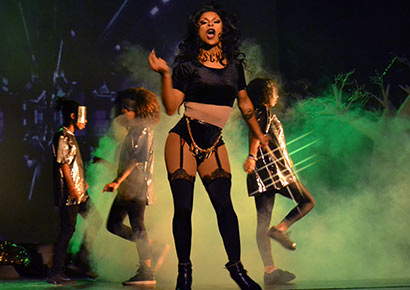 Adrienne Galagatsi, was named 2nd Princess, and was followed by Laylah Raja Novacek as 1st Princess. Finally, the Queen herself was announced and Wendy La Rosa was revealed as Miss Gay Western Cape 2018.

La Rosa, 32, is a teacher from Mitchells Plain who started her drag career in 2011. She has been actively involved in the LGBTI community has previously won Miss Pestova (2013) and Miss Cape Town Pride (2015). She first competed in Miss Gay Western Cape in 2014 and also performed as a dancer and choreographer.

After her win, La Rosa wrote on Facebook that the “passion, courage and bravery” showed by each of the past competitors was what drew her into the pageant. “The pageant made my heart happy and I felt at home. I have learned over the years to look past the negatives of this colourful community and to focus on what’s good and to work on that,” she said. 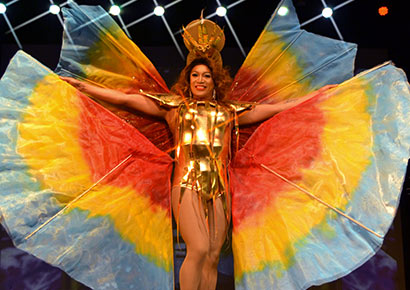 “Thank you for believing in me and seeing a leader and ambassador in me. It is with great pleasure that I take on this role to represent each one of you. Thank you once again for your love and support,” La Rosa added.