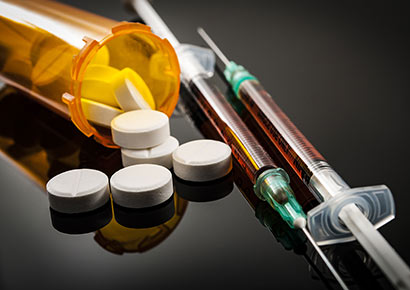 As America grapples with an opioid crisis, it’s been found that those who identify as lesbian, gay, or bisexual (LGB) are more likely to misuse opioids than heterosexuals.

Opioids are a class of drugs that include both illegal drugs like heroin as well as a number of prescription painkillers (such as those with codeine, morphine and pethidine).

Led by researchers at the NYU School of Medicine and published in the American Journal of Preventive Medicine, the study relied on data taken from among 42,802 people involved in the 2015 National Survey on Drug Use and Health.

Study participants were surveyed about their sexual orientation and any misuse of opioids; using the drug without a prescription, using in larger amounts or for longer than directed, or using against a doctor’s recommendation.

Previous studies have found that those who identify as gay or bisexual are more likely to use drugs and experience addiction-related illnesses, such as alcoholism and use of other drugs. This has been linked to the effects of societal stigma, discrimination and external and internal homophobia.

The researchers believe the underlying cause of opioid misuse among bisexual women could be their need for a coping mechanism from the stress and stigma that arises from being not only a minority within a largely heterosexual culture, but also within the lesbian and gay community.

“Our study highlights that adults of sexual minority status, particularly women identifying as bisexual, are at increased risk for opioid misuse,” said senior study author Joseph J. Palamar, MPH, PhD. “With the opioid crisis escalating nationwide, it is important to focus on preventing misuse among groups at highest risk.”