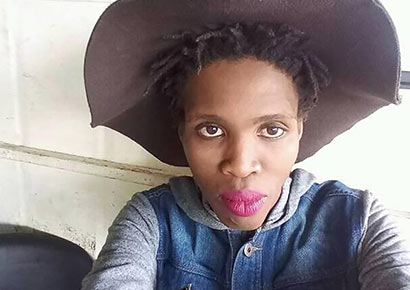 Another attack. Another lifeless queer body. Already marginalised in life, the LGBTQ victims of deadly hate crimes are often reduced to a mere statistic or a brief media report.

We know little about these dehumanised bodies or how they loved, laughed and lived. To make matters worse, their killers often escape justice. A powerful new short film, titled B*tch Makoya, is helping to change this by bringing the impact of anti-queer hate to life.

In January 2018, the body of Kagiso Maema, a 25-year-old transgender woman from Seraleng in Rustenburg, was discovered dumped in a field not far from the tavern she often frequented.

She was partially covered with plastic and had wounds on her head and arm, which appeared to have been caused by an axe. It is also believed that she was strangled. Kagiso was last seen leaving the tavern the night before with a man; with the two captured by CCTV cameras.

Like with many other LGBTQ murders there was a brief surge in outrage but then Kagiso was soon forgotten by the public and our own community. Her killer has yet to be found and her death remains the subject of much speculation.

Queer human rights group Iranti recently launched B*tch Makoya, a 20 minute documentary which looks at the circumstances of Kagiso’s murder and her devastated mother’s search for justice and closure. Also addressing issues of queerness, it includes interviews with her friends and community members.

We spoke to Phumzi Manana, one of the film’s producers about making the documentary.

Can you explain the title of the documentary, B*tch Makoya?

When Kagiso’s body was found, she was recognised by a tattoo on her sleeve that read ‘Bitch Makoya’. Due to her brutal murder, loved ones found it hard to believe that this was in fact her body until seeing the tattoo they knew so well. We chose this as the title of the film. Furthermore, we found the meaning of the words to be significant. Makoya means “real” so it reads “Real Bitch” which further adds to the question of what it means to identify as a woman in South Africa. 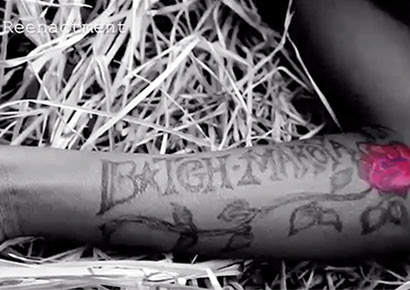 There are many hate crimes around the country. Why did you focus on Kagiso’s case specifically?

We decided to do a story on the ongoing hate crimes in the North West province; during last year’s festive season there had been an alarming number of reported cases including Kagiso’s murder. Kagiso became the focus of B*tch Makoya when we realised the complexities involving her murder and the ongoing case. While she is the focus of the documentary, the story represents many similar hate crimes in the province.

What did you want to achieve by making the film?

The film’s purpose is to create a positive impact and safer communities where we will no longer see hate crimes. We felt that by focusing on the locals, having them tell their own story and thereby showing the impact that hate crimes have on families and communities we can start to influence change. We have found that communities react to seeing familiar faces on screen.

Victims of violence in our community often become names without context. Was challenging this lack of humanity important to you?

It is important to Iranti (Yoruba for Memory) to remember members of the community who face violence and to ensure that the justice system is responsive to these crimes. People are more than statistics. It is not enough to have a brief story and a funeral and be done with it. It remains important to us to challenge the lack of humanity involved when hate crimes are committed and to ensure that we keep working on making sure that we have a future where we can live without fear and descimination.

The film really brings home the impact of these acts of violence on the family. It also humanises Kagiso’s mother and her pain.

Hate crimes affect many people and families are left to face trauma long after the media has forgotten about the crime. We wanted to support Kagiso’s mother and to give her the space to honour her child’s memory and to pursue the case. It is important to us to support the families of hate crime victims

How difficult was it to ask Kagiso’s mother to open up about her pain and experiences?

It’s important as media makers not to be exploitative but Kagiso’s mother is determined to find out who killed her daughter. It is always difficult to ask these questions and to hear them.

Kagiso’s mother comes across as such a powerful woman…

I think Kagiso’s mom is a brave, strong woman and a symbol that parents of LBGTI children should look up to. She accepted her daughter and in her absence she continues to strive for truth and justice.

Kagiso seems to have generally been a much loved person in the community. Was she?

From our conversations and interactions with the community, Kagiso was loved and accepted by her community. We spoke to taxi drivers – community members who one would expect to be patriarchal and discriminatory – who were affected by her murder. The community is surprised and traumatised by what was done to Kagiso. 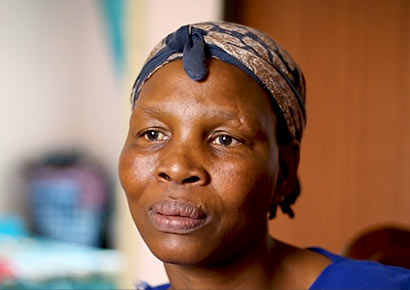 The film addresses issues of queer identity. Kagiso is referred to by those interviewed as ‘a woman’, as ‘a drag’, as ‘a him’, as a ‘gay boy’, ‘a her’…

Kagiso came from a Setswana community and much of the language that we use in English to discuss the trans community doesn’t exist in African languages. These terms are all kept [in the film] as they are to illustrate this point.

The tavern owner you interviewed brings up the narrative of trans women being murdered by men who kill them when they “discover” that they are trans. Do you see this as a kind of victim blaming?

I don’t think this is victim blaming, I think this is a member of the community trying to make sense of the crime or the criminal. Since no one knows who killed Kagiso nor the circumstances that led to her murder, this is but one of the many speculations of what could have happened. If it so happened that the murderer “discovered” Kagiso was trans, it is still not Kagiso’s fault.

What do you feel needs to change about how the authorities and society at large deal with these kinds of hate crimes?

I think firstly we need to lose the sensationalist approach to telling these stories. It shouldn’t matter what someone was wearing when they were murdered. The focus needs to be on the crime and criminal. We as a society also need to encourage following up when crimes take place so as to put pressure on the authorities.

Where and how can people see the film? Are there future screenings planned?

We had our first screening in Meriteng, next to Seraleng where the film was made. We felt it important to first share it with the community and have a dialogue about Kagiso as well as hate crimes and discrimination in general. We then showed it in Johannesburg and had a panel discussion. We are grateful for the support we have received thus far. We hope to have further screenings and festival releases and will share this information on our social media platforms.