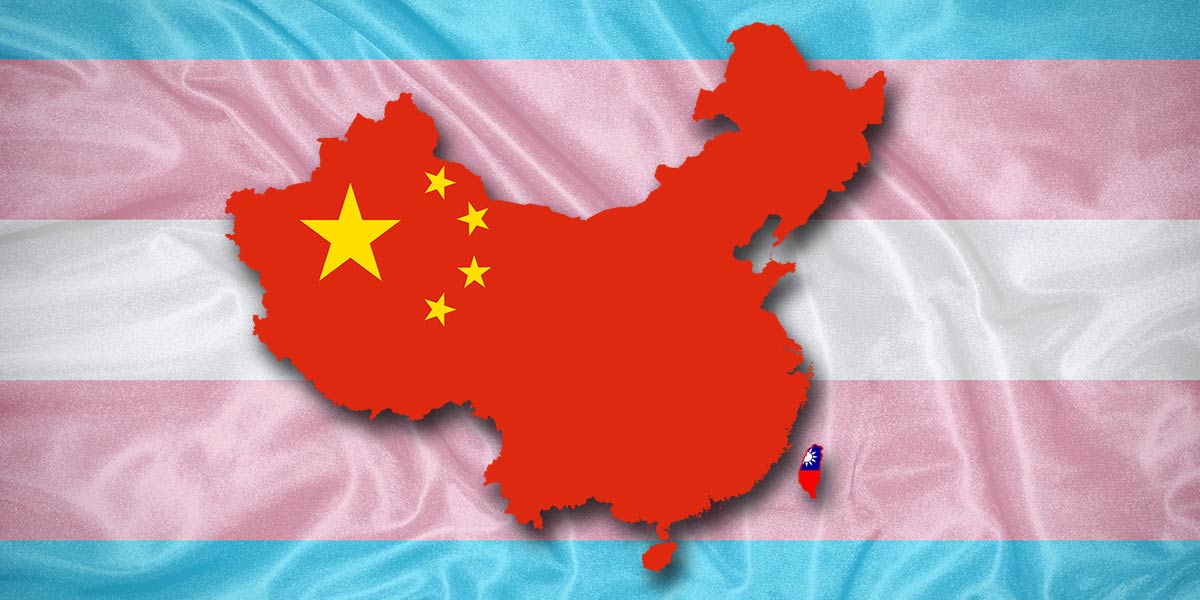 Desperate transgender people in China are performing highly dangerous surgery on themselves and buying unsafe hormone treatments on the black market.

According to a new report from Amnesty International, members of the transgender community are forced into these actions because it is almost impossible for them to access the health care they urgently need.

“China is failing transgender people. Discriminatory laws and policies have left many people feeling they have no choice but to risk their lives by performing extremely dangerous surgery on themselves and to seek unsafe hormone drugs on the black market,” said Doriane Lau, China Researcher at Amnesty International.

In China, transgender people are classed as having a “mental illness” and gender-affirming surgeries require the consent of families. This is a major barrier in accessing safe treatment. Due to the fear of rejection, many transgender people choose not to tell their families.

Many other criteria to qualify for gender-affirming surgeries – such as not being married or having a clean criminal record – also create significant barriers to accessing this treatment.

“The authorities and medical profession must stop classifying transgender people as having a mental illness,” said Lau. “The highly-restrictive requirements for accessing gender-affirming surgeries and lack of health-related information needs to change so people can access the health care they need.”

The transgender community in China is largely invisible and faces entrenched discrimination at home, school, work and in the healthcare system. Despite the challenges, 15 transgender people from across the country shared their experiences with Amnesty International.

Many spoke of the emotional distress caused by the mismatch of their gender and sex characteristics. Huiming, a transgender person from China, felt she had no option but to perform surgery on herself.

The 30-year-old began to self-medicate while still in university, buying hormone drugs via the online black market – but stopped after only a month due to suffering extreme mood swings and significant impact on her mental health.

Accessing gender-affirming treatments at a hospital was not an option as she feared her family would reject her when she asked for their consent. In 2016, she took the desperate decision to attempt surgery on herself.

Huiming felt she had no other option: “I thought I was an abnormal person. How could I explain this to my family? I was both happy and scared. I was scared because I was bleeding so badly, I could die right there. I feared I would still die a man, since I only did part of my surgery.”

Huiming was rushed to the emergency room. She asked the doctor to lie to her family and say she had an accident. Her parents remained unaware about their child’s desperate act to remove her male sex organs. In 2017, Huiming travelled to Thailand for gender-affirming surgery. Before she went, Huiming came out to her mother who accepted her for who she is.

None of the transgender people Amnesty International interviewed had accessed advice from medical professionals when they started taking medication brought through social media chat groups, online shops, and via overseas surrogate shoppers, often at inflated prices.

Without any regulation and oversight, there is a real risk the drugs purchased on the black market are unsafe and counterfeit. Without knowing the required dose, side-effects, or quality of the drugs, many told Amnesty International how they experienced different levels of mood swings, with some even plunging into depression, with no medical supervision or access to a doctor to address these conditions.

People were prepared to risk buying unsafe medication as they wanted to escape the distress triggered by living in a body that did not align with how they see themselves. They did not feel that doctors in the public health system were able to support them.

There is only one multi-disciplinary clinic in the whole of China that specialises in a range of gender-affirming treatments. It opened in September 2018 at Peking University Third Hospital and is the first of its kind in China.

In March 2019, the Chinese government accepted recommendations by the UN Human Rights Council to legislate to ban discrimination against LGBTI people.

“The Chinese government can show it is serious in addressing discrimination against the LGBTI community by removing the barriers transgender people face when trying to access safe gender-affirming treatments,” said Lau.