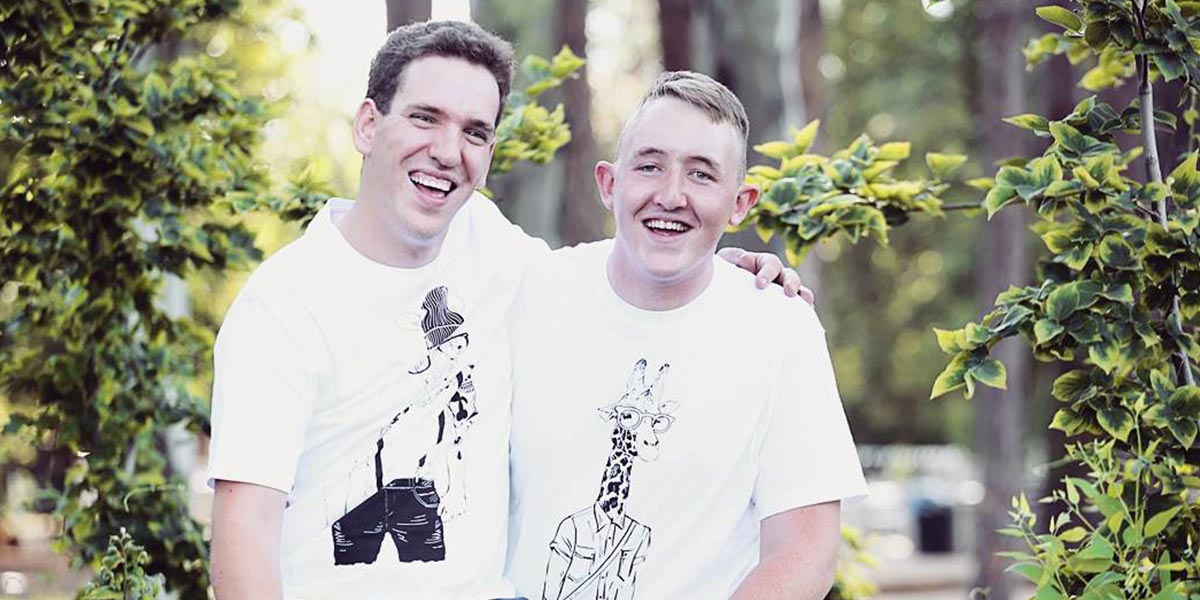 The tragic death of two gay Pretoria men in a road accident has been exacerbated by claims that media outlets have avoided reporting that they were a committed couple.

Bradley Venter (24) and Roger Norris (23) were killed on Saturday on Garsfontein Road in Welbekend. They were initially involved in a relatively minor motor vehicle accident on their way to check their horses at stables.

When the men stepped out their car to assess the damage, they were run down and killed by a second motorist. That individual was reportedly arrested on the scene for culpable homicide and for driving under the influence of alcohol. A passenger was hospitalised with a broken arm and leg.

Social media users who knew Bradley and Roger were horrified and saddened at the news of their death but were further appalled after media reports referred to the couple as “friends” or “best friends”.

Maroela Media, for example, reported that “friends die in Pta accident” and the Pretoria East Rekord also referred to them as “best friends.” It’s understood that Bradley who worked in marketing and sales, and Roger, in the telecommunications field, had a commitment ceremony a few years ago and planned to make their relationship legal later this year. They lived together on a plot outside of Pretoria.

The men’s friends took to social media and the comments sections of the sites to speak out against what they saw as the ‘gay-erasure’ of the couple’s love and identity.

“Why is it so hard for the media to get this correct? The couple you reported on [were] not best friends,” wrote Zyno Ferreira. “They were a married gay couple. Seeing my friends being denied of who and what they were and are is so disrespectful to the community as a whole.”

MambaOnline spoke to Suné van Heerden, who wrote the article for Maroela Media (which has since been amended to reflect that Bradley and Roger were a couple). She said the piece was written based on what she had been told by the families.

“When I spoke to the family they did not tell us that they were a couple. The family said they were friends,” van Heerden told MambaOnline.

She explained that it was only when she saw comments from the men’s friends on the article and reached out to the grieving family once again that it was confirmed that they were together. “There was no intent from our side to conceal or hide that they were a couple,” insisted van Heerden.

Good friend, Peter du Plessis, told MambaOnline that Bradley and Roger were proudly and openly a gay couple. “They were amazing people who lived the way they died; together. They would not want to hide this from the world and they would have arrived at the wake with a pair of heels. I just want them to be remembered for who they were.”

Du Plessis added: “I wish you could have seen them together. They were not your everyday couple, they really, really loved each other very very much.”

A memorial service for Bradley and Roger was held on Wednesday morning. Our condolences to their families, friends and colleagues.