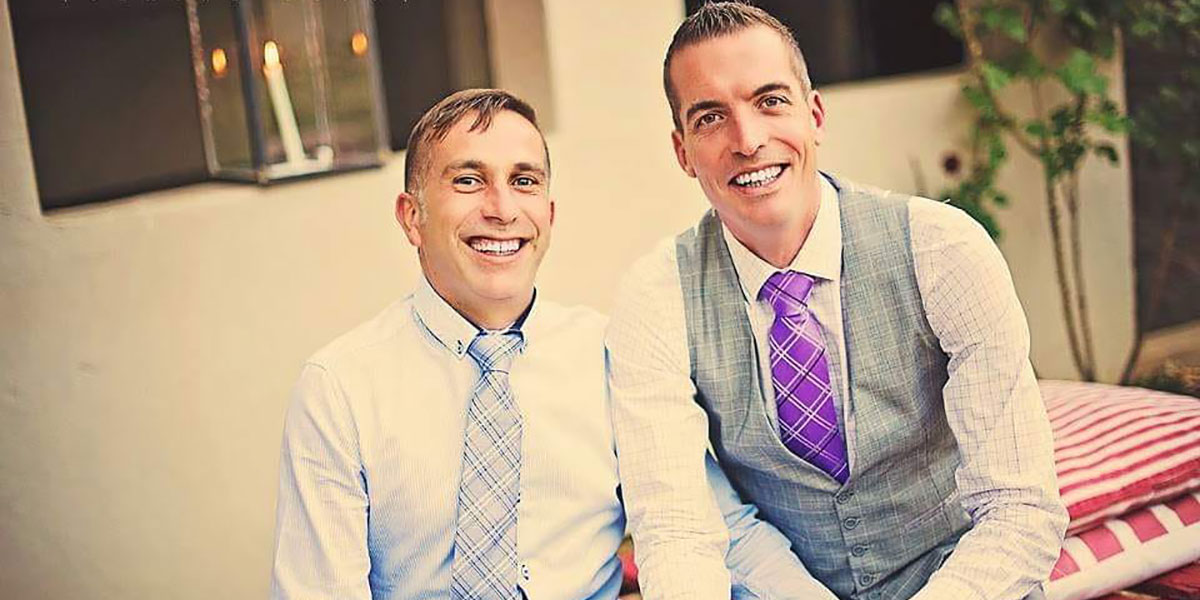 Wayne Johnson’s husband, family and friends are increasingly concerned as he remains missing for more than three weeks.

Wayne (also known by his married name of Wayne Smith), a 43-year-old businessman from Parkview in Johannesburg, was last seen on 12 June in Rabie Ridge, Midrand. He was wearing blue jeans, a white collar shirt and a black bomber jacket.

His husband, Charl Smith, said he last saw Wayne in the morning after he made him coffee. It’s reported that Wayne headed off to work in his 2018 Renault Clio (registration number HJ 07 RG GP).

“It was an ordinary day in our household – I never could’ve imagined that Wayne would just disappear like that,” Charl told YOU.

“It’s been more than three weeks and we have no answers. It feels like one long day from which I just can’t wake up,” he said.

According to the publication, police have identified a man in Kempton Park who was using Wayne’s cellphone and SIM. His car was also briefly put up for sale on Facebook, but the ad was then deleted.

Unbelievably, despite police arresting a man (and then releasing him), it remains unclear what has actually happened to Wayne.

“The suspect handed himself over after being sought by the police for a while and was arrested for [suspected] kidnapping and hijacking as he was found to have been using the missing person’s sim card, pretending to be him,” Captain Sifiso Mabizela told the Rosebank Killarney Gazette. “The missing person’s car was not found.” 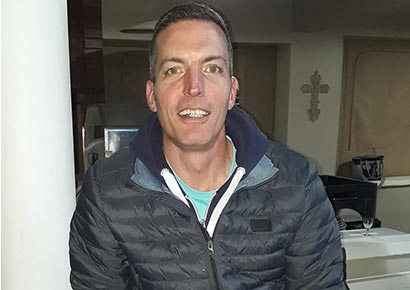 It’s understood the suspect was released pending an application to access the information on the mobile device he had in his possession. On Saturday, Charl, friends and community members held a rally outside the Parkview Police Station demanding that the authorities do something.

“We feel police aren’t doing enough to find Wayne. We’re waiting for answers we’re just not getting,” Charl told YOU.

The increasingly desperate husband has been pleading on social media for anyone who might know anything about Wayne’s whereabouts to come forward.

“Waynie…you are the best part of me, we have never been apart for this long. My heart is broken,” Charl wrote on Facebook, where he has been posting daily updates under the hashtag of #bringwaynehome. 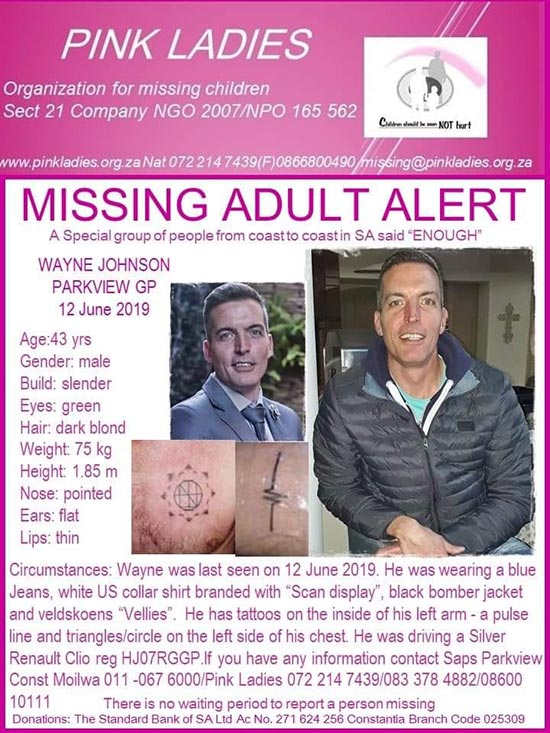