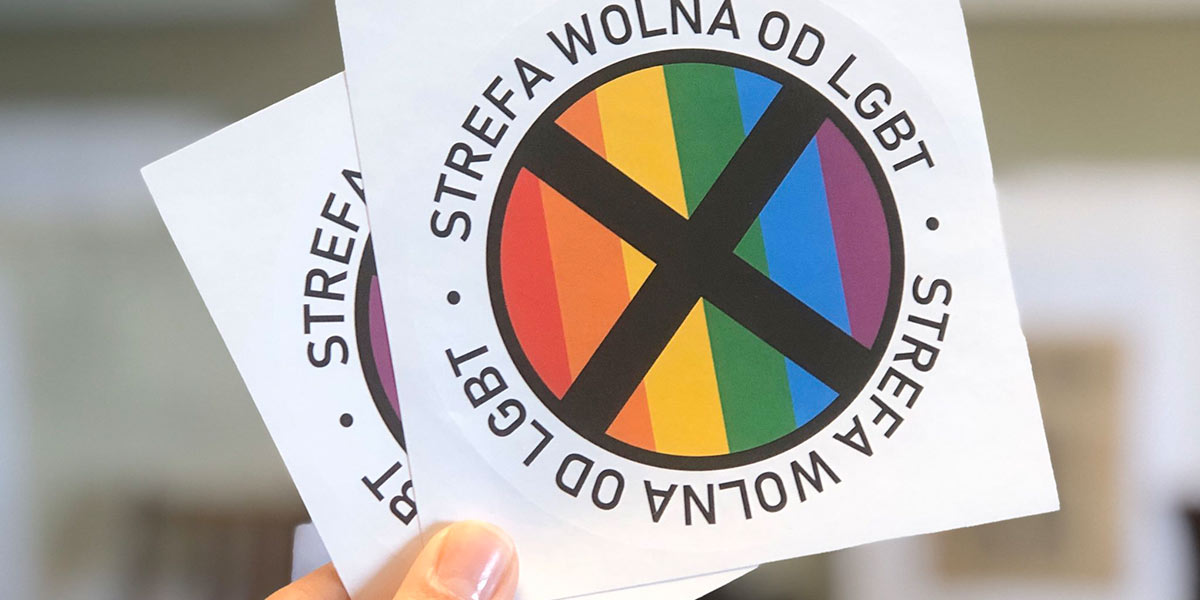 As a court orders a newspaper to stop distributing anti-LGBT stickers, the Catholic Church in Poland is adding to a growing wave of homophobic intolerance.

The Archbishop of Krakow, Marek Jedraszewski, has used the start of the 75th anniversary of the Warsaw uprising against the Nazis to warn of a new ‘rainbow threat’ facing the nation.

“Our land is no longer affected by the red plague, which does not mean that there is no new one that wants to control our souls, hearts and minds,” he said in a sermon at the city’s St. Mary’s Basilica.

“Not Marxist, Bolshevik, but born of the same spirit, neo-Marxist. Not red, but rainbow,” Jedraszewski proclaimed.

The inflammatory and dangerous statements follow a spate of disturbing anti-LGBT incidents in the predominantly-Catholic Poland.

Last week, the Warsaw District Court ruled that the government-aligned newspaper Gazeta Polska must stop including hateful “LGBT-Free Zone” decals in its publications.

Gazeta Polksa has remained defiant and changed the banned “LGBT-Free Zone” stickers to read “LGBT Ideology-Free Zone” and continues to distribute these to its readers.

The newspaper’s stickers echo similar actions by officials from the ruling party who have launched local campaigns to keep cities and regions “LGBT-ideology free.”

In response, Twitter erupted with the trending hashtag #jestemLGBT (#IamLGBT) in opposition to the bigotry.

Its leader, Jaroslaw Kaczynski, described efforts to support LGBT inclusion as “an attack on the family” and a foreign “threat to Polish identity, to our nation, to its existence and thus to the Polish state.”

Last year, the crowning of Mr Gay Europe and the Poznan Pride celebrations were also marred by anti-LGBT protests.

Human Rights Watch has called on the European Union to take action. “Polish authorities have an obligation under the country’s constitution, human rights law, and EU law to ensure equality for everyone in society. If they fail to do so, European Union institutions should act,” said Kyle Knight, Researcher at Human Rights Watch’s LGBT Rights Program.

While LGBTQ people have some protection from discrimination in Poland, the country remains a conservative one. Same-sex relationships are not legally recognised and same-sex couples cannot adopt children.

A February 2014 opinion poll found that 70% of Poles believe that same-sex sexual activity “is morally unacceptable”.