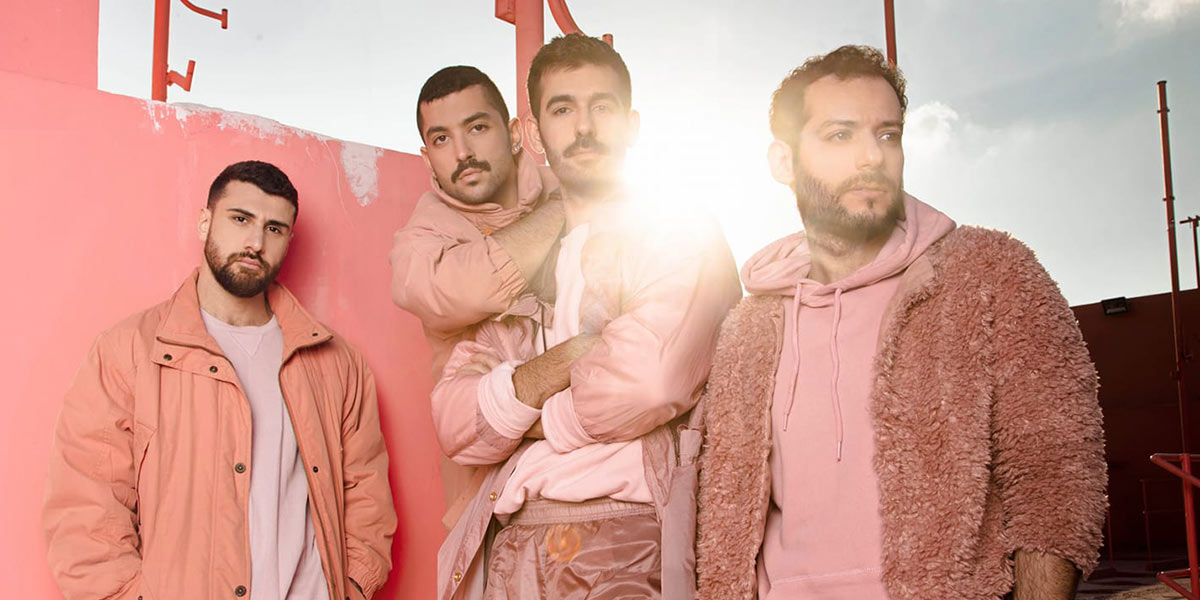 Other artists are being urged to boycott an international music festival in Lebanon after it banned the gay-led group Mashrou’ Leila.

The Byblos International Festival recently cancelled the scheduled August 9 performance by the five-member band, which is known to advocate for freedom and human rights in the Arab world. Mashrou’ Leila’s Lebanese-American lead singer and co-founder, Hamed Sinno, is a proudly gay man.

The Byblos festival committee said it blocked Mashrou’ Leila from performing due to security concerns and to avoid “bloodshed” following pressure and threats from some individuals and Christian groups. The festival is the biggest in Lebanon and attracts thousands of tourists from all over the world.

Mashrou’ Leila was accused of using their music to “offend religious and human values and insult Christian beliefs,” which the band insists is based on false claims and misinformation.

Instead of ensuring that the band and festival-goers would be protected from the violent threats, on July 24, two band members were interrogated by the authorities for six hours.

According to Human Rights Watch, Lebanese State Security officers forced them to pledge to censor content on their social media accounts, in violation of their right to free speech.

Several hours after the concert was cancelled, the band released a statement expressing regret that any of its songs offended anyone’s beliefs.

They assured the public that: “our songs do not insult any sacred religious symbols or beliefs, and that insulting people’s feelings was primarily the result of campaigns of fabrication, defamation, and false accusations of which we were the first victims, and it is unfair to hold us responsible for them. Our respect for others’ beliefs is as firm as our respect for the right to be different.”

“The cancellation of Mashrou Leila’s concert reflects the government’s increased reliance on overbroad and abusive laws to stifle and censor activists, journalists, and artists,” said Lama Fakih, acting Middle East director at Human Rights Watch. “The government’s decision to take action against Mashrou’ Leila while ignoring serious threats against the band shows that it is using insult and incitement laws selectively to censor divergent opinions.”

It’s not the first time the band has faced controversy. In 2016, it was banned from performing in Jordan, reportedly because of their support for LGBT equality. In September 2017, the Egyptian authorities targeted members of the audience who waved rainbow flags at the band’s Cairo concert, leading to a massive crackdown against the LGBTQ community.

At least one group, the Dutch Within Temptation, has pulled out of the Byblos International Festival “in solidarity with Mashrou’ Leila and in support of tolerance, freedom of speech and expression.”

A petition has now been set up calling on acclaimed Chinese-American cellist Yo-Yo Ma to also withdraw from the event.

“This incident demonstrates how criminal defamation, incitement, and insult laws in Lebanon are exploited by powerful groups and how they fail to protect marginalised voices and those who have divergent opinions,” Fakih said. “Lebanon is joining the ranks of abusive governments in the region that trample on free speech rights, pushing out the talent and debate that has made this country what it is.”