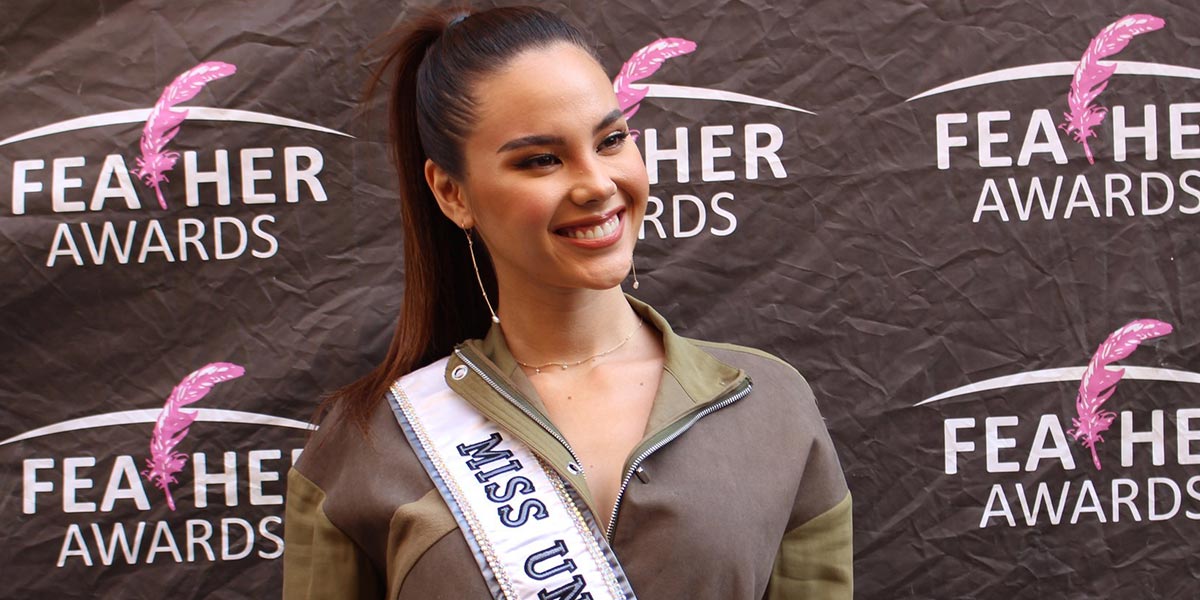 Despite a homophobic backlash, the reigning Miss Universe, Catriona Gray, has resolutely affirmed her support for the LGBTIAQ+ community at a gathering in Johannesburg.

The Filipino-Australian Gray spoke at a Feather Awards Dialogue at Wits University in Johannesburg on Wednesday. The event was hosted by the Thami Dish Foundation and the LGBTIAQ+ campus organisation ACTIVATE.

Gray, who is visiting South Africa to judge Miss South Africa 2019, listened intently to the discussions before speaking from the heart about her experience as a passionate ally.

She said she became a supporter not just because it is simply a matter of justice but also because many of her close friends are LGBTIAQ+.

“How can you care about someone and turn a blind eye that they are not safe, that they are being discriminated against, that they are facing so many challenges and are often isolated and alone?” she asked the audience.

Gray said that anti-LGBTIQ views are often indoctrinated in people from a young age through the communities they grow up in. “What they need is to take part in discussions like this that humanise it for them. That’s what allies and every single person needs to hear – your experiences!”

Gray has been an active supporter and ally to the LGBTIQ community long before she won the title. She, however, has come under fire for her public backing of the community because she is also open and proud about being a Christian.

This week, she shared a post on social media about attending the Johannesburg event and received criticism from many followers, including those from her homeland, the Philippines, which is overwhelmingly Catholic.

“Are you supporting the LGBT community? I thought you are a Christian? You know that it is against the will of God,” raged one follower.

In June, Gray experienced similar attacks when she posted about her excitement in taking part in a Pride-themed Facebook Live event on LGBTIQ rights.

Her eloquent response to the vitriol was that “religion should not be an excuse to hate.” She added that “My belief as a Christian does not limit me from fighting for the rights of others.”

Watch the video below to see what Gray had to say at the Feather Awards Dialogue on Wednesday.