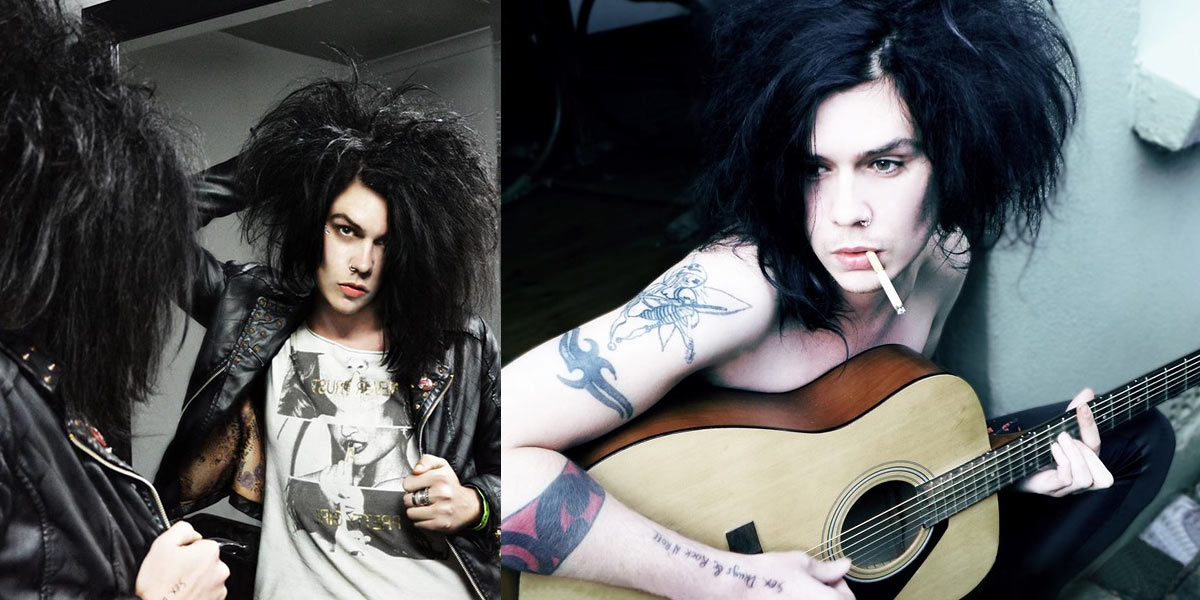 It’s not just LGBTQ people who are on the receiving end of homophobia. A straight Cape Town-based musician has experienced both a gay-bashing in PE and then days later homophobic verbal abuse from the owner of a Durban pub in which he was performing.

Gregory Allen, who is the lead singer of garage punk band The Medicine Dolls, says he was attacked and beaten last week in Port Elizabeth a few hours after a show – because of his perceived sexuality.

“Over the years, I’ve gotten used to being called a f*ggot… [but] being punched in the face by a guy twice my size, and then having my chest and neck stood upon by another, for no reason other than my choice of clothing and hairstyle… is much more rare. It’s pretty revolting, thinking about last night,” Allen wrote on Facebook on 15 August.

Although the singer identifies as heterosexual, he tells MambaOnline that he is often confronted with homophobic abuse “based on my appearance.”

“The assault in Port Elizabeth left me pretty shaken, it wasn’t the kind of bar fight that I’m fairly accustomed to – again, because of my appearance – this was a hate crime, and felt that way.”

Just days later Allen was again at the centre of bigoted vitriol while performing at the Station Masters pub in Hillcrest, Durban on 16 August. During his gig, Allen was subjected to repeated anti-gay slurs – astonishingly, allegedly from the owner of the venue, Tom Harper.

“I remember him shouting ‘gay’ after the first song, and then he started doing it after every song. Friends closer to him heard more slurs and comments during the songs than I could hear,” says Allen.

He is still in disbelief that the abuse came from the owner of the establishment: “That still blows my mind.” In a video that only captured a small part of the performance, Allen is heard responding to Harper.

“We should stand up against homophobia, right?” Allen asks to cheers from the audience. At one point, the camera is turned on Harper, who looks confused.

Allen explains that he purposefully chose not to assert his heterosexuality as a way to react to the heckling. “I would never validate somebody’s prejudice by responding with something like ‘ I’m straight’. I stand with everyone in the LGBTQ community,” he says.

The video clip has gone viral on social media and led to a groundswell of support for the musician while dozens called for a boycott of the venue. Allen was also praised for keeping his cool and completing the harrowing show in the face of the abuse.

“Shit like this makes me sick to my stomach,” commented Anel Van Zyl Greyling on Facebook. I can’t believe that in this day and age there is so much hate. For no reason.”

Christopher Nagel, a performer himself, said: “If venue owners treat the artist booked like this then count me out of it. Homophobia is honestly such a big problem in this day and age and it needs to be put to rest.”

Matthew Golden told the Station Masters: “Bullying starts with adults. We see it first hand.. It’s disgusting.. And to think I am a gay man who supports your bar.”

Some, however, defended the venue and the owner, with one individual saying that their gay family members are regularly welcomed at the pub.

The Station Masters’s owner commented on the video post and apologised to Allen. “I would like to convey my sincerest apologies for my behaviour last night,” said Harper.

He continued: “As mentioned… on the phone when I chatted to you earlier… An awful combination of medication and alcohol lead [sic] to a terrible lapse of character and judgement for which I cannot excuse. You played a fantastic set and did not deserve my heckling.”

Allen does not feel that this is good enough. “I think he needs to apologise publicly, not just to me [but] to everyone that stands for freedom of expression and freedom of sexuality. I hope he has the capacity to grow and change for the better,” says the performer.

MambaOnline called the number listed on the Station Masters Facebook page for comment but there was no answer.