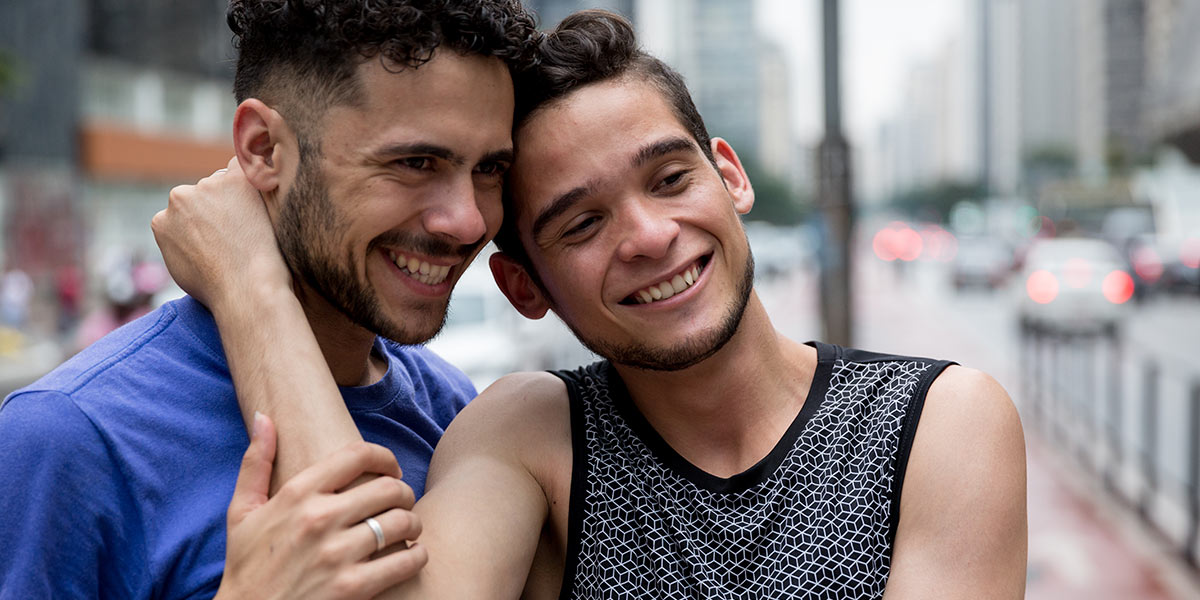 The phenomenon of internalised homophobia is becoming increasingly recognised as a barrier to LGBTQI health and happiness. So what is it and how do we deal with it?

When it recently became known that two survivors of the 2016 Pulse shooting in Orlando, Florida, had founded an anti-gay organisation that encourages people to reject their LGBT identities, the LGBTQI+ community was aghast.

As survivors of the mass shooting at Pulse – one of the most recent acts of violent homophobia, and one that is still fresh in the collective memory of the gay community – this decision seems, on the face of it, a counterintuitive one. It fuels the constant stream of disinformation around changing one’s inherent sexuality, or choosing to do so at will.

The continued debate around so-called “reparative” or “conversion” therapies speaks to what lies at the heart of internalised homophobia.

And whilst most members of the LGBTQI+ community have experienced homophobia at some stage in their lives, very few realise how pervasive internalised homophobia still is among people who tend to lean a little to the right on the Kinsey scale.

What is internalised homophobia?

Also called “internalised sexual stigma” or “internalised oppression”, Meyer and Dean called internalised homophobia the “gay person’s direction of negative social attitudes toward the self, leading to a devaluation of the self and resultant internal conflicts and poor self-regard”, and Locke defined it as “the self-hatred that occurs as a result of being a socially stigmatized person”.

Internalised homophobia can occur across the spectrum of sexuality, and can manifest in a number of behaviours or feelings. In his book, Beyond the Closet: The Transformation of Gay and Lesbian Life, Steven Seidman describes the being in the closet as a “life-shaping pattern of concealment”, and it is this concealment that lies at the root of internalised homophobia.

When we are in our formative years, negative ideas about alternative sexual identities and stereotypes could get lodged in our own perceptions about the LGBT community, and these may still have an effect on our lives much later, when we have left the concealment of the closet – but our lives have still been shaped.

If our behaviour or feelings are shaped by self-loathing, we are dealing with an instance of internalised homophobia that can negatively affect our lives.

How to deal with internalised homophobia

Internalised homophobia has a negative impact on the person suffering from it, but can also adversely affect those around them, as well as affecting the LGBTQI+ community as a whole.

Finding out more about the struggle for equality can give you some background about the strong people that have led the movement throughout history, and create a sense of pride, rather than a feeling of loathing. Educate yourself and examine how the narrative about gay rights could be in juxtaposition with the ideas you might have learnt from people who were less tolerant, and living in a less tolerant society.

If you constantly find yourself in circumstances that underscore feelings of internalised homophobia, consider taking a break from these circumstances in order to examine your life without their influence. Our friends, families or religious communities are often wrought with homophobic rhetoric, and while it is not always possible to get away from these toxic environments, doing so may help you on your journey to complete self-acceptance.

Be self-aware and take a good, hard look at homophobic feelings and behaviours when they pop up, but keep in mind that your internalised homophobia did not originate with you, but with conditioning over a long period in your life. There’s no point in hating yourself because of self-loathing homophobic behaviours – accepting yourself first, warts and all, truly is the first step to overcoming internalised homophobia.

If you haven’t done it yet, and if it is safe to do so, coming out can be an immense relief and can help with self-acceptance. Remember that every person’s journey is different and that you should only come out when you are really ready to do so, and when the environment in which you do it is safe.

Perhaps most of all: realise that internalised homophobia is not something that should dictate the way you behave or feel, and acknowledge that you probably won’t feel this way forever. If you need to speak to a counsellor, contact one of the many LGBT organisations that are operational all over the country.