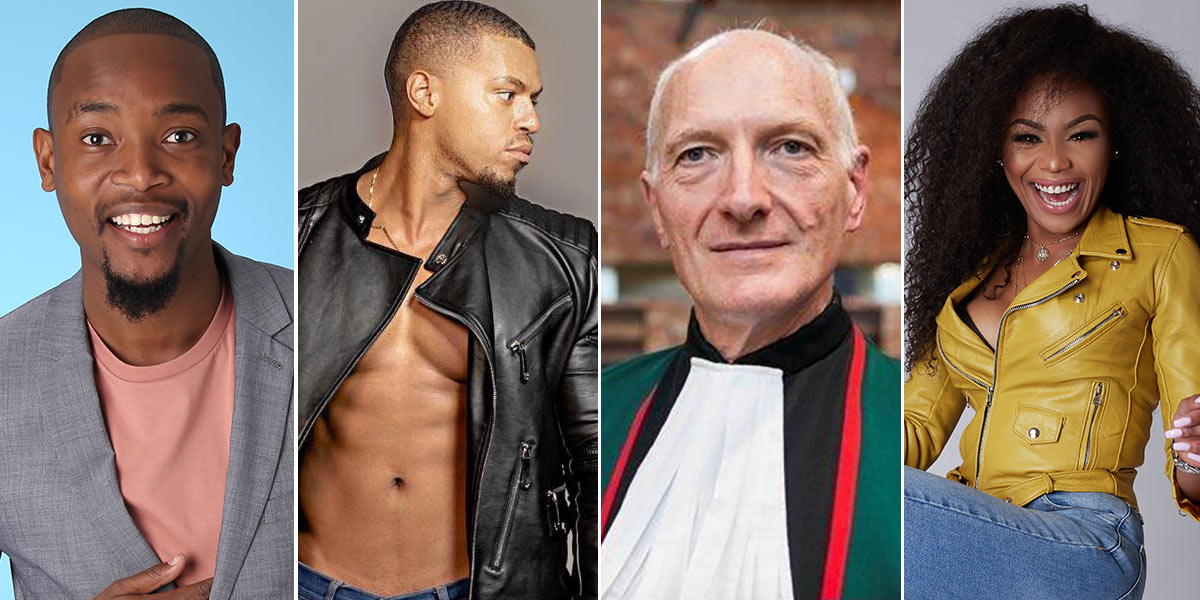 The nominees for the 2019 Feather Awards were announced in Johannesburg on Thursday. The glitzy annual event will also honour recently retired Constitutional Court Justice Edwin Cameron.

The Feathers nominees list was revealed to the media at a ceremony at Constitution Hill. It comprises some of the creative, business and entertainment sector’s most inspiring, amusing, controversial and coveted personalities.

The common denominator is that they’re individuals who, in one way or another, have either inspired, amused, scandalised or represented the LGBTIQ community with distinction, said the organisers.

Nominees include the likes of sportspeople such as Banyana Banyana captain Janine van Wyk, social media personalities like Dr. Sindi van Zyl, divas Somizi and Bonnie Mbuli, drama queens such as Rachel Kolosi, musicians such as Busiswa, parents to LGBTIQ luminaries such as Mally Simelane, and LGBTIQ corporate initiatives such as Nike’s Be True campaign.

The Feather Awards also gives an important nod to media bodies and role models who have done crucial work for LGBTIQ equality. Among these nominees are online platform Inkanyiso.org, which is up for the Media of the Year award, and Wits Activate, which has been nominated for Best LGBTIQ Student Movement.

Recently retired Justice Edwin Cameron – who broke new ground as an openly gay and HIV positive senior official – will be honoured with the Feather of the Year Award and Namibian human rights activist Linda RM Baumann will receive the African Feather of the Year accolade.

The 2019 Feather Awards will host a 2-day festival

Over the 11 years of its existence, the Feather Awards has evolved from an event focusing solely on entrainment-based awards, to include regular LGBTI advocacy programmes.

Among them are the LGBTIQ+ Dialogues in communities across South Africa, in partnership with the Thami Dish Foundation, as a response to the prejudice and socio-economic and structural challenges faced by LGBTIQ people. This year’s dialogues focused on legal rights, health rights and diversities in sexuality education.

“I’m really proud of what the Feather Awards has become, and look forward to it growing to even greater heights,” commented co-founder, Thami Kotlolo. “The Feather Awards event has become a key platform to showcase what’s happening out there within the LGBTIQ community, celebrate our community and allies, and have a complete blast while doing it.”

Kotlolo revealed that there are some exciting new changes in line for the Feathers this year. “We’ve decided to move the date to October to align with Pride Month so that our message becomes a little bit more high impact. We’ve also now decided that we’re going to extend this into a festival, from 17th to the 19th of October.” (Details are to be announced.)

The 2019 Feather Awards ceremony itself will take place on the 17th of October and will see the winners being awarded alongside performances by some of SA’s top talent. There will also be a two-hour ‘Pink Carpet’ extravaganza as a lead-up to the ceremony, where Mzansi’s most outrageous, fabulous, and effortlessly elegant will strut their stuff.

Here are all the 2019 Feather Awards nominees:

Category finalists and winners were selected and adjudicated by a panel consisting of members of the media and entertainment industry “who’re firmly in touch with what’s hot on the South African social circuit,” said the organisers.