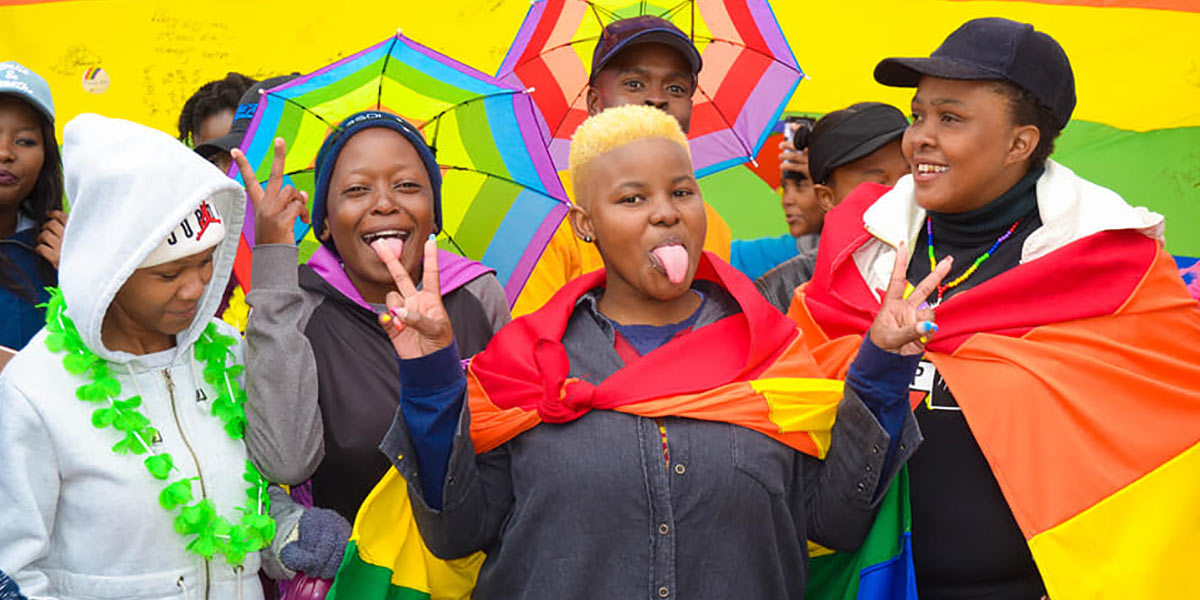 Gauteng’s Pride season is underway! The 7th annual Vaal Pride was held in the historic Gauteng township of Sharpeville on Saturday 7 September and was dubbed an enthusiastic commemoration of LGBTIQ identity.

A small crowd braved a chilly spring morning to gather at the George Thabe stadium for a march to reclaim the streets and to demand safety and equality for the area’s LGBTIQ community.

The procession was hampered by problems with traffic police who initially failed to arrive to secure the event. This was said to be due to a lack of fuel for vehicles.

The delay was further compounded by miscommunication between the organisers and the authorities but the challenges were quickly ironed out and the march finally kicked off at 11 am.

Holding a large rainbow flag, marchers sang and chanted and held up signs with statements such as “My sexuality does not define me” and My Pride, My DNA.” They also marked an emotional moment of silence to remember those who lost their lives to queer-phobic hate crimes.

The march ended at the Dlomo Dam where the event continued into the afternoon with entertainment, stalls, and free HIV services from Engage Men’s Health.

Bruce Walker, the organiser of Pretoria Pride, attended the event to show his support and said that, while it was still growing, Vaal Pride showed “a fantastic spirit,” especially considering the poor weather.

Babazile Sgegede Nhlapo, one of the organisers, told MambaOnline that this year’s outing had the best turnout to date. “We are very happy. This was the most successful Pride out of all the Prides hosted in the Vaal. The march was amazing and people saw the movement!”

Nhlapo said that while community-based events like Vaal Pride may not have the scale of the larger LGBTIQ gatherings in Johannesburg, Pretoria and Cape Town, they remain extremely relevant.

“We are pushing for awareness,” Nhlapo explained. “Smaller Prides [like Vaal Pride] are at the heart of the locations of hate crimes. These are the places we need to unite communities!”