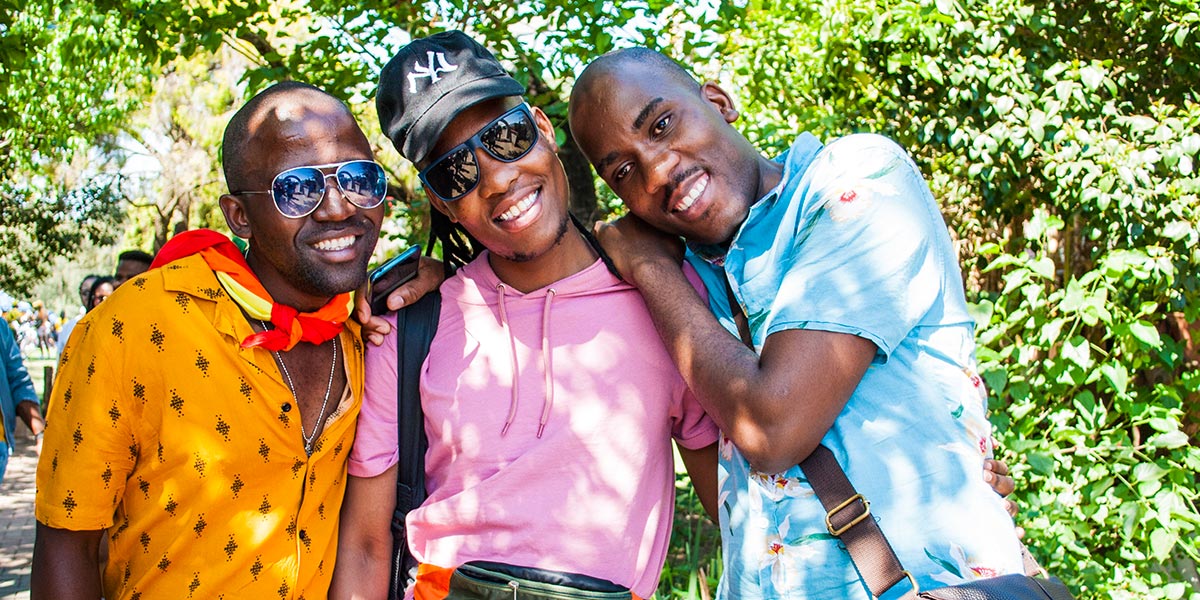 Celebrating 15 years of activism, Soweto Pride 2019 took place on Saturday 28 September in Orlando under the theme of ‘Fly Your Freedom Flag’.

The event, organised by the Forum for the Empowerment of Women (FEW), kicked off with a march that aimed to reclaim the streets by making a public demand for equality and justice (see pictures of the march here).

The procession concluded at the uBuntu Kraal venue where hundreds of LGBTIQ+ people and their friends and allies gathered to celebrate diverse sexualities and gender identities in a safe and welcoming space.

As the crowd swelled into the afternoon, revellers were treated to a variety of entertainment, including live performances and DJs, speeches and even a safe-S&M demonstration.

A large gazebo protected the throng from the sun, while others picnicked on a grassy area or around the pool. Community stalls provided insight into the work of various NGOs, such as Iranti and Access Chapter 2, while HIV and sexual health information was offered by Engage Men’s Health.

A kids’ play section reflected the diversity of the LGBTQ community, illustrating that we too have our own families and children.

The party continued well into the night, ensuring that the 2019 edition of Soweto Pride will be remembered as both an act of defiance and a liberating celebration of the LGBTIQ+ community.

See our exclusive images of the 2019 Soweto Pride post-march festival below.