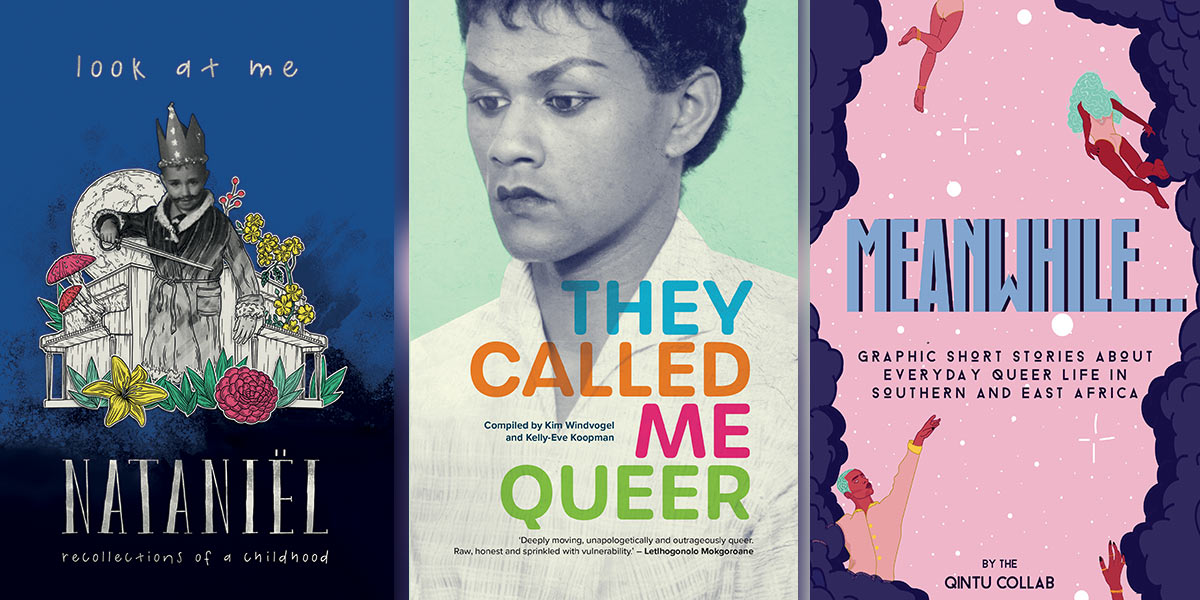 Here’s a recap of the releases which are a must-read for queer book fans and appreciators of graphic art.

Nataniël: Look At Me (Human & Rousseau)

Nataniël is a gay national treasure; known for his music and spectacular shows as well as his writing and cooking talent.

With Look At Me, Nataniël tells the story of his childhood in three small towns and one large suburb, in an era during which rules were seldom questioned and of a young boy’s overwhelming fear of the ordinary.

Nataniël launched his solo career in 1987. Since then he has released 15 albums and 5 DVDs, staged more than 70 original theatre productions and published 16 books. Over the past decade, he has established himself as a producer, director, designer, playwright and public speaker, and as South Africa’s leading exponent of the solo stage act.

This is Nataniël’s very first full­-length book and includes material that has not been performed or published anywhere. He is not only a brilliant performer but also one of the most underrated writers in South Africa: entertaining, moving and very, very funny. The book is an easy read; either as one narrative, or a selection of short pieces. Look At Me is also available in Afrikaans.

They Called Me Queer (Kwela)

Compiled by Kim Windvogel and Kelly­Eve Koopman, They Called Me Queer is a collection written by Africans who self-identify as lesbian, gay, bisexual, transgender, queer, intersex and asexual (LGBTQIA+).

Across the continent, and throughout the world, South Africa has become known for its tolerance towards us, the LGBTQIA+ community. However, even if being who we are is legal, we live in a devastatingly segregated and unequal society, where the combination of race, class, gender and sexual identities still heavily impacts every part of our lives.

This collection of stories is a testimony to who we are. It is an assertion of our struggles, but also our triumphs, our joys. These are our stories of acceptance and rejection, of young love and old lovers, of the agonising thrills of coming out and coming into ourselves, of our sex lives, of our families and communities. 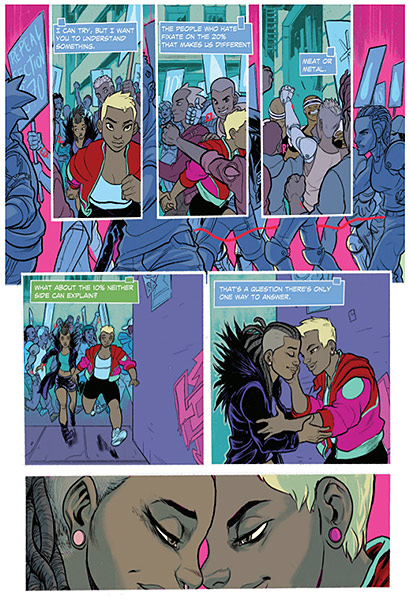 Featuring contributions by 18 queer youth from Botswana, Kenya and Zimbabwe, two academics, three artists and a journalist, Meanwhile is a graphic novel collection that offers a refreshing antidote to one-dimensional depictions of African queer identities.

It brings together contemporary stories, affirming and disquieting stories, urban and rural stories. At its heart, the collection celebrates the diversity and fluidity of queer and African identities, offering a sometimes radical re-imagining of life on the continent.

The book showcases the creatives’ artistry in delightful, thought-provoking ways. Themes that run through some of these stories range from disruption and dreams to longing, lust and love.’

The overarching theme, however, is a sense of waiting, of struggling with and being hopeful in the present. These stories move past the idea that ‘it gets better’ and instead focus on the queerness of the imperfect present, even as we strive toward a more just future.

The 18 contributors from the Qintu Collab “created personal timelines, and made visual maps of their bodies, relationships, and spaces.” They then worked with comic artists Kit Beukes and Nas Hoosen to develop stories that represent their own lives and narratives “into Africa’s first queer collaborative comic.”

Meanwhile is published by GALA, which preserves the historical and contemporary narratives of LGBTIQ people on the continent, through its MaThoko’s Books imprint.

“Meanwhile captures the visual representation of queer life in Africa and depicts a range of human emotions and experiences that abound in the lives of Africans, who identify variously along the sexuality and gender spectrums,” says GALA director Keval Harie.