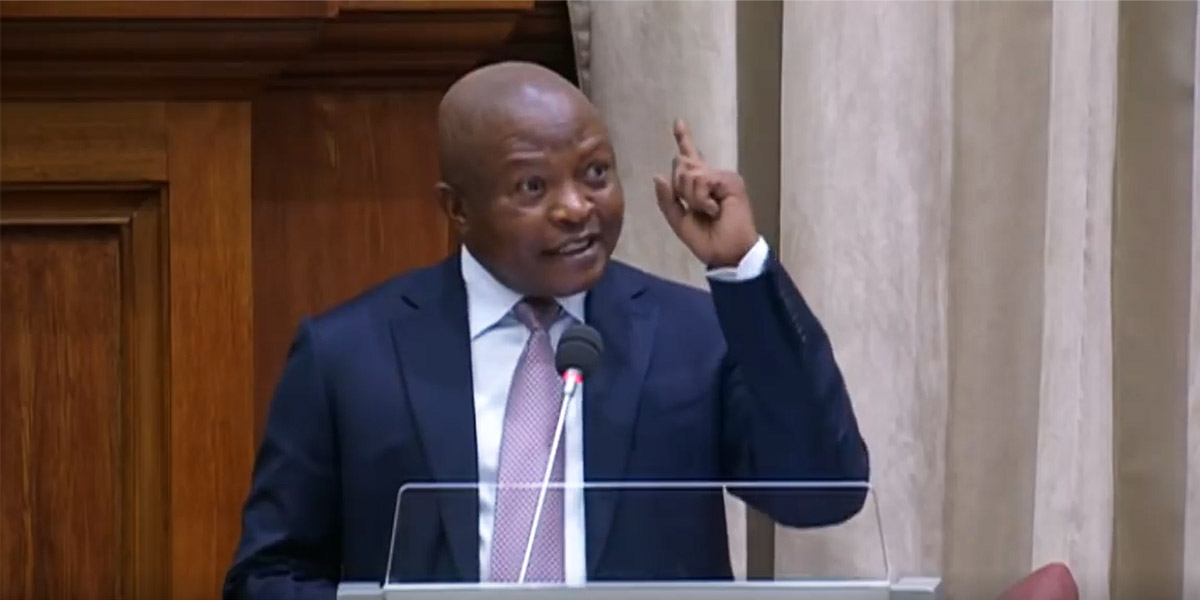 Despite widespread condemnation of Deputy President David Mabuza’s statement that South Africa should not interfere in the persecution of LGBTIQ+ people in Uganda, the presidency has remained silent on the matter.

On Thursday last week, Mabuza told the National Council of Provinces (NCOP) that Uganda is a sovereign state and thus has the right to pass whatever laws it wants.

He was answering a question from DA MP Tim Brauteseth asking him to condemn reports that Uganda plans to introduce a new anti-homosexuality bill that would inflict the death penalty on LGBTIQ people.

Mabuza said that South Africa should not impose its views on Uganda “because our beliefs and our religions are not the same,” adding, “I am sure we must be decent enough to keep our mouth shut.”

The comments were slammed by human rights activists. In a statement, Access Chapter 2 said it was disturbed that South Africa was prepared to “stand and watch while others [are] treated unjustly” and warned that “silence costs lives.”

The organisation pointed out that during the apartheid era the world did not “shut up” and instead spoke out against the apartheid state and provided support to anti-apartheid freedom fighters.

“South Africa cannot remain silent when people across the region and across the world face injustice and while their human rights are being abused,” said director of Access Chapter 22, Steve Letsike. “South Africa’s Constitution is celebrated global, which mean South Africa should be the global champion to advance human rights everywhere.”

Access Chapter 2 called on Mabuza to withdraw his remarks, apologise to the LGBTIQ community, and to clarify South Africa’s position on the promotion of human rights in its foreign policy. The organisation also urged President Ramaphosa to “develop a clear framework for Government on dealing with the rights of LGBTI people in and outside South Africa.”

ANC-allied group Embrace Diversity Political Movement also condemned the deputy president’s remarks. “As a signatory to the International Covenant on Civil and Political Rights, we have the greatest responsibility to stand in solidarity with the many voiceless minority groups subjected to injustices and inhumane treatment,” it said.

“We call upon the African National Congress to strongly condemn this position and offer solidarity to the LGBTQI+ in Uganda. Perhaps Deputy President David Mabuza needs to take note that South Africa, as an incoming rotational chair of the African Union has an obligation that goes beyond just us ‘being decent and keeping our mouths shut’,” Buntse added.

The official opposition in Parliament accused Mabuza of “cowardice”. DA parliamentary leader John Steenhuisen called on President Ramaphosa “to strongly rebuke Deputy President Mabuza’s remarks and blatant refusal to condemn these actions, and to break this government’s silence by taking a strong public stance against the attack on LGBTQI+ Africans in many countries on the continent.”

At the time of publishing, neither Mabuza nor Ramaphosa has responded to the anger and deep sense of betrayal felt by the LGBTQI+ community.