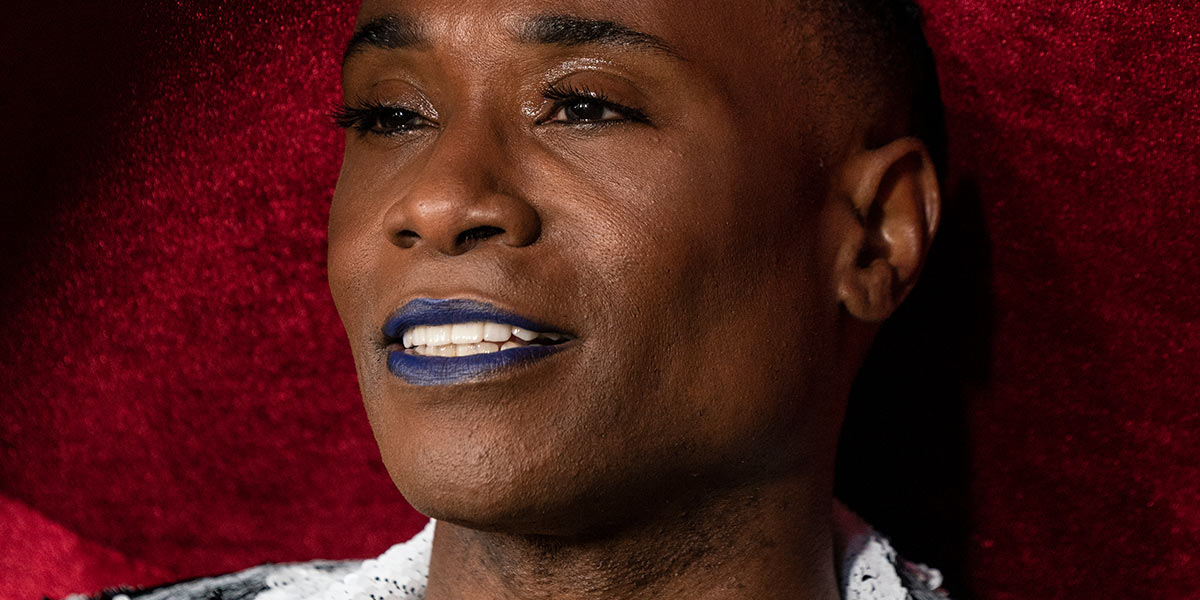 It may seem like singer, actor and fashion icon Billy Porter experienced a meteoric rise to fame in his late forties, but the Pose star has been around for much longer than you think.

Porter recently made history after he scooped the Outstanding Lead Actor in a Drama Series Emmy as Pray Tell in the ‘ball culture’ drama series Pose.  This saw him become the first openly gay black actor to take the honour. “The category is love, y’all, love!” exclaimed the star to cheers from the audience when he accepted his award.

Over the last few years, Porter’s become a dynamic representation of black queer talent, success and fearless fabulousness. He not only wows audiences with his performances but also stuns on the red carpet with gender-bending fierceness. But how did it all start?

Porter cut his teeth on musical performances in church, and eventually musical theatre in middle school. After attending the Pittsburgh Creative and Performing Arts School and studying drama at Carnegie Mellon, he went on to play multiple acclaimed roles both on Broadway, and off.

Years later, he would first start ascending the ladder towards reaching EGOT status (those artists who’ve won Emmy, Grammy, Oscar, and Tony awards), winning a Tony for his performance in Kinky Boots in 2013, and grabbing the Best Musical Theatre Grammy for the same production in 2014. 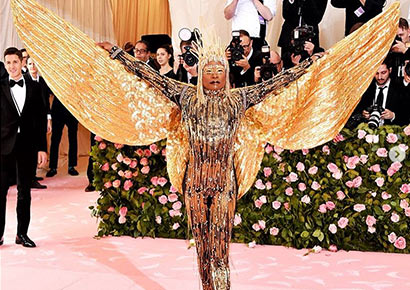 And Porter is certainly making sure he doesn’t go unnoticed in this campaign – his fashion choices have consistently made waves, with the Randi Rahm couture cape he wore to this year’s Golden Globe Awards, the custom black velvet Christian Siriano number he wore when he hosted the 2019 Oscars red carpet event, and his red and pink velvet and tulle ensemble for the Tony Awards deserving a mention.

And Porter’s appearance in a winged gold outfit by The Blonds at the Met Gala this year, carried on a chaise by six chiselled and glittering hunks, is set to be just as iconic as it is now for years to come.

Billy Porter’s fashion exploits are deliberate and meant to attract attention – he tells The Guardian that he knew the tailored jacket and full-skirted dress he sported at the Oscars would be a “thing”, adding, “I didn’t know it was going to be a thiiinnng”. What he wears isn’t simply an aesthetic decision, but also one that is meant to make a point, says Porter. 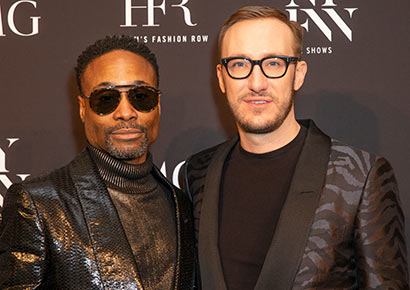 Porter is also proud to appear on the red carpet with his husband, eyewear businessman Adam Smith, whom he married in January 2017. The two first met in 2009 but broke up the next year. In 2015, they reconnected at a brunch (how très-gay!) and reignited their romance.

Unashamed and fearless, Billy Porter is very much like Pray Tell in Pose in the sense that he’s set to act both as a mentor for young members of the LGBTQ community, and a megaphone that relentlessly furthers their cause with style and grace that is truly beyond comparison.