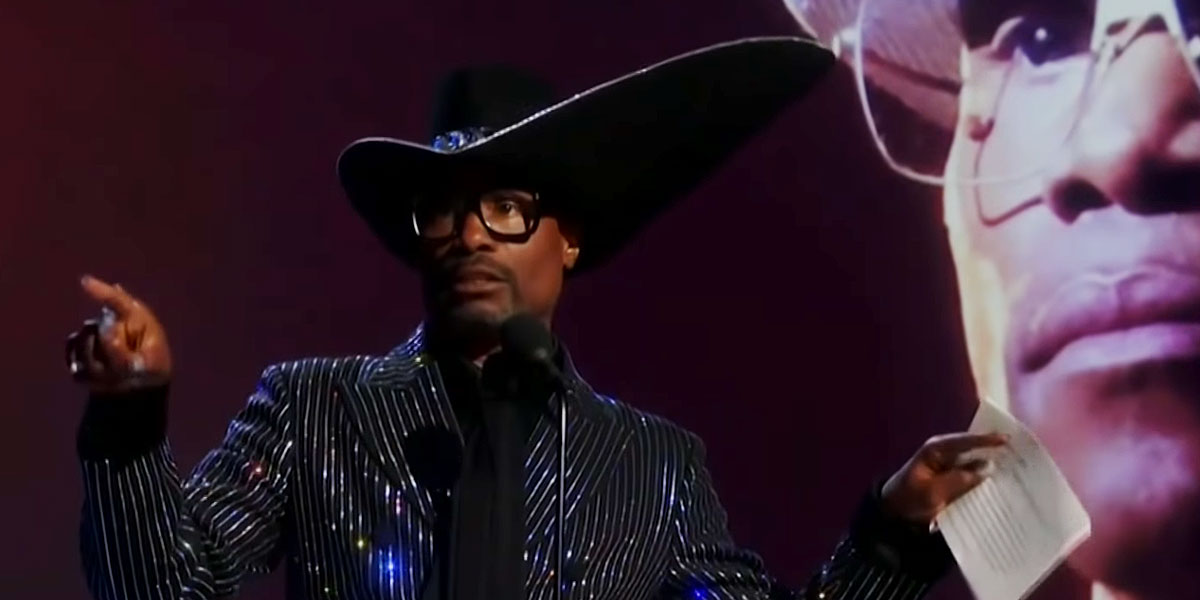 Porter, who had just turned 50 the day before, was recognised for his role as master of ceremonies Pray Tell on the acclaimed drama series, which has been renewed for a third season.

“The category is love, y’all, love!” exclaimed the star to cheers from the audience when he accepted his award.

“[Writer and playwright] James Baldwin said, it took many years of vomiting up all the filth that I had been taught about myself, and halfway believed, before I was could walk around this earth like I had the right to be here.

“The truly talented Billy Porter just made history as the first out gay man and first Black gay man to win the Emmy in Outstanding Lead Actor in a Drama Series, as well as the first time this award has gone to an actor portraying a gay character,” commented GLAAD CEO & President Sarah Kate Ellis. “Congratulations to Billy for this well-deserved honour and for always using his work and platform to showcase the power of being authentic,” said Ellis.

Gay English actor Ben Whishaw won the Emmy in Outstanding Supporting Actor in a Limited Series or Movie for A Very English Scandal. The mini-series, written by out producer Russel T. Davies, tells the true story of UK politician Jeremy Thorpe who stood trial for conspiracy to murder his gay ex-lover, played by Whishaw.

Out actress Cherry Jones, who played Holly in The Handmaid’s Tale, won the Emmy for Outstanding Guest Actress in a Drama Series.

In an emotional moment, Patricia Arquette paid tribute to her late transgender sister Alexis after winning the Outstanding Supporting Actress in a Limited Series or Movie Emmy for The Act. “In my heart, I’m so sad: I lost my sister Alexis [in 2016] and that trans people are still being persecuted,” she said.

“I’m in mourning every day of my life, Alexis, and I will be for the rest of my life for you until we change the world; until trans people are not persecuted. And give them jobs! They’re human beings, let’s give them jobs, let’s get rid of this bias that we have everywhere.”

British comedy series Fleabag and the fantasy epic Game of Thrones were the biggest winners on the night, respectively winning for Outstanding Comedy Series and Outstanding Drama Series.