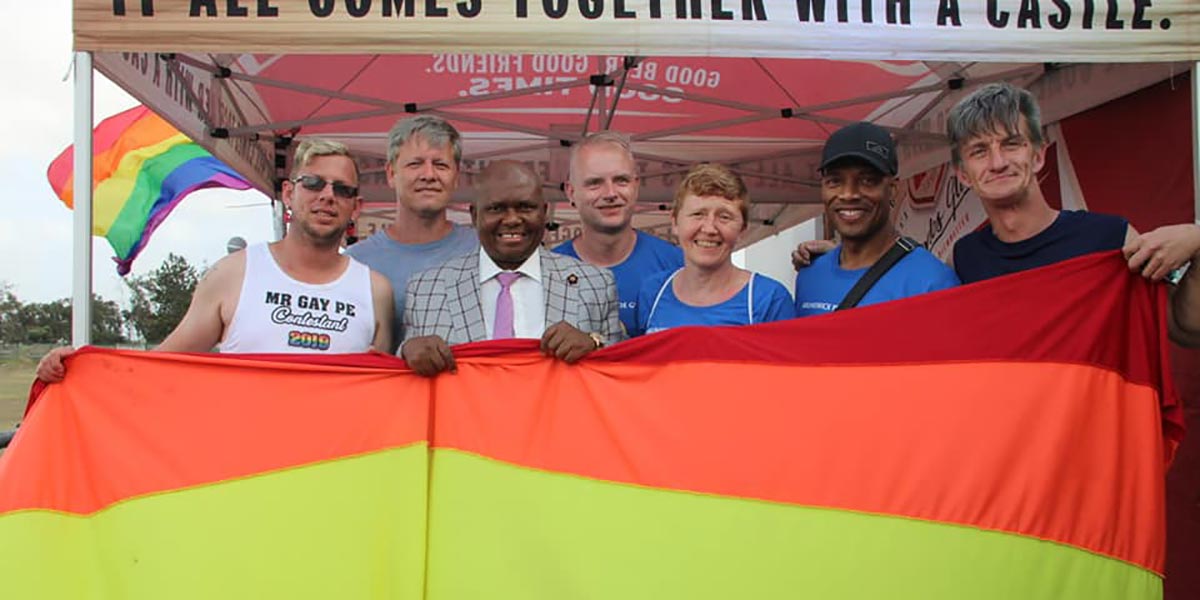 Nelson Mandela Bay Executive Mayor Mongameli Bobani attended this past weekend’s annual NMB Pride where he called for equality and freedom for all.

Saturday’s Pride parade and celebration had a disappointing turnout, following reports of low attendance at other Pride events earlier in the week, including the launch party and fun run.

Nevertheless, a small group of around 70 enthusiastic members of the LGBTQI community marched through the streets of Port Elizabeth on Saturday waving rainbow and transgender flags as cars hooted in support. 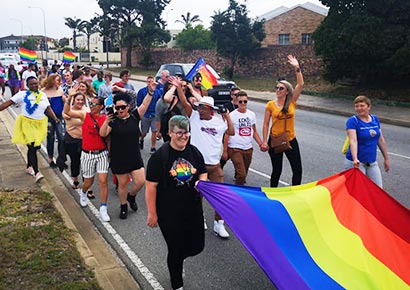 “We unreservedly welcome and thank you for bringing pride, joy and colour to the Nelson Mandela Bay municipality,” Mayor Bobani told a small crowd at the Victoria Park Sports Club after the parade. “On behalf of 1.2 million residents, you are all welcome.”

Bobani noted that the city is the only in the world named after Nelson Mandela, South Africa’s iconic late president and champion for freedom and human rights.

Bobani said that “diversity is about embracing differences” and thanked the organisers for showing that “Nelson Mandela Bay is truly living the spirit of a free and democratic South Africa where each and everyone enjoys equal rights.”

He affirmed that everyone is entitled to live a life free from discrimination, intolerance and abuse because of who they love, how they look or who they are.

“We, therefore, urge the LGBTQI community to expose hate and abuse based on sexual orientation and gender identity and collectively advocate for laws and policies that will protect everyone’s dignity. If we act together, we can reach the hearts and minds of everyone in Nelson Mandela Bay,” said the mayor.

The attendees continued the celebration at the sports club late into the night, with one same-sex couple getting engaged and another getting married at the venue.

NMB Pride organiser Zac Muller dubbed the event “a success” overall, and said that while the turnout was low it was an improvement on last year. 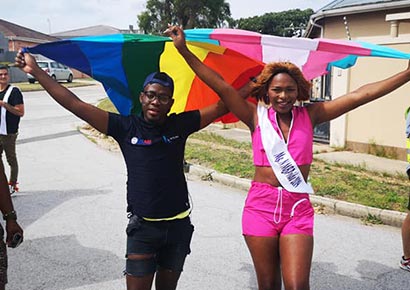 Muller explained that the organisers faced numerous challenges, including a lack of support from other organisations and the community as well as very limited funding.

“A lot of people made promises but never delivered. We did the best we could and we paid for much out of our own pocket,” he told MambaOnline. Muller also noted that the cancellation of the Pride two years ago had weakened the event’s reputation.

He remains positive, however, that NMB Pride still has a future in the city. “This year was a start to begin building it up so that it gets back to a few thousand people [participating]; where it was a few years go,” Muller said.