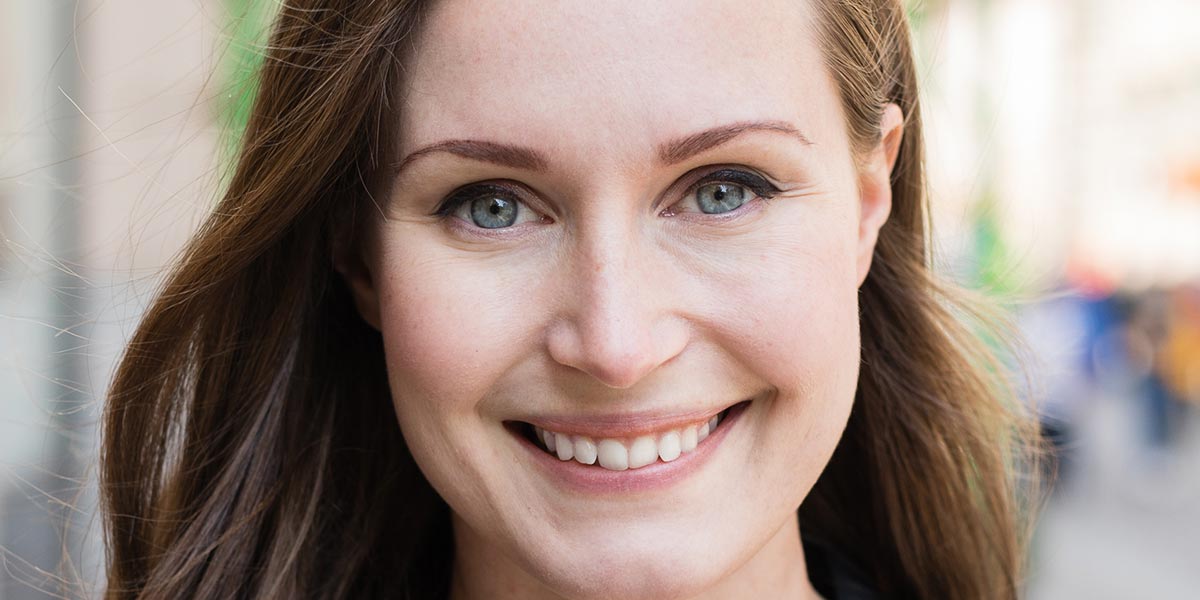 Finland’s Sanna Marin, who recently became the world’s youngest serving head of state, was raised by a same-sex couple.

Marin was appointed the country’s new prime minister by the Social Democratic Party on 10 December at the age of 34 after former leader Antti Rinne resigned.

Marin was first elected an MP in 2015 and served as Minister of Transport and Communications from 6 June 2019 until becoming the nation’s head.

She will govern the country as part of a coalition government with four other party leaders who are all also women.

Marin was born in Helsinki to an opposite-sex family but the couple split when she was very young, in part due to her father’s struggle with alcoholism. She was then brought up by her birth mother and her mother’s female partner.

Marin, who now has a daughter of her own with husband Markus Räikkönen, has described her family as a “rainbow family”. In a 2017 interview, she spoke about how the stigma and silence surrounding her parents caused her some anxiety as a child.

“I remember we had a family that was just right, but for some reason nobody wanted to admit it or talk about it,” she said about feeling “invisible”.

After being sworn in as prime minister, Marin tweeted: “I want to build a society in which every child can become anything and in which every human being can live and grow old with dignity.”

Finland is one of the most progressive countries in the world when it comes to LGBTQ equality. Discrimination based on sexual orientation and gender identity in areas such as employment and the provision of goods and services is illegal.

Same-sex relationships were allowed to be recognised as registered partnerships in 2002 and full marriage equality and joint adoption by same-sex couples were approved by the Finnish Parliament in 2014.