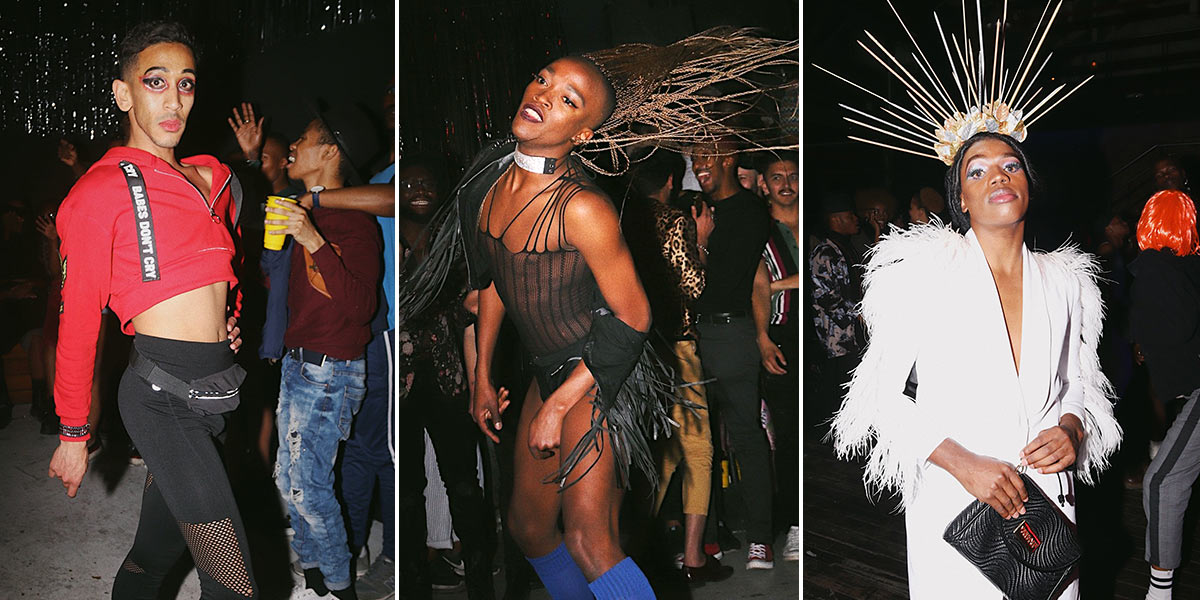 Queer “ball” culture has become an increasingly global movement, including in South Africa. It has given rise to shows and celebrities that we today consider staples of both pop and LGBT culture, but the history of drag balls purportedly extends about a century-and-a-half back, when the first “queer masquerade balls” were held in Harlem, New York City.

As much a countercultural phenomenon today as they were in the late nineteenth century (albeit one that has well and truly cemented its spot in the mainstream), these so-called “drags” went against the laws of the time, which prohibited citizens from wearing clothes of the opposite gender.

Even if the balls were integrated – another way in which attendees went against the grain of society – a lack of black judges compelled people of colour to establish their own balls, setting the scene for the development of ball culture as we know it today.

The writer and activist Langston Hughes called his experience at a drag ball one of the “strangest and gaudiest of all Harlem spectacles in the ‘20s”, writing in his essay Spectacles of Colors that “it was fashionable for the intelligentsia and social leaders of both Harlem and the downtown area to occupy boxes at this ball and look down from above at the queerly assorted throng on the dancing floor, males in flowing gowns and feathered headdresses and females in tuxedoes and box-back suits”.

A place where people could be themselves

Even as the voices of the gay community started growing ever louder by the 1970s, ball culture still provided an important safe space where femme queens could come into their own without fearing for their safety.

Traditionally consisting of four categories – butch queens, femme queens, butches and women – drag balls offered an opportunity for healthy competition and community with other members of the various ‘houses’ and the mothers and fathers who mentor, guide and support them as they harness and hone their craft. Houses compete in various activities – among these, walking, posing, dancing and vogueing – in the hopes of winning awards and prizes.

Drag houses (also called Vogue houses, from the style of dance first developed during drag balls organised by queer people of colour, which mimics the poses held by models and movie stars, placing emphasis on arm and hand movements) haven’t lost sight of the initial purpose of these events: community and acceptance. 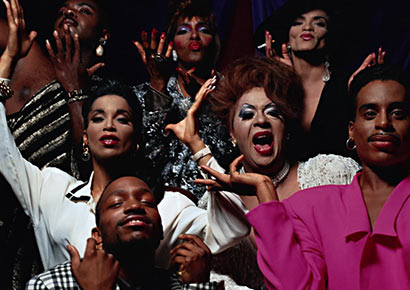 Houses – which can be seen as alternative families – were not just competing teams but were also meant to provide support and safety to members who might have been thrown out of their homes because of their sexuality or gender identity.

Indeed, drag balls have been a mainstay of queer communities of colour for just about as long as they have existed, with French vocalist, DJ and actor Kiddy Smile hailing these events as “a place where people could be themselves.”

Now a member of the Paris chapter of a NY-based house, Smile says, “When I joined House of Mizrahi, it made me think, it allowed me to question things about myself. It helped me become more ‘woke’ about my situation as a gay black man of African origin in France.”

By the late 1980s, house ball culture had started spreading across the world – the seminal documentary film Paris is Burning beautifully chronicles the role it played to African-American, Latino, gay and transgender communities at the end of the Golden Age of New York City drag balls.

Madonna’s dance hit Vogue, was the first mass pop work that brought vogueing and ball culture to the world’s mainstream. Some accused the star of “ cultural appropriation” while others saw Madonna’s song, music video, her Blond Ambition World Tour and the associated documentary Truth or Dare as affirming tributes to ball culture and a platform for the young voguers she worked with.

There is now a growing ball scene in Johannesburg, with two main groups bringing liberating and affirming ball experiences to the queer black community: Vogue Nights Jozi and Le Grand Ball. They hold regular themed events, where houses are invited to compete in categories ranging from “Pretty Boy Realness” to “Best-dressed Spectator”.

At this year’s Afropunk Joburg Festival they will be taking part in The Championship Ball on 30 December, where houses from Johannesburg and around the country will compete in a runway presentation.

“We are using the history of the European and American scene to develop an identity for the African ball scene,” MC and organiser of Le Grand Ball, Treyvone Moo tells MambaOnline.

“For Le Grand Ball specifically, our main target is femme, gender non-conforming and trans bodies; we would like to create a space in which they feel ‘unmarginalised’; where they are the norm and not othered. We hope to one day reunite a factionalised community through the unification of identity, excellence and common ground.” 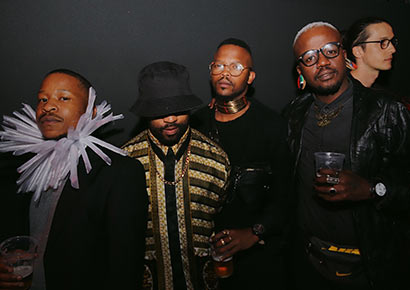 Moo says that the events “aim to redefine and re-imagine the nightlife scene in South Africa by creating safer spaces for queer, trans and non-binary bodies through events that push the boundaries of music, fashion and dance.”

In every instance, the events are aimed at promoting freedom of expression that celebrates inclusion and redefines culture.

“The balls are also used as spaces for queer creatives to use the space as a platform to showcase their body of work to a community and we hope that we serve as a springboard for our community,” Moo adds.

Drag balls might have become more mainstream thanks to shows like Pose and RuPaul’s Drag Race, but in their essence, these events have become grassroots movements in their own right. They provide a space where queer and gender-nonconforming members of the LGBTQI+ community can come into their own in an environment where anything goes – except for judgement and bigotry.