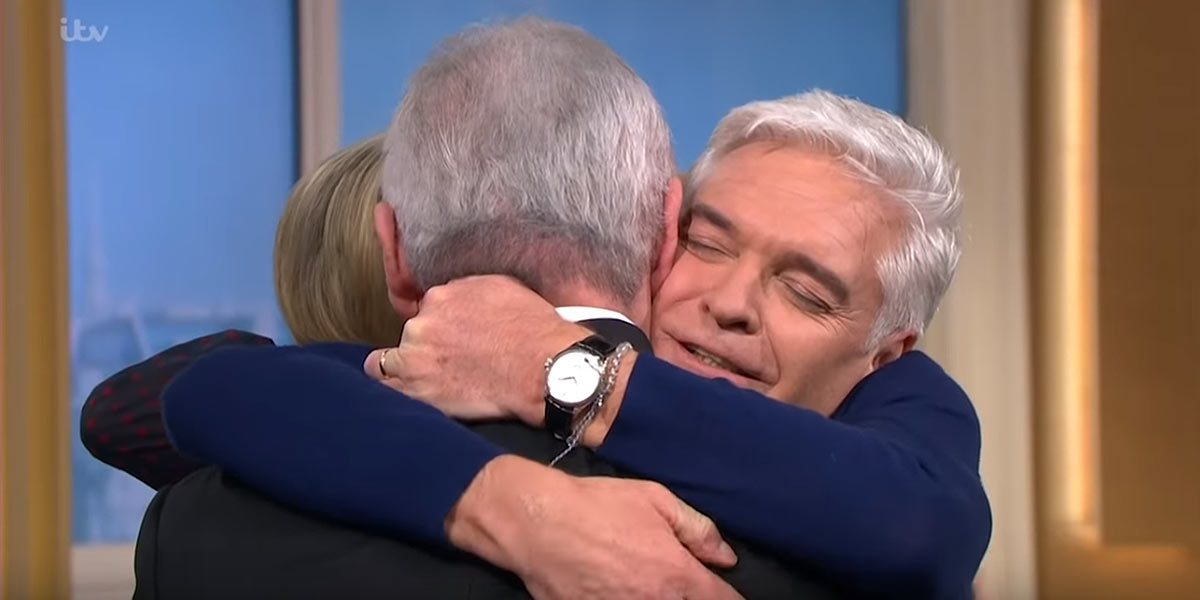 Phillip Schofield came out on This Morning

Phillip Schofield, the longtime presenter of the UK’s This Morning, has revealed that he is gay to millions of viewers around the country.

The 57-year-old, who’s married to his wife of almost 30 years, Stephanie Lowe, and has two daughters, has been presenting the show since 2002, most recently alongside co-host Holly Willoughby.

In a statement posted on the This Morning Twitter page, Schofield said that “With the strength and support of my wife and my daughters, I have been coming to terms with the fact I am gay.”

He wrote that “You never know what’s going on in someone’s seemingly perfect life, what issues they are struggling with, or the state of their wellbeing – and so you won’t know what has been consuming me for the last few years.”

Schofield explained: “This is something that has caused many heart-breaking conversations at home. My inner conflict contrasts with an outside world that has changed so very much for the better. Today, quite rightly, being gay is a reason to celebrate and be proud. Yes, I am feeling pain and confusion, but that comes only from the hurt that I am causing to my family.”

Soon after, an emotional Schofield appeared on Friday’s edition of the show together with Willoughby to talk about his coming out.

“The thing is you know this has been bothering me for a very long time, everybody does these things at their own speed, when they think the time is right. It has consumed my head, and has become an issue in my head,” Schofield added.

Schofield admitted that his overriding emotion with his family was “guilt” but said he is nevertheless “proud of myself today.” When he told his daughters they “jumped up and gave me a hug” and said, “we’ll be okay, we’ll always be a family.”

His coming out was met with cheers and hugs from his co-workers in the studio and has received widespread support on social media.

A statement from Phillip pic.twitter.com/iIE7NcLZ2I