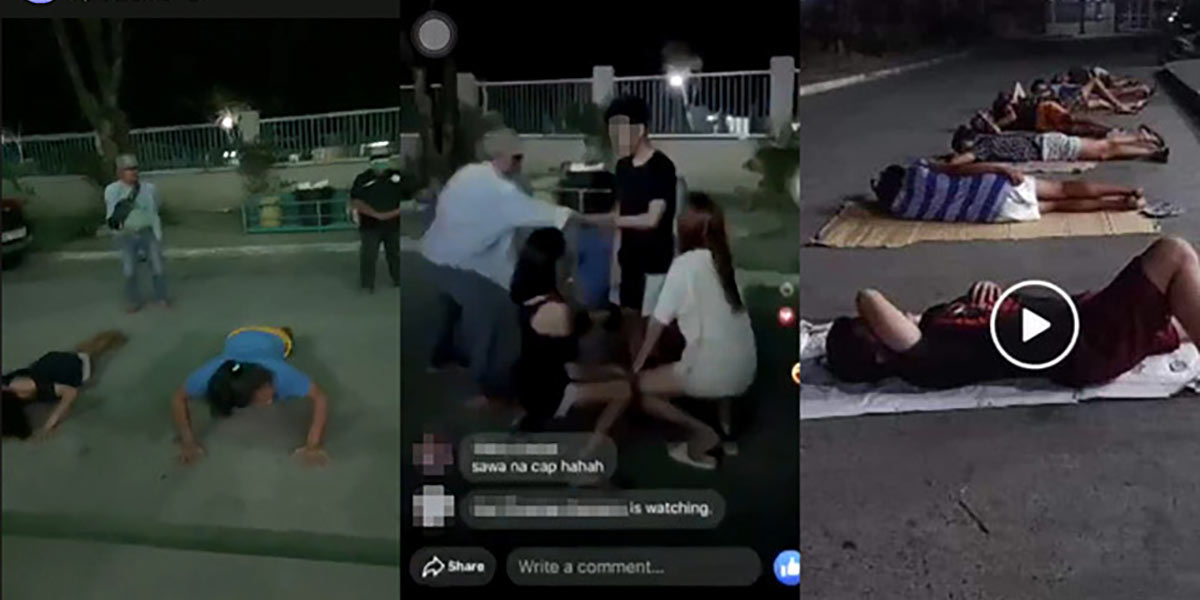 While some members of SA’s police service have been accused of human rights violations amid the coronavirus lockdown, an LGBTQ trio in the Philippines faced very public homophobic abuse.

Rappler reported that on 5 April, three LGBTQ people, aged 20, 22 and 27, were stopped and detained by volunteers in the village of Pandacaqui, in Pampanga province for breaking the country’s Covid-19 curfew.

Two of the individuals explained that they had gone out to buy biscuits for their grandmother but a village official rejected this justification and accused them of looking for sex.

As punishment, they were ordered to kiss, do a “sexy dance”, and do push-ups – all broadcast on a live Facebook video. To add to the abuse, they were identified by their names and the video went viral.

While other individuals who violated the curfew were also subjected to a range of punishments broadcast on social media, the LGBTQ individuals experienced additional abuse because of their identity.

Homosexuality is legal in the Philippines and is generally tolerated but LGBTQ people have few nationwide legal protections from discrimination.

“The incident illustrates the danger of unrestrained law enforcement power under the guise of public health,” said Ryan Thoreson, researcher in the HRW LGBT Rights Program. “Where curfews exist as a means of slowing the spread of the virus, they should be enforced in a professional, measured manner that does not jeopardise people’s rights and dignity.”

Thoreson continued: “Efforts to curb the spread of Covid-19 are essential, but should not be used as an excuse to demean vulnerable groups. The humiliation of LGBT people and others in the Philippines demonstrates the need for oversight and accountability to ensure that officials across the country respect people’s rights and dignity during the current crisis.”

The official behind the punishment has since apologised. “For those who were offended by what we did to the members of the LGBT, pardon me. We respect the LGBT community… Maybe that happened because of exhaustion from catching violators every night,” said Christopher Bombing Punzalan.

The United Nations Office of the High Commissioner for Human Rights has called on nations to address the coronavirus crisis without stigma or discrimination.

It noted that “LGBTI people also face heightened risks during this pandemic, and specific measures should be incorporated into response plans to address these impacts.” The office also urged states to “address misinformation fuelling further stigma and discrimination against LGBT people, including narratives blaming LGBTI people for the pandemic.”