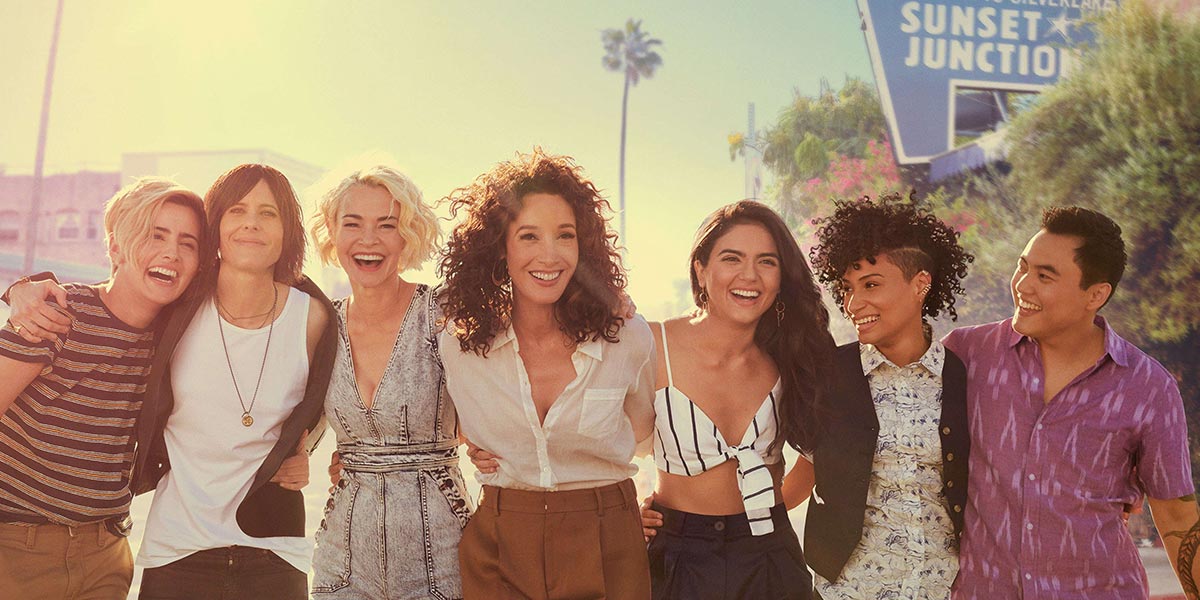 A reboot of the ground-breaking, Emmy-nominated 2004-2009 series The L Word, Generation Q has an 82% critics rating on Rotten Tomatoes, where the critics’ consensus says the eight-episode first season “has style and charm to spare and announces a new phase for The L Word that will please new and old fans alike.”

Alongside Bette, Shane and Alice, Generation Q introduces a whole new generation of diverse, self-possessed LGBTQIA+ characters to fall in love with.

As Slate says, there’s “much to love in Generation Q, a glossy, bighearted show that’s less soapy than the original series but delivers enough secrets, sex, and secret sex to keep the stakes high.”

As The New York Times puts it, “Before The L Word, lesbian characters barely existed in television… Showtime’s decision in January 2004 to air The L Word, which follows the lives of a group of fashionable Los Angeles lesbians, was akin to ending a drought with a monsoon. Women who had rarely seen themselves on the small screen were suddenly able to watch lesbian characters not only living complex, exciting lives, but also making love in restaurant bathrooms and in swimming pools.”

The reboot has been a long time coming. “Part of the reason we felt so emboldened to bring this back, was because there was nothing that ever took its place,” Moennig said in a cast interview with The Hollywood Reporter. “You’d think that in the ten years we were off the air, there would be.”

“It was exciting to have that amount of time go by,” Beals told The Hollywood Reporter, “because you have this new generation that’s come up, that refuses to be categorised, that is insistent on self-identifying both gender and sexual orientation. That’s really exciting, to have these new conversations. When any generation can start completely changing the lexicon of how we talk about gender and how we talk about sexuality, you know that you’re in a really profound moment of change, and so I think it’s a perfect moment to come back.”

“Max [Daniela Sea from The L Word] was the first trans man I had seen, you know, anywhere,” said Leo Sheng, who plays Micah in Generation Q, after making his screen debut in the Outfest winner Adam. “I’d only known a few trans women in my life and it just didn’t click that I could be … me, the way that makes me happy. So that had a huge impact on my life. It’s been such an honour to be part of that.”

Jacqueline Toboni (Jo in Easy, Trubel in Grimm) plays Sarah. Speaking to Moennig, Beals and Hailey as part of The Hollywood Reporter video interview, she said, “I was watching from the first season … sneaking it. I was such a huge fan. It’s really cool, you know: it sort of gave me the permission to dream of being an actor, seeing [you] three on TV.”

It’s a legacy the original cast is well aware of. “It means a lot to us to be helpful in that way,” Beals told The Hollywood Reporter, “and what excites me is that now, you [Toboni and co] are the cast. Now, you will do that for somebody else.”

“When I was young, I had no representation on television,” Hailey said. “I was always searching to find a connection on television or in movies and I just didn’t, so I get the impact that a show like this has. So I hope that it just continues for a long time, and I hope this isn’t the only show, in the end. I hope that people take our place when we’re done with this. I think there’s a vast landscape to fill.”

Showmax is not only streaming the latest The L Word: Generation Q, but also the show’s first six seasons.