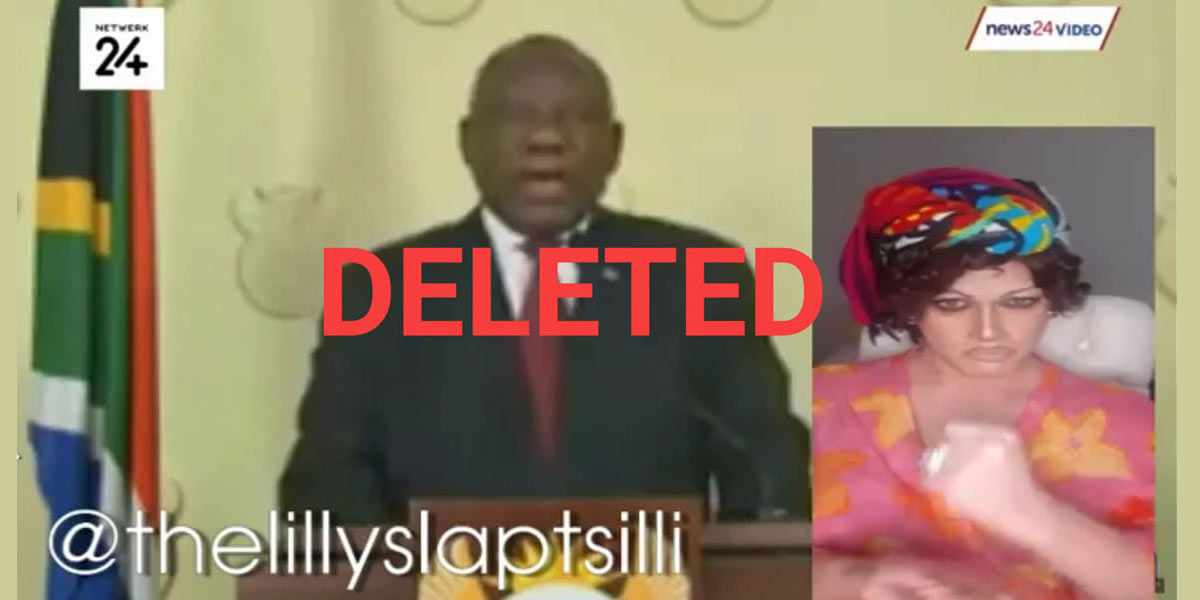 Well-known Cape Town drag star and comedian, Lilly Slaptsilli, is in hot water for a spoof video which has angered the deaf community.

In the clip, which has since been removed from social media, Slaptsilli (aka Clive Allardyce) spoofed a sign language interpreter who appeared in one of President Cyril Ramaphosa’s addresses on the Covid-19 crisis.

Slaptsilli, who was part of the long-running drag duo Mince and performs at venues in the Mother City, has been growing her following on social media with often hilarious videos.

This one, however, was deeply offensive to DeafSA, which represents the around 1.5 million South Africans who are culturally and linguistically deaf, hard of hearing or deafblind.

In the video, Slaptsilli replaced the original interpreter featured in the speech and, dressed in a colourful outfit, used “arbitrary signs that had no meaning.” DeafSA said she not only made “fun of the profession but also mocked The President of South Africa.”

Desmond Kgarebe, National Chairperson of DeafSA described the comedian’s video as “a mockery of our language“ and said that the organisation would submit complaints to the Pan South African Language Board and the SA Human Rights Commission. In addition, it is consulting with its lawyers about taking the matter further.

In a subsequent Facebook post, Slaptsilli acknowledged that the video was “an epic fail” and apologised after removing it from her social media accounts.

She wrote: “As a stand-up comic I have always been super conscious to never offend. I even had the presence of mind to run the clip by my deaf friends who thought it was ‘fun, no offence taken, post it,’ however, it clearly offended some folk.”

Slaptsilli continued: “Anyone who has seen my live shows or follows me on my page will know this to be true. I have paid out of my own pocket over the years for a sign language interpreter to interpret during shows where I knew there were deaf and hard of hearing guests.”

She added: “I offer my sincere apologies to the ENTIRE deaf community and the hard of hearing. Please forgive me. Understand this clearly… I am well aware that I am a public figure and treat that position with respect.”

DeafSA asked that the public “not mock the profession” and stated that “it is offensive to mock anyone’s language.” It added: “DeafSA respects all spoken languages used in South Africa, the same respect for SASL is asked in return.”