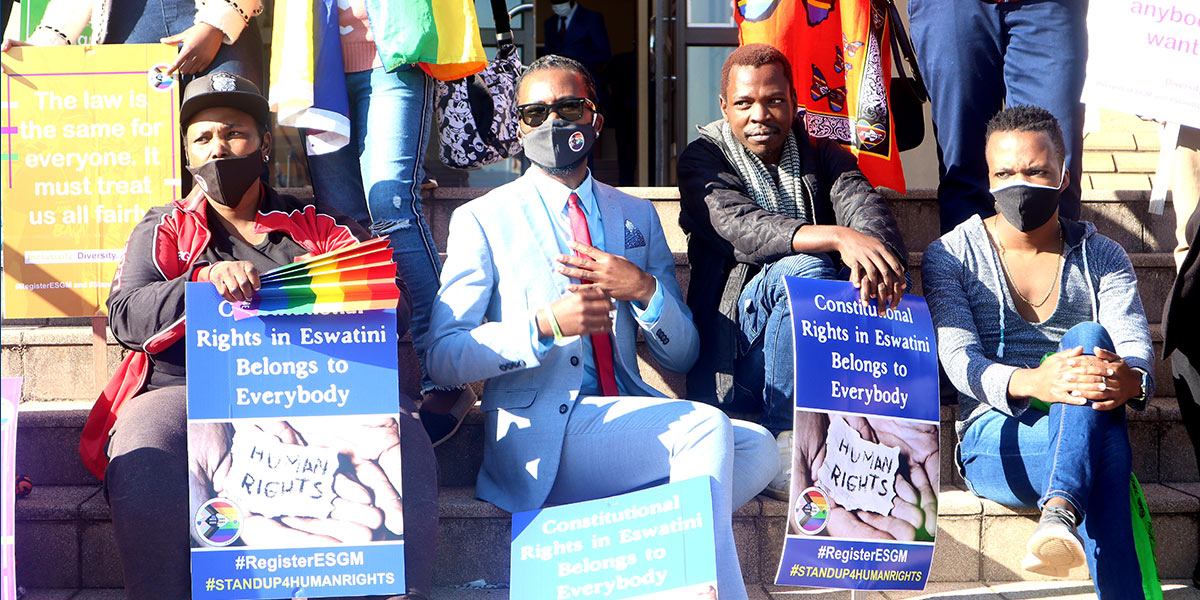 A groundbreaking case in which an LGBTI group is challenging the Eswatini government’s refusal to formally recognise its existence has been postponed.

Eswatini Sexual and Gender Minorities (ESGM) has gone to court over the Registrar of Companies’ rejection of its application for registration because it is an LGBTI advocacy organisation.

The Eswatini High Court was scheduled to hear arguments in the landmark case on Wednesday, but the matter was postponed due to a potential conflict of interest.

Before the start of arguments, Presiding Judge Justice M. Dlamini, one of the three justices set to hear the case, revealed that she is closely related to counsel from the Attorney General’s chambers.

Acknowledging the seriousness of the issue, all parties agreed to a postponement until 23 July so that the matter can be handed over to another lawyer in the Attorney General’s office.

A group of LGBTI activists, members of the community and allies, including EU Ambassador Esmeralda Hernandez Aragones, gathered outside the court to show their support for ESGM and its efforts to secure its right to dignity and freedom of association.

Melusi Simelane, Executive Director of ESGM applauded Justice Dlamini’s candour in coming forward about the possible conflict of interest. He also expressed gratitude to the Attorney General for “the professional manner in which he handled the matter in the best interests of all parties involved.”

Simelane said that “Whilst we are very disappointed by the postponement, we are hopeful that the case will be finalised on 23 July. We want to give a special thanks to everyone who came to court in support of the case today and hope to see you again on 23 July 2020.”

In September 2019, the government, through the Registrar of Companies, rejected ESGM’s application for registration.

“The Constitution, in Section 27, clearly states that marriages must be between men and women, whereas this association wants to promote same-sex relations, which is explicitly prohibited in our Constitution,” argued the Registrar of Companies Msebe Malinga at the time.

“It will be inappropriate for the registrar of companies to register an entity whose objectives are not provided for in the Constitution or any legislation,” he added.

ESGM argues that the registrar’s refusal has violated its members’ rights to dignity, to associate and express themselves freely, to be treated equally and to not to be discriminated against.

Eswatini (formerly Swaziland) in Southern Africa is one of the world’s last remaining absolute monarchies. Offences such as sodomy are illegal and citizens “suspected” of the act can, in theory, be arrested without warrant under the Criminal Procedures Act of 1938.