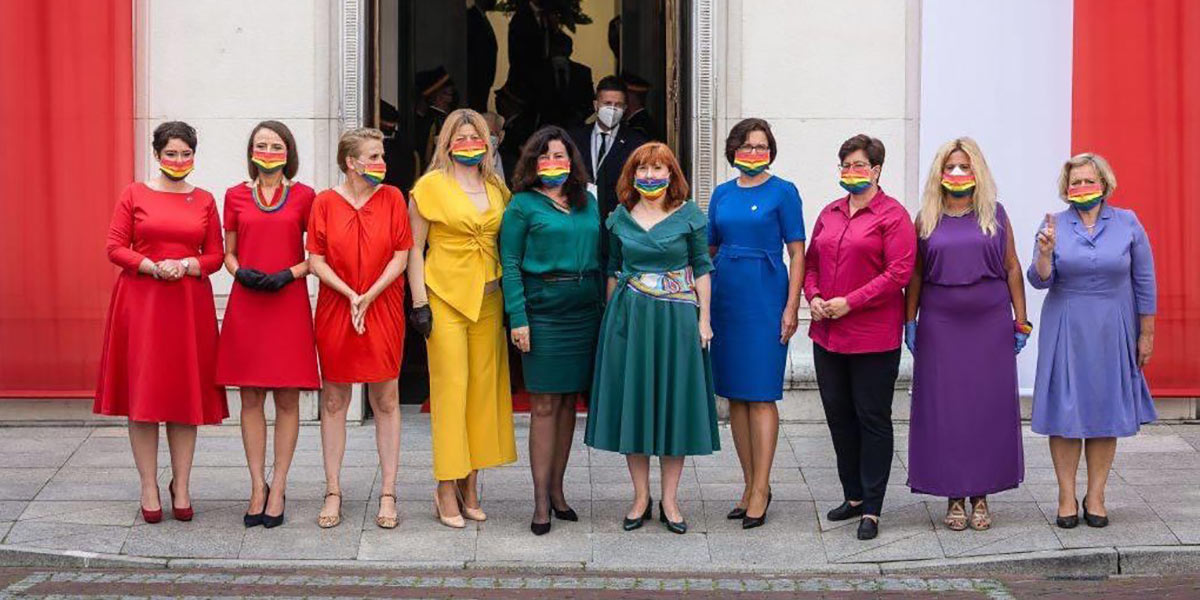 As anti-LGBT sentiment spreads in Poland, a group of MPs protested by dressing in the rainbow colours at the swearing-in ceremony of rightwing President Andrzej Duda.

The MPs wore rainbow masks and some dressed in colours that collectively made up the rainbow flag. “It is our duty to stand on the side of the excluded. Always,” tweeted MP Magda Biejat.

She called on President Duda to remember that “the fight for human rights does not offend anyone, and that the President of the Republic of Poland should protect the well-being of all citizens.”

The homophobic Duda was recently narrowly elected back into power. He opposes same-sex marriage and adoption and has promised to ban LGBT-inclusive teaching. He has warned of the dangers of so-called Western “LGBT ideology,” and claims that LGBT equality is “more destructive” than communism.

This week, three people were arrested for hanging LGBT rainbow flags on statues of Jesus Christ, the astronomer Copernicus and the Warsaw mermaid in the capital Warsaw in protest against Duda’s anti-LGBT policies. According to the BBC, they were charged with desecrating monuments and offending religious feelings and could face up to two years in prison.

The EU’s Equality Commissioner, Helena Dalli, explained that the decision was taken because “EU values and fundamental rights must be respected by member states and public authorities.”

According to Euronews, 80 municipalities in Poland declared themselves “free of LGBT ideology” last year.

Poland does not recognise same-sex civil unions or marriages. While job discrimination is outlawed, LGBT people have few other protections against discrimination.

They are absolutely amazing pic.twitter.com/AuIHUnFF12