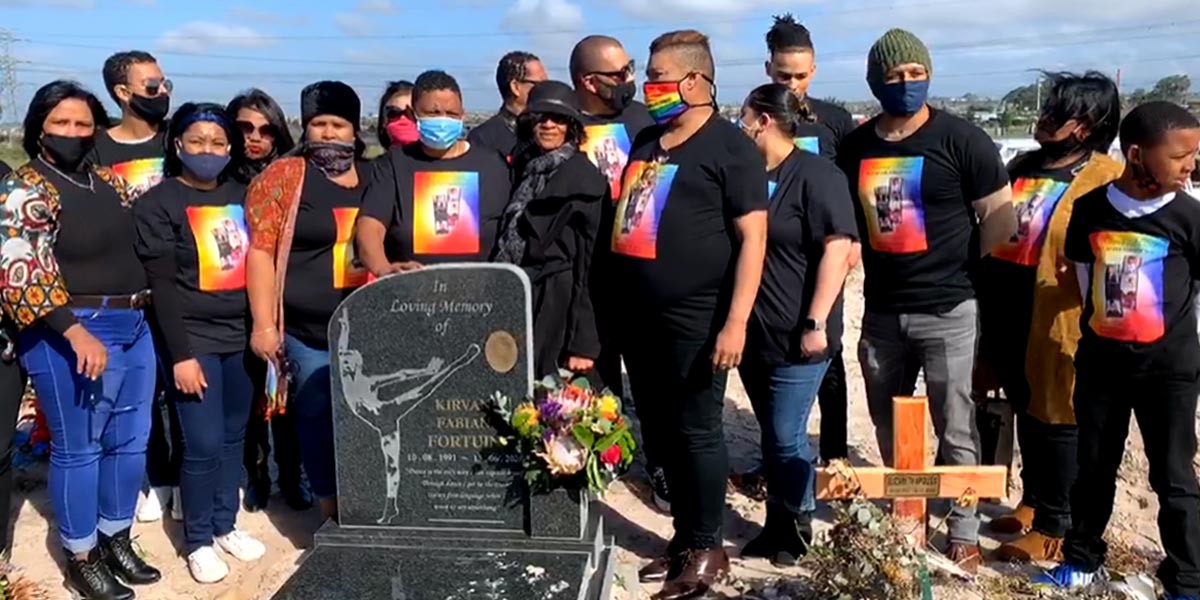 Kirvan Fortuin, the late queer dancer and activist, should have been celebrating his birthday on Monday. Instead, Fortuin’s family and friends met to unveil his tombstone.

Around 50 people gathered at the Welmoed Cemetry outside of Cape Town on what would have been the internationally acclaimed choreographer’s 29th birthday.

Fortuin’s life was cut short on 13 June when he was stabbed to death, allegedly by a 14-year-old girl, after he reportedly had an argument over homophobic comments she made. His senseless murder shocked the LGBTQ and the performing arts communities and made headlines across the world.

Mourners, some dressed in rainbow t-shirts and masks, paid homage to his personality, talents and achievements on a windy Western Cape morning. His parents were also praised for instilling admirable values in their child.

The black marble tombstone is “in loving memory of Kirvan Fabian Fortuin” and features an engraving of the dancer in full flight. It includes a quote from the late performer: “Dance is the only way I can express myself. Through dance, I get to the truth. It’s my first language when I want to say something.”

The mourners then movingly sang Happy Birthday to Fortuin, before leaving for a private celebration of his life. 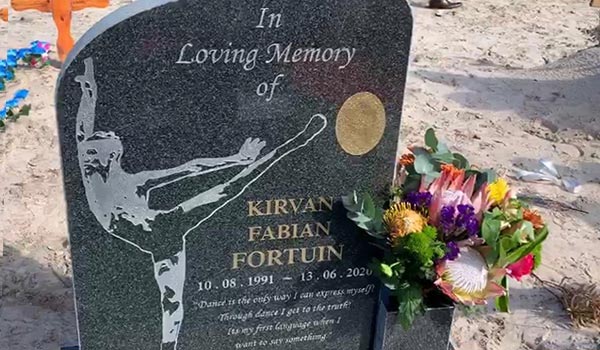 “Today was Kirvan’s first birthday not with us, a day of rejoicing turned into a very painful day,” said close childhood friend Tatijana Lopez. “The murderer really robbed us of a very phenomenal person.”

The occasion also saw the launch of two bursaries in Fortuin’s name: One for a deserving student from his home town of Macassar and one specifically for a promising dancer.

“The ceremony was very fitting for a unique person,” Lindsay Louis, CEO of the Kirvan Fortuin Foundation, told MambaOnline. “We were surrounded by so much love. I think for all of us it is still so surreal. The atmosphere was sombre at times and celebratory. Kirvan once told me that when he dies we should celebrate.”

The case against the unnamed minor accused of murdering Fortuin is ongoing and she remains in custody. “Feedback from the SAPS is that the trial will only really start next year,” said Lopez.