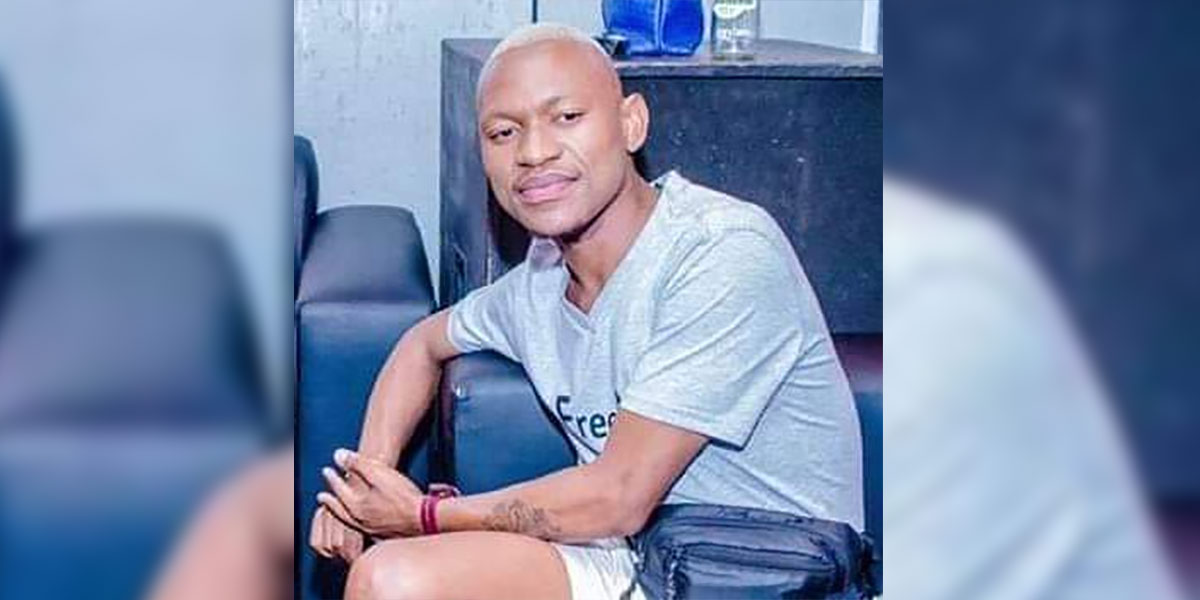 Simangaliso Dyasi (known as Smanga) was murdered in a suspected hate crime.

The LGBTIQ community in Soweto is in mourning following the brutal murder of a gay man, Simangaliso Dyasi (affectionately known as Smanga), in a suspected hate crime.

Dyasi’s body was found on 7 September in his room after reportedly being shot several times. The circumstances surrounding the murder are still unclear.

According to LGBTIQ organisation Access Chapter 2 (AC2), the case is under investigation. The organisation said it is providing support where needed to the family.

“The family is still in disbelief and shock to the killing of their son. They hope that justice will prevail and urge members of the community to cooperate,” the deceased’s brother, Vusi Dyasi, told AC2.

“This is a devastating loss which should incite some reflection on violence against persons with diverse sexual orientation, gender identity, and sex characteristics,” said AC2 in a statement.

“While South Africa sets a benchmark for many countries across Africa, it remains clear that an inclusive Constitution and legal system are not enough and LGBTIQ lives continue to be in danger. Various forms of hate crime and discrimination threaten the lives of many and affect communities, individuals and families.”

A revised version of the Prevention and Combating of Hate Crimes and Hate Speech Bill was approved by Cabinet in March 2018 but has otherwise remained in limbo, with no indication of when it might be voted on in Parliament.

“Parliament continues to play duck and dive on the finalisation of hate crime legislation. The bill has been discussed for almost two decades with different administrations while prejudices, intolerance and hate persist in communities,” commented Letsike.

“This is a total failure for the LGBTIQ community and reinforces the failure of preventing and responding to violence. We will continue to monitor this case through the Provincial Task team. We extend our condolences to the family and friends of Smanga,” Letsike added.

AC2 further called for the Department of Justice and Constitutional Development to take steps to ensure swift justice for Dyasi and other LGBTIQ victims of hate crimes, including ensuring that investigations and prosecutions are fair, equal and speedy.

“We have seen that many LGBTIQ cases go unresolved or unreported,” noted the organisation. “Individuals within the LGBTIQ community fear secondary victimisation at the hands of the public system and certain officials. Bias, homophobia and transphobia lead to slow investigation processes and expose institutional systems that seem to neglect the rights of LGBTIQ persons while simultaneously employing a heteronormative approach that is against the very values set in our Constitution.”

A memorial service for Dyasi will be held on Sunday 13 September at Jabavu Soccer Grounds in Soweto at 12:30.