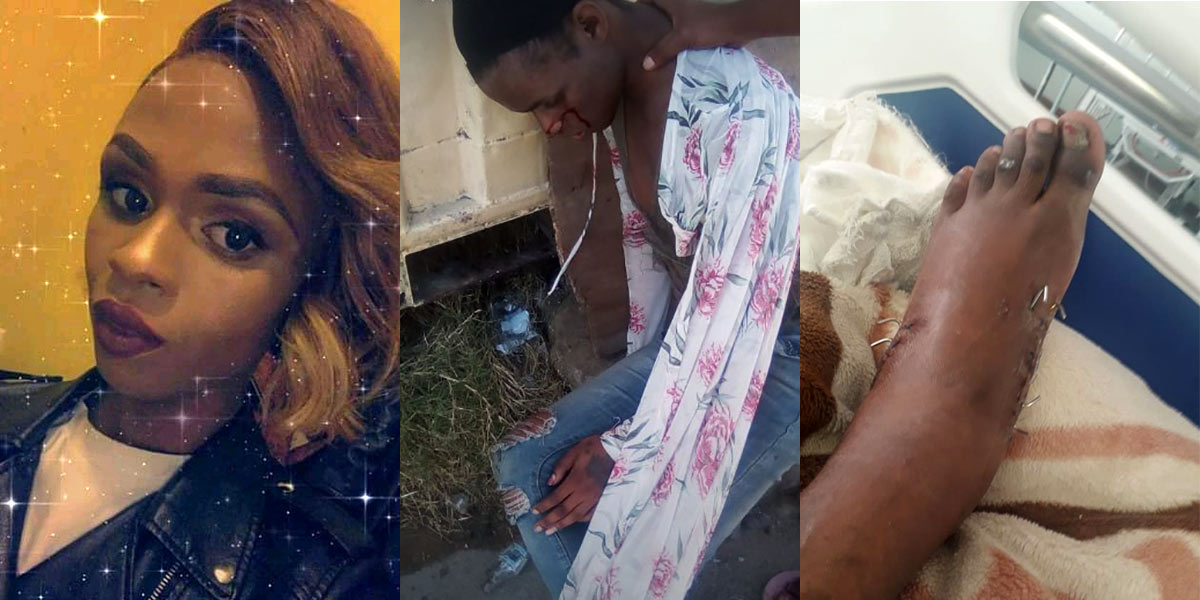 Siphosethu Nkololo, a transgender woman from PE, suffered serious injuries in the attack

Attacks on LGBTQ+ people have been on the rise over the past few weeks, including the serious hate crime assault of a transgender woman in Port Elizabeth.

Twenty-five-year-old Siphosethu Nkololo has been left with debilitating and painful injuries after an altercation with a taxi driver in Motherwell, a township in Nelson Mandela Bay.

She told MambaOnline that on the morning of Sunday 23 August she was chatting with her friends in the street when the man grabbed the weave off of her head.

“He started insulting me with his two friends, calling me stabane and moffie [both queerphobic slurs] and telling me that I’ll never be a woman,” Nkololo says. “I tried to ignore him and asked him to please give me weave back.”

She claims that the man responded by grabbed her from the taxi window while starting the vehicle. He then allegedly pushed her and drove off at speed, driving over her left foot.

In great pain and bleeding, Nkololo was taken to the hospital by her friends where she received treatment for her injuries, which included a broken foot that required surgery.

The ordeal has left Nkololo on crutches and she is unable to return to work as a customer service consultant until she recovers from a second surgery on her foot.

In addition to the physical injuries, the incident has had a devastating emotional impact. “I’m feeling very scared, I don’t feel safe. I’m shocked and I’m traumatised. I never thought that a human being could do such a thing to another human being,” says Nkololo. “But it happened. I just have to take it one step at a day and keep going.”

In this month alone, we have reported on the rape of a gay 28-year-old man in Welkom, the shooting murder of gay man, Simangaliso Dyasi, in Soweto, and the assault of a transgender woman by police when she attempted to report an assault case.