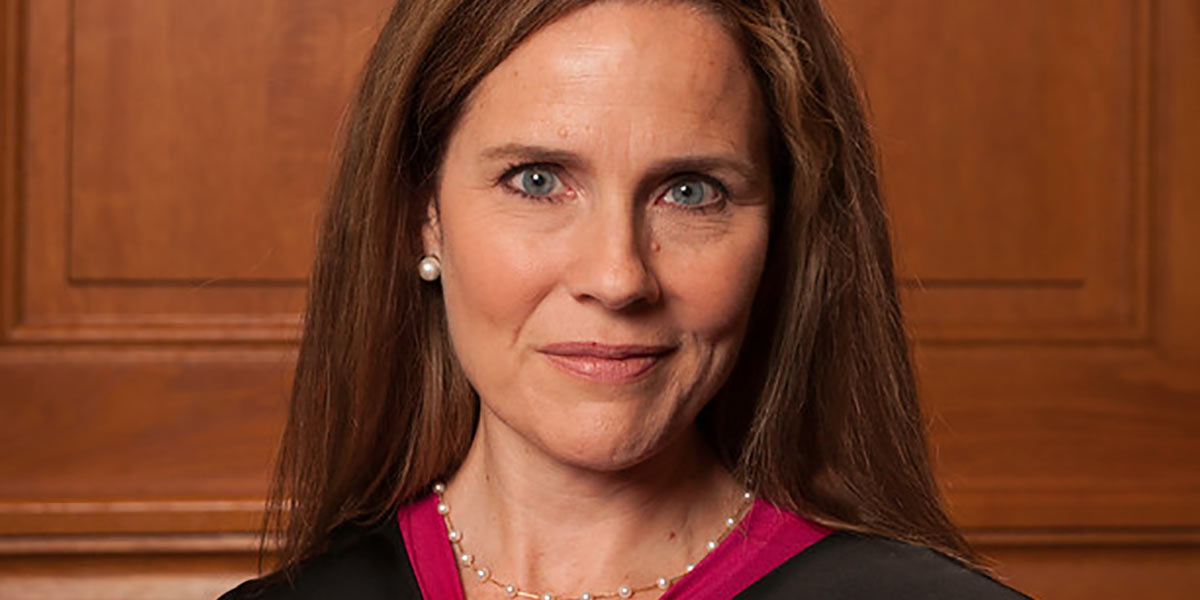 Amy Coney Barrett is said to be “hostile” to LGBTQ rights

On Saturday, Trump confirmed speculation that he would choose the 48-year-old New Orleans-born lawyer, jurist, and academic to take the position left vacant after the recent death of civil rights-supporting justice, Ruth Bader Ginsburg.

As a known conservative, Barrett’s appointment will see the Supreme Court lean towards the right. The powerful role is a position for life, which means that if confirmed by Congress, Barrett could have decades of influence as one of the justices of the country’s highest court.

The Human Rights Campaign (HRC) has accused the Trump administration of trying to rush through a replacement for Ginsburg as the country grapples with the Covid-19 pandemic and just weeks before the US presidential election.

“If she is … confirmed, Coney Barrett would work to dismantle all that Ruth Bader Ginsburg fought for during her extraordinary career. An appointment of this magnitude must be made by the president inaugurated in January,” said Alphonso David, HRC President.

Barrett currently serves as a judge on the Court of Appeals for the Seventh Circuit, and earlier in her career was protégé to former Supreme Court Justice Antonin Scalia, a steadfast opponent of LGBTQ rights.

HRC said that Barrett has “demonstrated hostility toward LGBTQ rights in her words and rulings”. This includes opposing the Supreme Court’s 2015 legalisation of same-sex marriage and efforts to include transgender individuals under anti-discrimination protection based on sex.

Barrett, who is also accused of misgendering transgender women as “physiological males,” is further believed to oppose abortion rights and has criticised a ruling upholding the Affordable Care Act, which has helped millions attain affordable healthcare.

The HRC pointed out that the day after the election on 3 November, the Supreme Court will hear a significant case which considers whether governments must allow taxpayer-funded organisations to discriminate against LGBTQ people when providing critical services.

“A ruling hostile to equality in this case could have staggering consequences for American social safety net programs including services for veterans, people experiencing homelessness, runaway youth, refugees, and those needing emergency shelters and services,” said the organisation.

“[Barrett’s] hostility towards many of society’s most marginalised, victimised and vulnerable groups raises serious concerns about her ability to be impartial and fairly consider the rights of all who come before the court, including LGBTQ people; therefore, the Human Rights Campaign opposes her nomination in the strongest terms and will work steadfastly against it,” the group concluded.