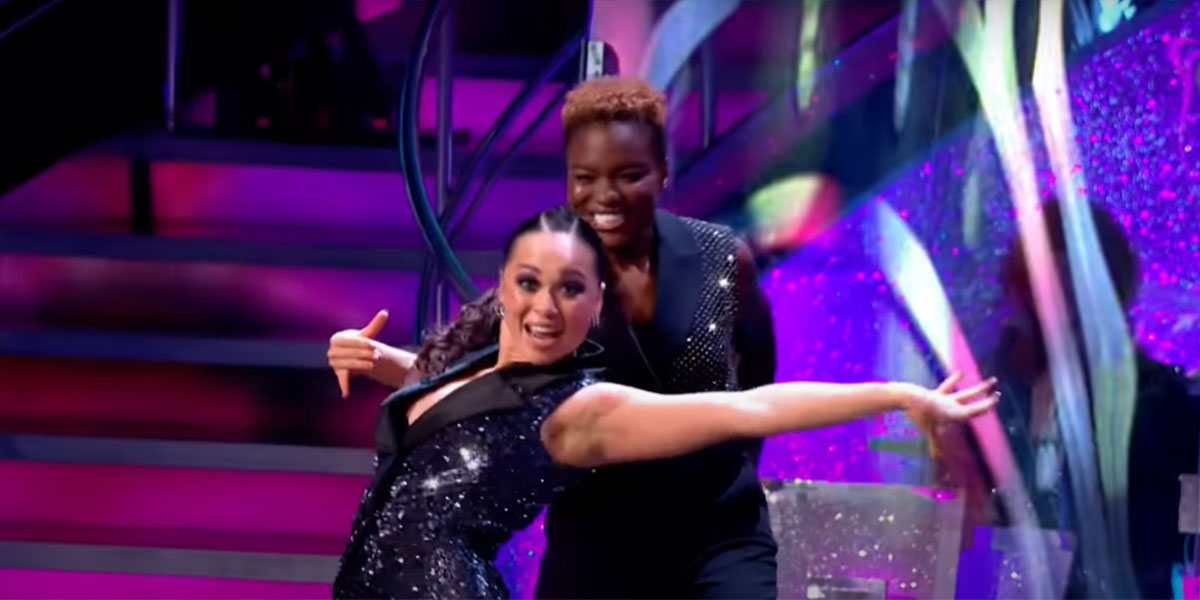 The first Strictly Come Dancing episode featuring a celebrity same-sex couple has proved to be a ratings hit in the UK.

According to reports, Saturday’s 18th season opening episode had the highest opening show ratings for Strictly in three years.

The latest BBC One series has broken new ground by including Olympic boxing champion Nicola Adams dancing with a same-sex partner.

Her partner for the competition was revealed in the episode to be professional dancer Katya Jones, which delighted both women and the audience.

“I am super excited to be paired with Katya, absolutely buzzing,” said an excited Adams, while Jones described their pairing as “a dream, honestly.”

Jones later commented: ‘I think the beauty of this partnership is… it’s never been done before on Strictly. So, basically, we’re free to do what we want, there’s not really set rules!’

This is the first time that there is a competing same-sex couple in the show’s 16-year history.

Up to 9 million people watched the season premiere episode, with the show taking 42.2% of the timeslot’s audience.

Adams, who identifies as bisexual, was revealed to be part of the show’s 2020 lineup in September after months of speculation.

The 37-year-old is the first female and openly LGBT person to become an Olympic boxing champion, winning gold medals at London 2012 and Rio 2016 in the flyweight division.

She retired in 2019 over concerns that further damage to her eye in the ring could result in permanent loss of vision.

While Strictly Come Dancing has previously featured routines with same-sex couples, these have been restricted to one-off dances between the show’s professional dancers, such as South Africa’s Johannes Radebe.