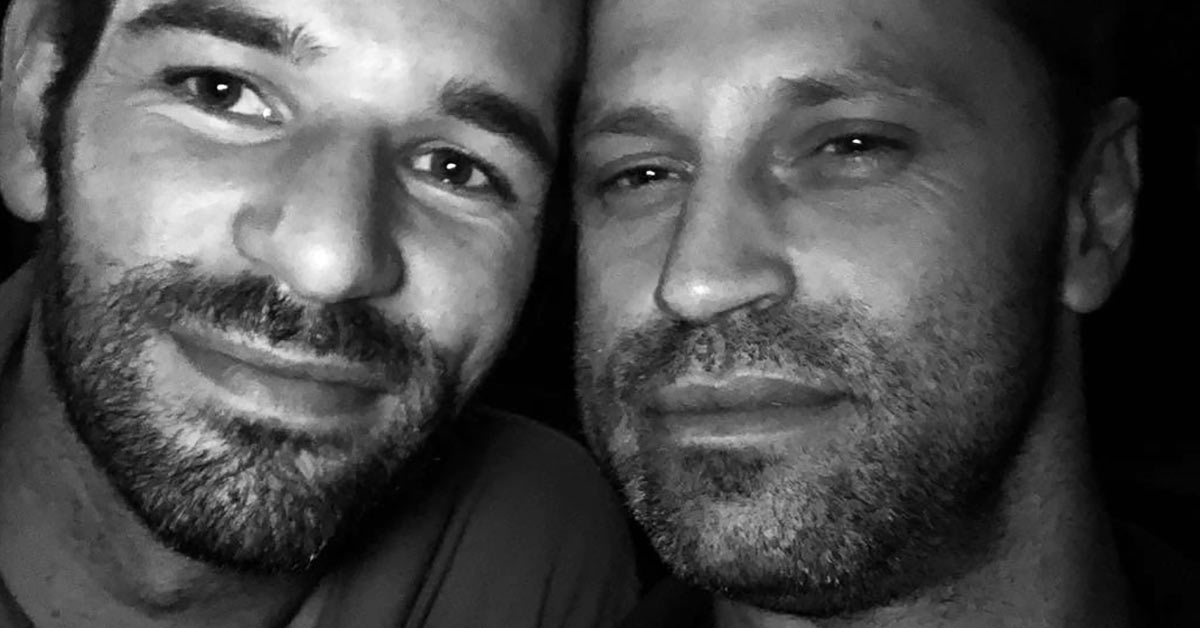 Gerhard Daffue and Bertie Fick were attacked by a crocodile (Pic: Facebook)

A Gauteng man is being praised for risking his life in a valiant struggle to free his boyfriend from the jaws of a deadly crocodile.

According to Pretoria Rekord, Bertie Fick (40) and Gerhard Daffue (34), a couple from Centurion, went on a short fishing trip to Rust de Winter resort in Limpopo on Friday 27 November.

Fick’s sister, Mercia du Plessis, wrote on Facebook that when he walked into the resort’s dam to throw in his fishing line, he was attacked by the large crocodile.

“Gerhard turned around and just saw the croc’s mouth completely around my brother. Without hesitation, he jumped in and with all the strength he could find within himself tried pulling the croc’s mouth open as the croc pulled them both down,” she said.

Repeatedly hitting the animal, Daffue eventually managed to force the crocodile to release Fick. He pushed his partner away from danger and the crocodile thankfully swam away.

“He took his shirt and tightened it around my brother’s leg and only then saw the damage to my brother’s back and stomach,” said du Plessis.

Daffue covered Fick, who had a large open wound, with a blanket and drove him to the hospital. News24 reports that Fick sustained serious bite injuries, including a punctured lung and kidney. He remains in intensive care.

Daffue also suffered injuries to his hand while trying to save his boyfriend and has had to have reconstructive surgery to save a finger on his left hand. 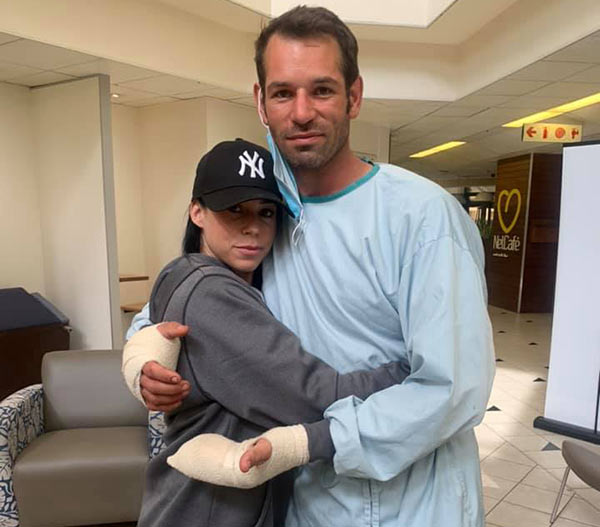 Du Plessis, who claims that the resort does not have sufficient warnings that there are crocodiles in the dam, has praised Daffue as a real-life hero.

“We would have never known what happened to my brother if Gerhard was not there,” she said.

“Bertie told him that he had no chance with the croc he had no power. The croc shook him and twirled with him as if he was a little muppet. Even the doctors are speechless with how they both are even alive.”