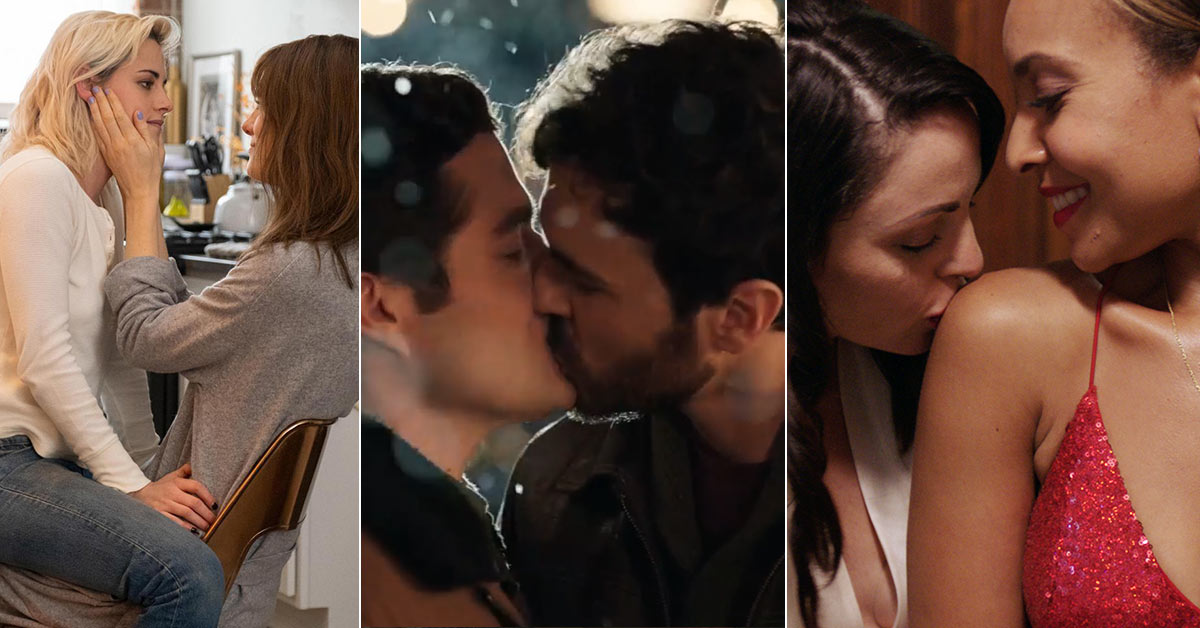 The age of queer Christmas rom-coms is here – and it’s about time!

Let’s not beat around the bush: if 2020 was a Christmas gift, it’d be a lump of coal – and goodness knows, we’ve tried our best to be nice!

It’s worth remembering that even lumps of coal have the potential to be diamonds, and at least this year has also gifted us more LGBTQ-themed holiday films than any of the years before it.

You might have heard about the bumper crop of new festive films that have been released in 2020, so here’s all the queer Christmas movie cheer to look out for this December.

Released by the American cable channel Lifetime, The Christmas Setup is this network’s first LGBTQI+ Christmas movie. It features real-life spouses Blake Lee and Ben Lewis in the main roles of Hugo and Patrick, with the beloved The Nanny star Fran Drescher playing Hugo’s mother.

Returning home to Milwaukee with best friend Madelyn (played by Ellen Wong), Hugo becomes aware of his mother’s matchmaking plans when his high school friend and former crush Patrick arrives on the scene.

Harper brings Abby home for the holidays, only for Abby to realise that Harper has not yet come out to her family. Not surprisingly, this throws a spanner into Abby’s plans of proposing to Harper over Christmas. The film was released on Hulu on 25 November.

Based on the YA novel of the same name, Let It Snow was released on Netflix on 8 November. The movie is a romantic comedy featuring an ensemble cast, and while none of the plotlines should be unfamiliar to fans of rom-coms, the queer love story in Let It Snow makes it well worth a watch.

The Hallmark Channel released no less than 23 holiday-themed movies in 2019 – none of them featuring gay couples. In fact, when the network aired an ad showing two women getting married last year, it came under heavy fire from the group One Million Moms, who called on their supporters to boycott the channel and all Hallmark products. Things are definitely different this year.

The Christmas House tells the story of a family coming together to recreate the Christmas house, and hopefully also find a solution to the challenges plaguing the different members of the family. Mean Girls star Jonathan Bennett (Brandon) and Brad Harder (Jake) play spouses anxiously waiting for news about adopting their first child when they visit Brandon’s family as the family house is about to be sold.

Jenny had a huge crush on her friend Gabby when they were young, but it isn’t until she crosses paths with her guardian angel, Azrael, that she gets a chance to see how things would have turned out, had she and Gabby pursued a life together – this, despite the fact that she meets Azrael on the eve of her wedding to her long-time male partner. This film contains the characteristic bit of magic that has become a staple of Christmas movies.