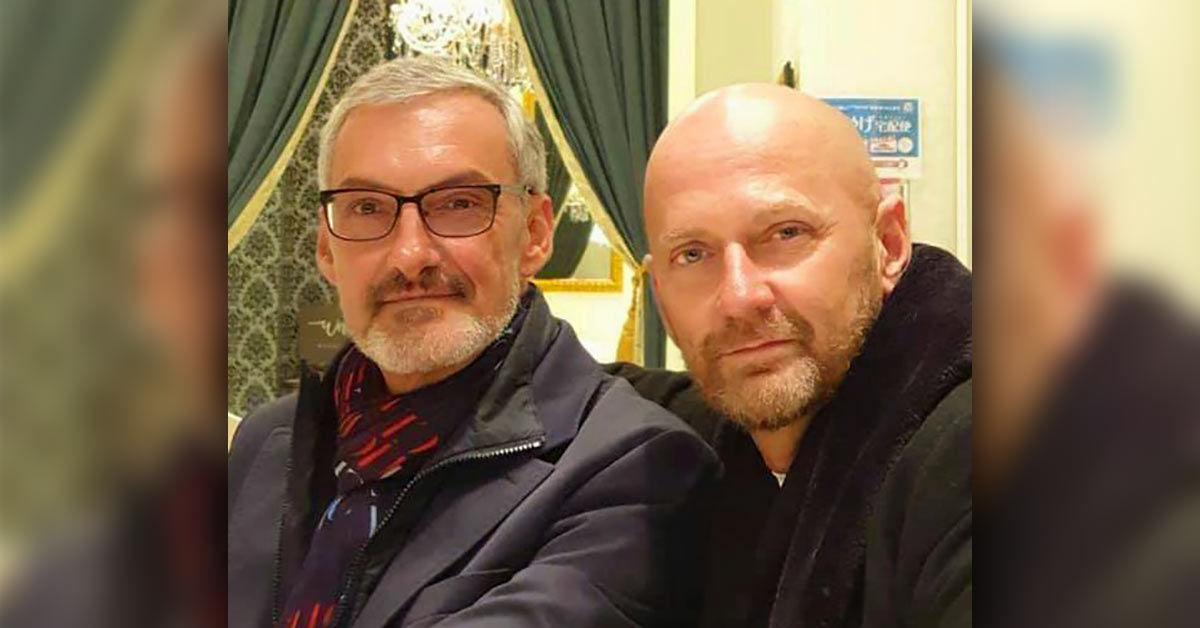 A South African man whose husband died tragically in Zanzibar, Tanzania says he’s being ignored and humiliated by the authorities who refuse to recognise his marriage.

In August last year, Hannes Human, 55, was in Zanzibar relaxing for a few days after being stuck for five months in Burkina Faso – where he had been working – due to Covid-19 restrictions.

His husband of 16 years, events designer Johann Els, was in South Africa finalising the couple’s long-planned dream move to Portugal and counting down the days till they could finally be reunited.

Then tragedy struck. On his second day in Zanzibar, Human cut his foot while exploring a coral reef near his hotel. He developed an infection that caused his toes to swell up. Although he went to a local doctor, the medication did not appear to help.

“On the Thursday night, he told me that he thought he had malaria again as he felt the same symptoms,” Els told MambaOnline. “The Saturday I spoke to him in the morning and after that never again. The Monday morning my friends got hold of the hotel and they were informed that Hannes had passed away as a result of a heart attack.”

Els, 54, describes his late husband as a charmer. “He never let his intelligence make you feel less of a human being. Everyone he met loved him from the onset.” The couple had been together for 19 years. They met when Human stopped to help Els change a flat car tyre on the side of the road. “I just asked him to get me coffee and the rest is history.”

Now, not only was the devastated Els faced with overwhelming grief over his husband’s shocking death but he also had to arrange for his body to be repatriated to South Africa. That’s when he started facing roadblocks put up by the Tanzanian authorities.

International funeral company Thom Kight was asked to assist with the repatriation. “They were unbelievable but they had no idea that me trying to reclaim my husband’s body would be so difficult.”

Because Tanzania does not recognise same-sex marriages (and harshly criminalises any same-sex relationships), the local authorities refused to accept the couple’s marriage certificate as legitimate. Els thus had no standing as the next of kin.

“We were informed that they needed either a ‘proper’ marriage certificate or a blood relative to claim his body”; a dehumanising stance that belittled this loving relationship of almost two decades. After Human’s family intervened, the body was eventually released.

Els has since come up against another hurdle. He has for months been pleading for Human’s autopsy report from the morgue in Dar es Salaam; the same institution that initially rejected his marriage certificate.

“Because of the nature of Hannes’s work, his life policy was underwritten by Lloyd’s of London who deals with corporate accidental deaths. In order for his life policy to pay out they need the cause of death,” explains Els.

He believes that the delays and lack of response by the morgue to his repeated queries are rooted in homophobia. “The initial contact with me as Hannes’s husband was when this homophobic seed was planted. They have been ignoring me for almost six months on email and they will only respond to my sister.”

Els says he has asked the South African Embassy in Dar es Salaam for help but “they have not lifted a finger to assist.”

While the matter is unresolved, he is unable to find closure. “My events business closed its doors, our house got sold, our belongings got shipped to Portugal – all this whilst I had to deal with my husband’s death. Now my emotional and financial support is gone, the whole estate is frozen,” he says.

Els still hopes that someone in South Africa’s Department of International Relations and Cooperation will assist him in resolving the ongoing stalemate with the Tanzanian authorities.

“I know that everyone has a story of sudden loss, especially over this Covid-19 period, but the hold up is robbing me from my grieving process and from making peace with why a good man died alone in a hotel room. And this is because I simply asked to reclaim my husband’s body.”

Els has warned LGBTQ visitors to be wary when travelling to Zanzibar, which is a popular tourist spot. “It is one of the most beautiful places on earth, the people are amazing and the hotel staff is incredible. But, if God forbid anything happens, always have two emergency contact details. And, I hate saying it, but don’t state that your number one contact is your same-sex spouse.”