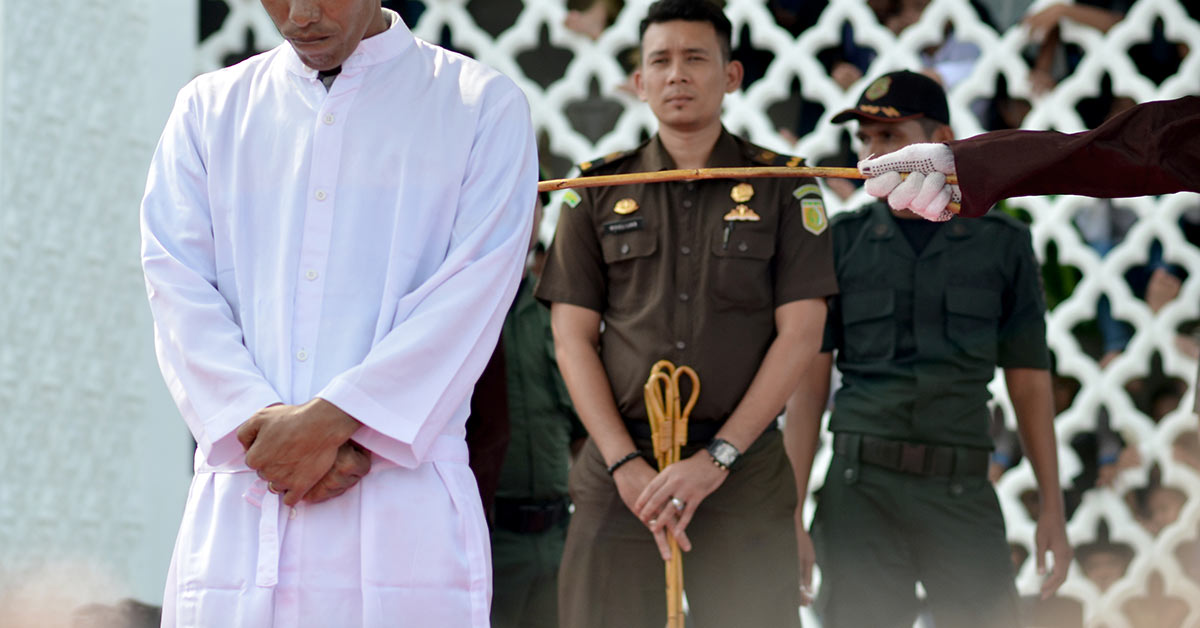 Two men convicted of having gay sex in Indonesia have been “mercilessly” flogged 77 times each in public as punishment.

According to Human Rights Watch, the men were the victims of a vigilante mob that raided their apartment in Aceh province in November. They were allegedly caught having sex and were handed over to the authorities.

The organisation noted that the couple’s whipping is recognised as torture under international law.

According to The Telegraph, the men, aged 27 and 29, were whipped across the back by five hooded enforcers who took turns while dozens watched on. They winced in pain and the mother of one of the men fainted during the flogging.

Homosexuality is technically legal in most of Indonesia, except in Aceh, where penalties for Muslims include public floggings and fines under Sharia (Islamic) law.

The province has also criminalised behaviours including women not wearing a hijab, drinking alcohol, gambling and extramarital sex.

Over the last few years, Indonesia has dramatically reversed its general tolerance towards LGBTQ people, taking on a more conservative and oppressive approach to sexuality and gender identity.

LGBTQ people are routinely discriminated against, abused and arrested, often under the country’s anti-pornography laws. Emboldened morality police have raided private residences and businesses, while the government has moved to censor LGBTQ expression and representation in the media.

In 2019, the mayor of the city of Padang called on the army to round up gay people so that they can be exorcised or “guided” into becoming straight.

Last year, police raided what they dubbed a “gay party” in the capital city of Jakarta and arrested and charged nine men with the crime of “facilitating obscene acts” and for violating the country’s pornography law.

“The crackdown has contributed to a major public health crisis: HIV rates among men who have sex with men were already spiking, and the attacks of the last five years have stoked fear and inhibited vital HIV prevention work,” said Kyle Knight Senior Researcher in the LGBT Rights Program at Human Rights Watch.

“The Indonesian government has made commitments in principle to protect LGBT people. But it seems President Joko ‘Jokowi’ Widodo’s slogan of ‘unity in diversity’ does not genuinely extend to protecting everyone – including the two men mercilessly flogged…” Knight added.