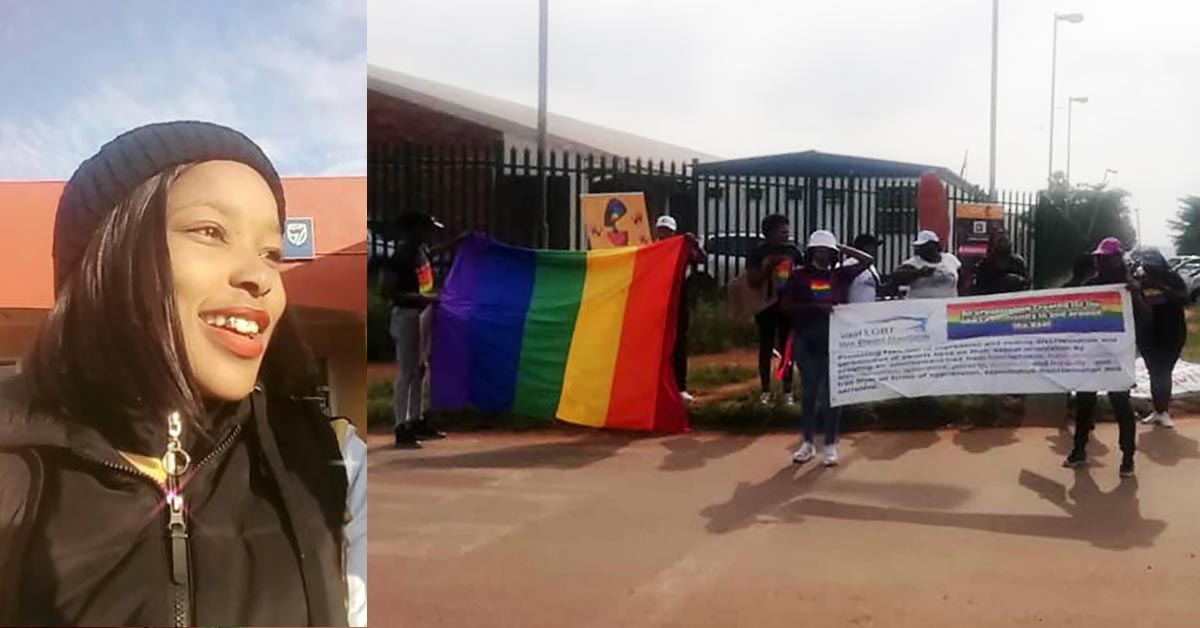 Activists are relieved that the man alleged to have viciously attacked a queer Gauteng couple, killing one woman, will remain behind bars for now.

Simon Mokoena, 58, is accused of assaulting Bonang Gaelae, 29, and her partner of four years, who prefers to be identified as Chippa, in Sebokeng on 12 February.

Following an argument, Mokoena is alleged to have stabbed and hit Chippa with a brick, and stabbed Bonang in the neck. It’s claimed that he knew the couple and had previously made advances on Bonang.

Bonang was driven to the hospital by a friend in a desperate attempt to save her life but she did not survive the brutal attack.

On Wednesday, Mokoena appeared in the Sebokeng Magistrates Court where he was expected to apply for bail.

A group of activists attended the hearing to show their support for the victims. They gathered outside the court holding rainbow flags and placards calling for justice for all victims of hate crimes and gender-based violence.

“None of us are free when they are still raping and killing us,” asserted one banner. The activists had earlier called for the state to deny the alleged killer bail as he could pose a danger to Chippa who lives in the same community.

Mokoena’s legal representative, however, asked for more time to investigate the matter before applying for bail and the case will resume in court on 15 April. “As long as he is still inside, it’s good for us,” activist Azania Sengwayo told MambaOnline.

Meanwhile, there are plans to hold a memorial service for Bonang on Sunday, 28 February, at Chippa’s house in Zone 13 Sebokeng from 11am. Attendees will also walk to the crime scene. For more information, please contact Kagiso on 071 425 8623.