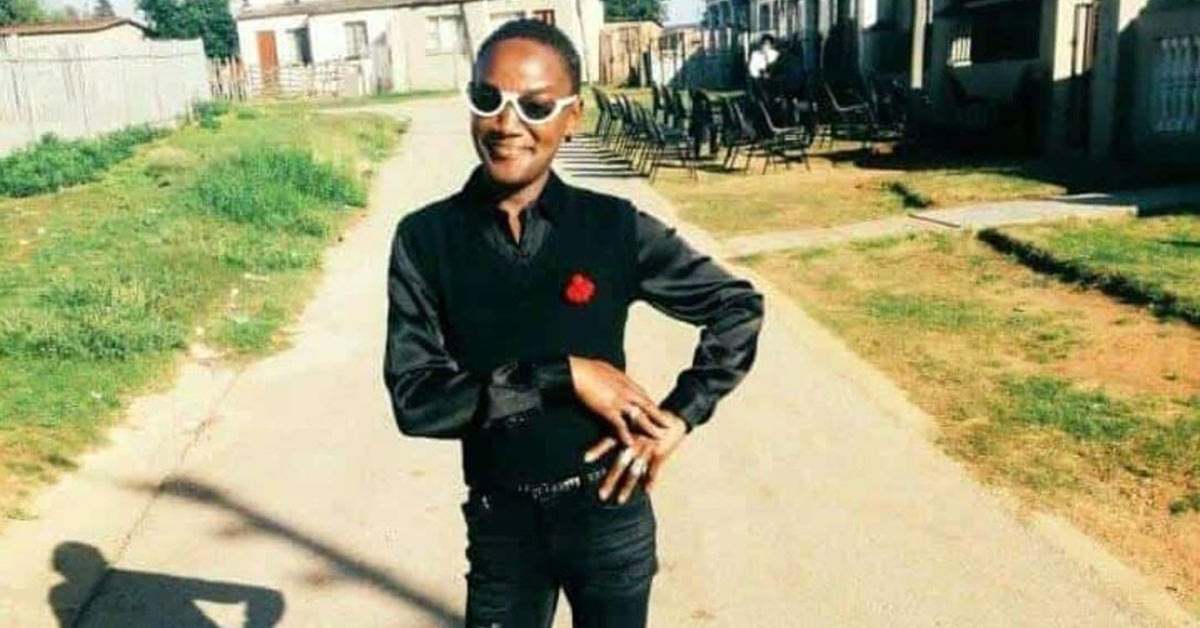 Andile Ntuthela, also known as Lulu, is believed to have been brutally murdered

South Africa’s LGBTQ+ community is reeling over the horrific murder of Andile Ntuthela, a queer person in the Eastern Cape.

The remains of the 41-year-old Ntuthela, also known as Lulu, were discovered in a shallow grave at the house of the man arrested for his murder in KwaNobuhle, outside of Uitenhage.

The killing comes just days after Sphamandla Khoza, a gay man from Inanda in Durban, was stabbed and slashed to death in a suspected LGBTQ+ hate crime.

According to reports, Ntuthela’s body was mutilated and burned beyond recognition. They were last seen by their family on Wednesday 31 March when they apparently went out to visit a friend.

MambaOnline has seen photographs alleged to be of the crime scene showing a hole in the ground with what appears to be the charred remains of a person next to it on a blue sheet of plastic.

The Herald revealed that Ntuthela’s clothes had been found in the suspect’s house and that he wore the victim’s cap at his first court appearance on Monday. It’s been claimed that the two knew each other well.

In a statement, police confirmed that a 28-year-old man had been charged for the murder. They were first called on 31 March after the suspect’s family alleged that he caused damage to his home.

The family were also concerned that “he may have been involved in some other criminal activity.” Police found bloody clothes at the home and he was sent for a mental health evaluation.

After being released, he was arrested on 9 April and on 10 April police went back to the house and then discovered Ntuthela’s body buried in the yard. Police said that the “murder is suspected to be LGBTQI linked.”

The suspect appeared in court on Monday on a charge of malicious damage to property and at the Kwanobuhle Magistrates Court on Tuesday 13 April for Ntuthela’s murder.

Activists held a picket outside the court demanding “justice for Lulu” and all victims of hate crimes. The matter has been postponed until 1 June to allow for further investigations.

The Gay and Lesbian Alliance of South Africa (GLASA) said in a statement that the recent spate of queer murders had left many in the community “feeling like prisoners in our homes and public spaces.”

The organisation called for unity, harsher sentences for perpetrators, the prioritisation of LGBTIQIA+ hate crimes and stricter legislation so that “LGBTIQIA+ communities, particularly the townships and rural areas, enjoy their constitutional freedoms of equal opportunities, justice and rights.”

The NMB LGBTI Sector expressed its “sadness and anger” at Ntutela’s murder, noting that “Lulu was loved dearly by their community and family.”

The Sector urged “the community to not be silent on such cases and to speak out” and for the “government to intervene and work with the sector in engaging the community.” It added that “Hate crimes don’t only affect the victim and family, it affects the whole community in a negative way.”

#JusticeForLulu The local LGBTI community and ally are already rallying in the local court! pic.twitter.com/Pdq1L94cnh