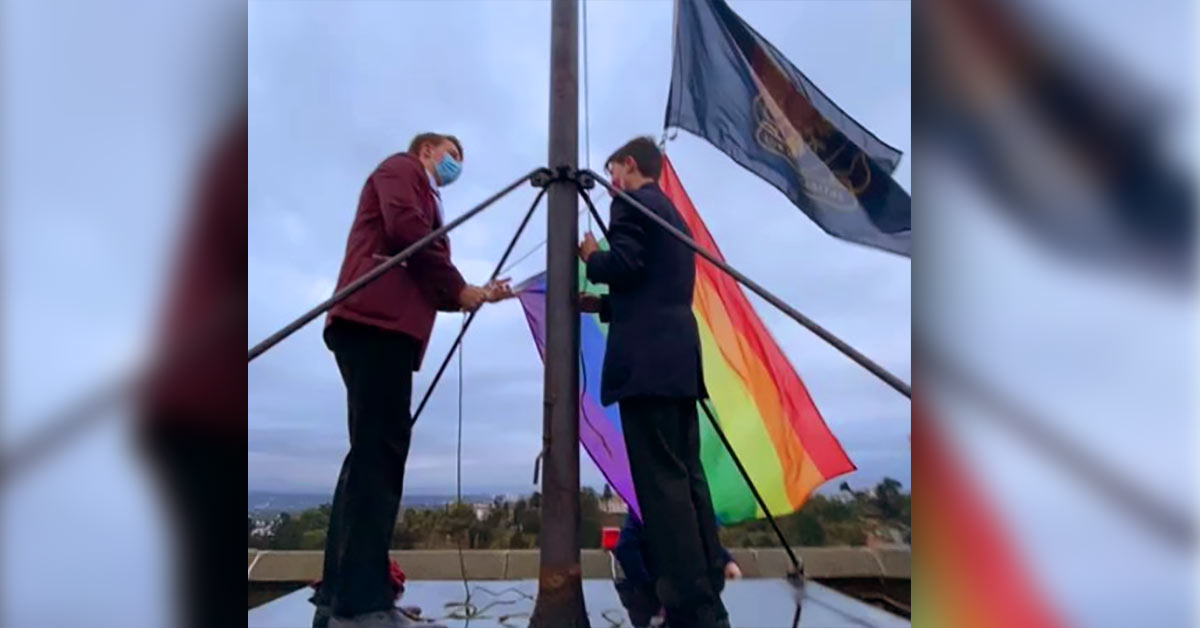 A video posted on Instagram on 1 June showed students raising the flag from the 123-year-old Christian boys’ school’s Bell Tower on an overcast morning.

The flag will fly each Tuesday for the month of June to bring focus and awareness to the dignity of the LGBTQI+ community, asserted the school. It’s the second year that St John’s has raised the rainbow flag.

“As a community, we recognise, value and promote diversity collectively. And while we understand that recognition will not be the same for each of us, we are confident that we can find ways to enjoy this shared institution in a way that makes it a home for us all,” commented Stuart West, Executive Headmaster.

The school also raised the Black Flag to mark Youth Month and as part of the campaign against racism and gender-based violence. The Black Flag will be raised each Thursday this June.

“In a society so rampantly plagued by violence against women and the race-based marginalisation and discrimination of our fellow South Africans, we raise the flag in solidarity with the global fight against discrimination of the marginalised and disenfranchised,” said Kgosi’tsile Mashugane, Student Affairs.

“We raise the flag to remind us that no matter how great our progress, the task is not complete until we can truly stand as one, united by our humanity.”

St John’s College was founded in 1898 and follows the traditions of the Anglican Church. The school accepts boys from Grade 0 to Grade 12, and boys and girls in The Bridge Nursery School and Sixth Form.

LGBTIQ+ students often face discrimination and bullying in schools in South Africa. According to a 2016 Love Not Hate report by OUT LGBT Well-being, 56% of LGBT South Africans surveyed said they’d experienced discrimination based on their sexuality or gender identity while attending school.