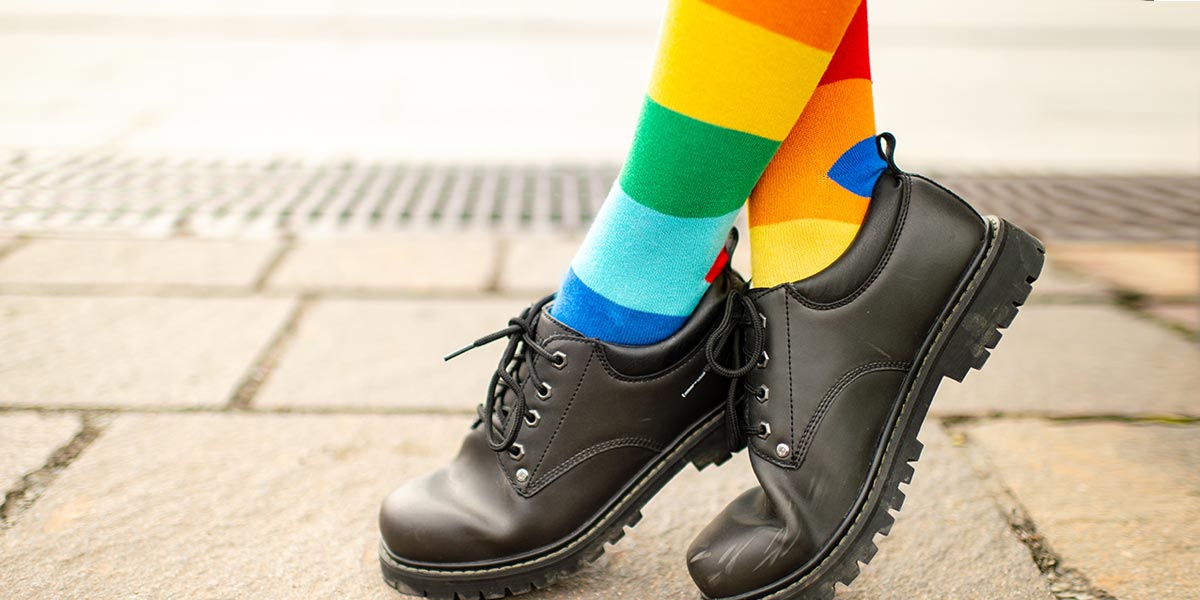 LGBTIQ+ students at an Afrikaans high school in the Western Cape have been harassed, threatened and blocked from marking Pride Month because it could be “disruptive”.

A learner at DF Malan High School in Bellville earlier quested permission from the school administration to commemorate LGBTIQ+ Pride Month, a request which was denied.

On Monday, a group of around 40 pupils, both LGBTIQ+ and allied students, nevertheless went ahead with a low-key gathering at break time to mark the occasion. A few wore rainbow caps and buttons and held a rainbow flag.

It’s understood that at some point other boys started verbally harassing, intimidating and threatening members of the group with queerphobic slurs. It’s also been claimed that the LGBTIQ+ students were afterwards added without their permission to a WhatsApp group called “F*ck The F*ggots”.

A least two learners complained about this treatment to the Vice Principal who appeared sympathetic. The next morning, however, each class was called to see Principal Sias Conradie who was reportedly less supportive.

It’s been alleged that while he condemned the homophobic abuse, Conradie also told the LGBTIQ+ students that they had put themselves in that position. He furthermore reiterated that no Pride commemorations of any kind are to take place at the school.

“He said, essentially, that they had painted a target on their backs and they provoked it,” the parent of a student who was among the Pride celebrants told MambaOnline. He alleged that Principal Conradie insisted that “They should not push their personal politics or views onto others.”

The parent, who asked to not be named so that his child would not be targeted, described the incident and the school’s actions as “totally unacceptable”. He added: “It’s unconstitutional to take away people’s right to freely associate and I think it’s morally wrong.”

MambaOnline sent principal Conradie several questions about the incident but he responded with a generic media statement from the school’s governing body.

In it, the school admitted that it had rejected the student’s request to commemorate Pride. “The principal, in consultation with members of the Governing Body, decided not to grant the request. The opinion was held that such an opportunity could lead to tension and division,” said the school.

It further suggested to the learner that students rather celebrate Youth Month, “which would be more inclusive.”

“There is a structural problem with homophobia at the school…”

The governing body fails to understand that its ban on Pride celebrations paints LGBTIQ+ students as intrinsically disruptive and divisive simply because of their identity; a shocking message to pass on to its learners. It also does not appear to recognise that it is this queerphobic stance that leads to a culture that allows such incidents, not the LGBTIQ+ students’ actions.

The school commented that it regretted the incident “and we realise that we need to work harder on our plans to achieve mutual respect between each other.” It said that it will “investigate the learners who violated the school’s code of conduct” and is “supporting learners who have been traumatised by the incident.”

The school asserted that its goal remains to be “inclusive and create a safe space for every learner” and to do “everything in its power to prevent the recurrence of these events”. It also pointed out that students have access to an app to anonymously report incidents of bullying. But the ban on Pride Month commemorations appears to remain firmly in place.

“In my opinion, there is a structural problem with homophobia at the school,” said the parent, who noted that the school promotes an ethos of ‘Christian values’.

“There’s homophobia coming from teachers and there are incidents with older boys. The school says it’s inclusive but that’s just what they say. It’s implicit but never directly said, that being LGBT is sinful.”

An online petition has been launched demanding that DF Malan High School “give a public apology for silencing the queer community”, discipline the queerphobic students for their behaviour, and “hold educational seminars for both learners and teachers to promote inclusion in the school.”

DF Malan’s discriminatory and divisive actions are in stark contrast to those of St John’s College, a Christian boys’ school in Johannesburg. Last week, its students marked Pride Month by raising the rainbow flag which will be flown once a week during June.

“This kind of thing will never happen at DF Malan,” said the parent.