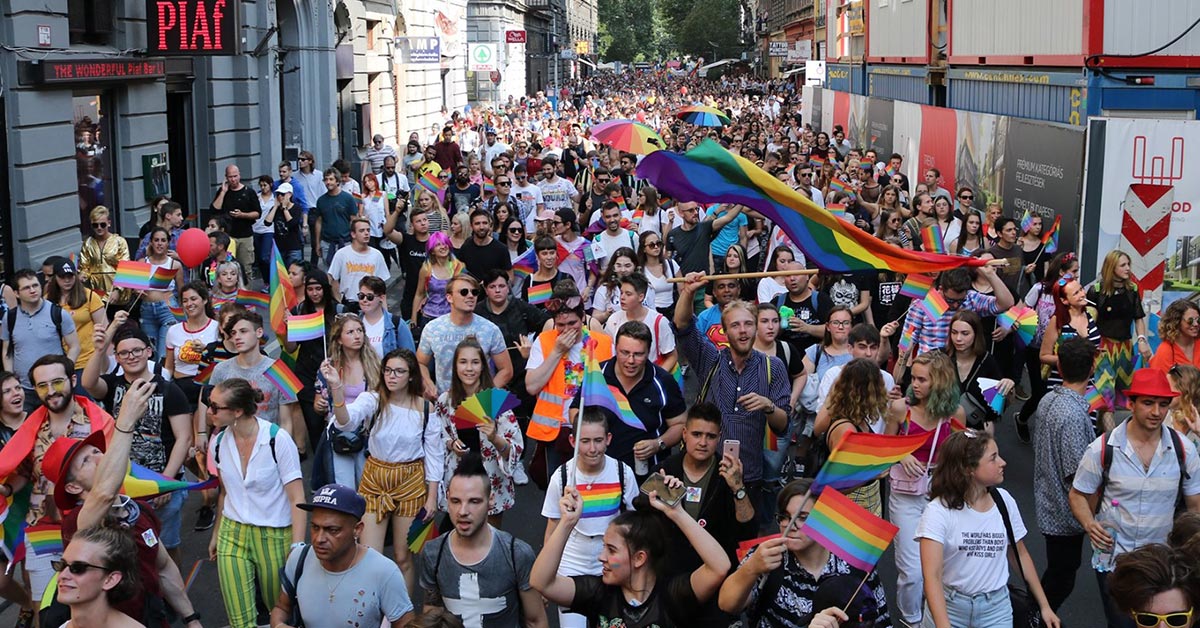 The LGBTIQ community in Hungary is under threat (Pic: Budapest Pride / Facebook)

The European Union has warned Hungary that it will take action if the country does not repeal its repressive new anti-LGBTIQ law.

On Thursday, the European Parliament passed a resolution in which it “condemns in the strongest possible terms” the recent legislation, denouncing the dismantling of democracy and the rule of law in Hungary.

Adopted with 459 in favour, 147 against and 58 abstentions, the resolution describes the Hungarian law as being in clear breach of the EU Charter of fundamental rights, the Treaties and EU internal market legislation.

The law, which came into effect this week, restricts showing or exposing children to any content about LGBTIQ people or issues in the media and in schools on the basis that this would be harmful to them. It effectively equates promoting LGBTIQ inclusion to paedophilia.

Members of the European Parliament (MEPs) stressed that the law is not an isolated incident, but “rather constitutes another intentional and premeditated example of the gradual dismantling of fundamental rights in Hungary”, where state-sponsored LGBTIQ-phobia and disinformation campaigns have become tools for political censorship.

In May 2020, Hungary also banned transgender and intersex people from legally changing their gender or sex assigned at birth.

MEPs called on the European Commission to launch an accelerated infringement procedure and to use all tools in the Court of Justice, such as interim measures and penalties for non-compliance if necessary.

They also called on EU member states to bring the matter to the court should the Commission not act, and to launch an inter-state application to the European Court of Human Rights.

In a speech on Wednesday, President of the European Commission, Ursula von der Leyen said that Hungary’s law is “shameful” and “goes utterly against the fundamental values of the European Union – the protection of minorities, human dignity, equality and respect for human rights.”

“This law uses the protection of children – which we are all committed to – as a pretext to discriminate heavily against people on the basis of their sexual orientation,” said von der Leyen.

“Europe will never allow parts of our society to be stigmatised: be it because of whom they love, because of their age, their ethnicity, their political opinions, or their religious beliefs.”

She warned that “if Hungary does not remedy this situation, the Commission will make use of its powers…”

Hungary’s defiant rightwing Prime Minister, Viktor Orban responded by accusing the European Parliament and the European Commission of interfering in the country’s sovereignty. “Here Brussels bureaucrats have no business at all, no matter what they do we will not let LGBTQ activists among our children,” he said.