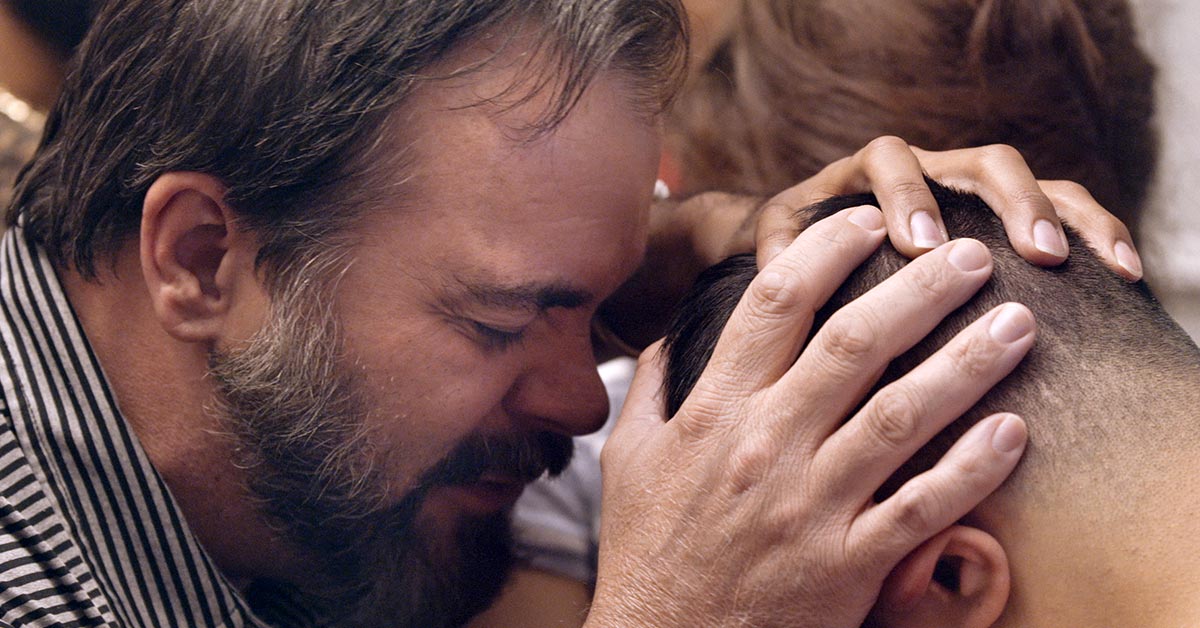 Former leaders of the ‘ex-gay’ movement share painful experiences in Pray Away, a powerful film about anti-LGBT conversion therapy

The new Netflix documentary Pray Away is a very powerful film.

In it, repentant former leaders of the disbanded US group Exodus International – which promoted so-called ‘conversion therapy’ in order to change people’s sexual orientation or gender identity – share their painful experiences and give viewers rare insights into the so-called ‘ex-gay’ movement. It is eye-opening.

Julie Rodgers, a survivor of anti-gay ‘conversion therapy’ and a former spokesperson for Exodus, can now celebrate marrying another woman, but she recalls the years of suffering she endured denying her true nature as a lesbian. “I suffered from trauma, and it resulted in extreme forms of self-hatred. But I survived,” she says.

The documentary, directed by Kristine Stolakis and released globally by Netflix on 3 August, combines archival footage with present-day narration. It includes interviews with four former Exodus leaders, who reflect on the deep wounds that ‘conversion therapy’ left in them and in others, and explain how they got involved in this kind of activism in the first place. All have renounced their past and are now living openly as bisexual or gay people.

Founded in the US in 1976, the conservative Christian ministry Exodus was for decades one of the most influential organisations promoting anti-LGBTIQ ‘conversion therapy’ practices. In the film, co-founder Michael Bussee recounts how he realised that his efforts were damaging himself and others.

“We had guys that attempted overdose, attempted suicide because they felt guilty that they couldn’t change,” Bussee says in the film. “I couldn’t continue to pretend that the people I was ‘helping’ were changing.” He left Exodus in 1979.

A recent openDemocracy investigation in Africa revealed how such ‘conversion therapy’ practices have significant negative impacts on the mental health, family relationships and well-being of LGBTIQ people.

A 2018 US study found that young people who underwent ‘conversion therapy’ were “more than twice as likely to report having attempted suicide”.

Exodus was a major agent of dissemination for these practices worldwide. At its peak, it had hundreds of affiliated groups in the US and overseas. It disbanded in 2013, when Alan Chambers, the group’s president, publicly admitted that homosexuality could not be “cured”.

However, its promotion of ‘conversion therapy’ continued outside the US through Exodus Global Alliance, which was headquartered in Canada until two months ago, when the group closed down in anticipation of a new Canadian bill that, if passed, could make its activities a criminal offence. Exodus still has a foothold in Latin America, with offices in Brazil and Mexico.

Footage in Pray Away of Exodus’s annual conferences shows how the group promoted harmful anti-LGBT ‘therapy’, but also became, inadvertently, a place for Christian LGBTIQ people to come together and recognise themselves.

Within Exodus’s numerous affiliated groups, there were highly restrictive rules. Rodgers describes how people could not be friends on Facebook, for example – and how she herself was removed from her softball team as a teenager by her mother and her ‘conversion therapy’ counsellor, and then sent to a Christian university to avoid gay ‘temptations’.

But at conferences, she says, “I remember especially the late-night times when all the leaders were in bed, and we just got to be our little queer selves, and it was, in many ways, one of the few safe places in our lives […] I know that sounds really crazy, because it was an Exodus International conference.”

One of the most powerful moments in the film is a display of remorse by former leaders about the roles they played in the movement.

Randy Thomas, one-time vice-president of Exodus, recalls his conflicting feelings when Proposition 8 (a ban on same-sex marriage) was passed in California in 2008, and massive protests erupted.

Exodus had advocated vocally for the ban, but Thomas recalls, in tears: “It was my community taking to the streets and mourning […] and a voice inside me said, ‘How could you do that to your own people?’”

Pray Away also reveals the political influence of Exodus and similar organisations. Working with conservative allies in government, they took their agenda to Washington to try and block initiatives such as same-sex marriage.

Yvette Cantu Schneider, who joined Exodus in 2008 to work on the campaign for Proposition 8, had been a top anti-gay advocate in the 1990s and 2000s, promoting herself as a “former lesbian”. She had also been a spokeswoman for the Family Research Council, a conservative lobbying group.

“It’s just knowing the fears that people have. What is it that I can say that is really going to scare them if they’re on the fence?” Schneider says about the arguments she once employed against equal marriage (for example: “If sexual orientation or sexual attraction were the basis upon which we were allowed to marry, then paedophiles would have to be allowed to marry six-, seven-, eight-year-olds”, and siblings would be allowed to marry each other).

‘Prop 8’ was ruled unconstitutional by courts in 2010, but that decision did not take effect until 2013, when the ban on same-sex marriage was finally repealed.

Pray Away also shows how ‘conversion therapy’ is still alive today. It begins and ends with clips of Jeffrey McCall, a “former trans person”, who claims that one can “pray away” transgender identity and homosexual orientation.

But when McCall recalls his own history and explains how he founded his group Freedom March to campaign against sexual diversity, there’s no joy or relief in what he says.

Anguish and grief seem to affect those who promote ‘conversion therapy’ as much as those who have endured it, and campaign against it. It is a powerful ending to a powerful film – but it is not a happy one.

This article by Dánae Vílchez was first published by openDemocracy and is republished under a Creative Commons Attribution-NonCommercial 4.0 International licence.