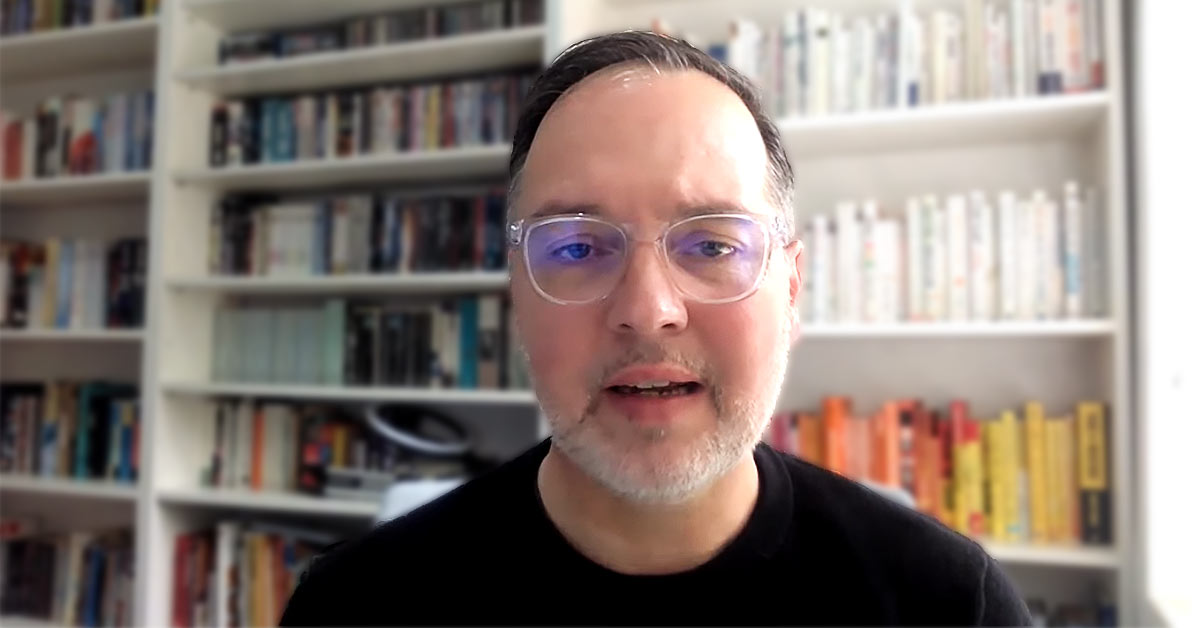 Clive Vanderwagen, a gay former Methodist youth pastor, has vowed to never step into a church again after enduring years of rejection and so-called conversion therapy.

In a heartbreaking and candid YouTube video, the business coach and trainer says he was inspired to open up about his experiences in the “ex-gay” movement by the recent release of the Netflix documentary, Pray Away.

The film examines the now-disbanded American Christian group, Exodus International, which for decades actively promoted programmes around the world that sought to “turn” gay people straight through prayer and pseudo-psychological counselling.

It also explores the deep damage caused to many LGBTQ people who were led to believe that being Christian and queer were incompatible.

Shockingly, the movement was led by gay Christians living in denial who in turn sought to “convert” other LGBTQ people. While Exodus no longer exists, similar religious groups continue today to promote the idea that LGBTQ people are disordered and can be “cured”.

In the 1990s, as a youth pastor, Vanderwagen was also desperate to be accepted by his church and to be loved by God. “I knew that if I was discovered within the church I would probably lose my job” and “while I loved being a youth pastor I was shrouded in fear that I would be discovered,” he says.

After reading a book published by Exodus, he became hopeful that he could finally find a way “to please God” and “to be a real Christian.” Vanderwagen reached out to a South African arm of Exodus, which was the start of his 10-year journey in the ex-gay ministry.

Vanderwagen attended support groups and had one-on-one counselling in which gay people were seen as “sexually broken” and told that they were gay because of issues with their father.

“We spoke about how I needed to present as being straight. We were taught things like how to talk about sports to other men, how to integrate as straight men, how to sit with our legs crossed, with my foot on my knee as opposed to putting my knee over my other knee, because that was too feminine. We learned to speak differently and to be perceived differently.”

He eventually admitted to himself that none of this was working and that he was sinking further into depression. “My love for God was huge, but they were teaching me to despise a part of myself,” he says.

When he told his church that he could no longer deny who he was, “they removed me from all aspects of church ministry…” Vanderwagen eventually “went on a journey of leaving the church and exploring my sexuality and allowing myself to live as a gay man.”

The final straw was when he met his now-husband Frank and asked a Methodist minister to marry them. The minister was willing but the church barred him from doing so and equated blessing Vanderwagen’s union to “praying for a thief before a thief broke into a house…”

He still finds it difficult to forgive the church. “I feel like I robbed myself of 10 years of living life in its fullness and walked around for 10 years believing I was broken,” he says.

Vanderwagen explains that he has chosen to not watch Pray Away because it hits too close to home. But he does urge others to watch it, especially religious leaders.

“I hope that you see the efforts people went through to be different so they could be seen as okay in your eyes. I hope church leaders see how desperate we were to being… loved by God. And I hope you see how much you hurt. God is not a God who hurts people. God is a God who loves. And until the church decides to be a place of love, I will never set foot in a church again.”